Among the countless questions that have surrounded the Founders' Cup of Surfing, whether or not a tech-driven wave would make for a lack of surprises is just one. But as the WSL Surf Ranch filled in with fans Sunday in Lemoore, California, the curveballs started early, and didn't stop until the final wave was surfed. In fact, before the competition even got underway, the first bit of magic was a cameo by Tom Curren. The three-time World Champ brought his elegant surf style to three calibration waves, making each one look like pure, desert-made perfection. Kelly Slater, the unofficial host of the weekend, rolled out the Ranch's answer to a red carpet -- he joined ski driver Raimana Van Bastolaer to get up close to Curren's wave, and served as a kind of board caddy for his guest.

After Curren's waves, the morning's competitive action got going. The sun rose higher and hotter over the five Founders' Cup teams, who surfed through Run 3 -- the last of the three qualifying runs before the Final -- and it was then that the surprises continued. Because the World Team moved into third place, tying with Australia, the two teams battled for third place in a surf-off, just as two surfers would in an ocean-bound WSL event. In the Founders' Cup edition, however, each team could pick one man and one woman to surf one righthander and one lefthander to decide things. Their combined, two-wave score would make or break their team's chances of going to the Final (or not). For the World, South African Jordy Smith and New Zealander Paige Hareb hit the water, while for Australia, it was Matt Wilkinson and Tyler Wright. Unfortunately for the Land Down Under, their moment of glory in Lemoore was not to be. Wilkinson earned a 4.07 for his ride, forcing Tyler Wright to earn a 10.8 to top the World -- which was, of course, impossible. Afterward, team captain Stephanie Gilmore was sanguine about her team's loss (margaritas in close proximity didn't hurt, either). "Even though it's a little disappointing to not be in the Final, it was cool to be here and see how it all works," she said. "To see the fans out here and how the team aspect comes in was really positive. This opens the floodgates into a whole new realm of arenas and events in controlled conditions -- which is our love-hate relationship with the ocean and not having waves when we want. But, as long as there's a really good balance between this and the ocean, I think the two will complement each other really well." As the World Team headed into the Final, against the USA and Brazil, the cards seemed to be stacked against them. The USA, after all, had Surf Ranch's own Kelly Slater as team captain, plus two-time World Champ John John Florence, three-time Champ Carissa Moore, an on-fire Lakey Peterson and Tour vet Kolohe Andino. Brazil, meanwhile was simply ablaze with national pride and burning talent, led by team captain Gabriel Medina.

But that polyglot group of surfers, which included Smith and Hareb, plus Japan's Kanoa Igarashi, Tahiti's Michel Bourez and South Africa's Bianca Buitendag, pulled it off. Maybe it was new confidence from their tie-breaker, or maybe the combined skill of a global assembly of pros. But between Smith's 9.27 and Igarashi's 8.93, they slipped into the front of the pack faster than you can say vai Brasil, to take the first-ever team victory here in Lemoore. 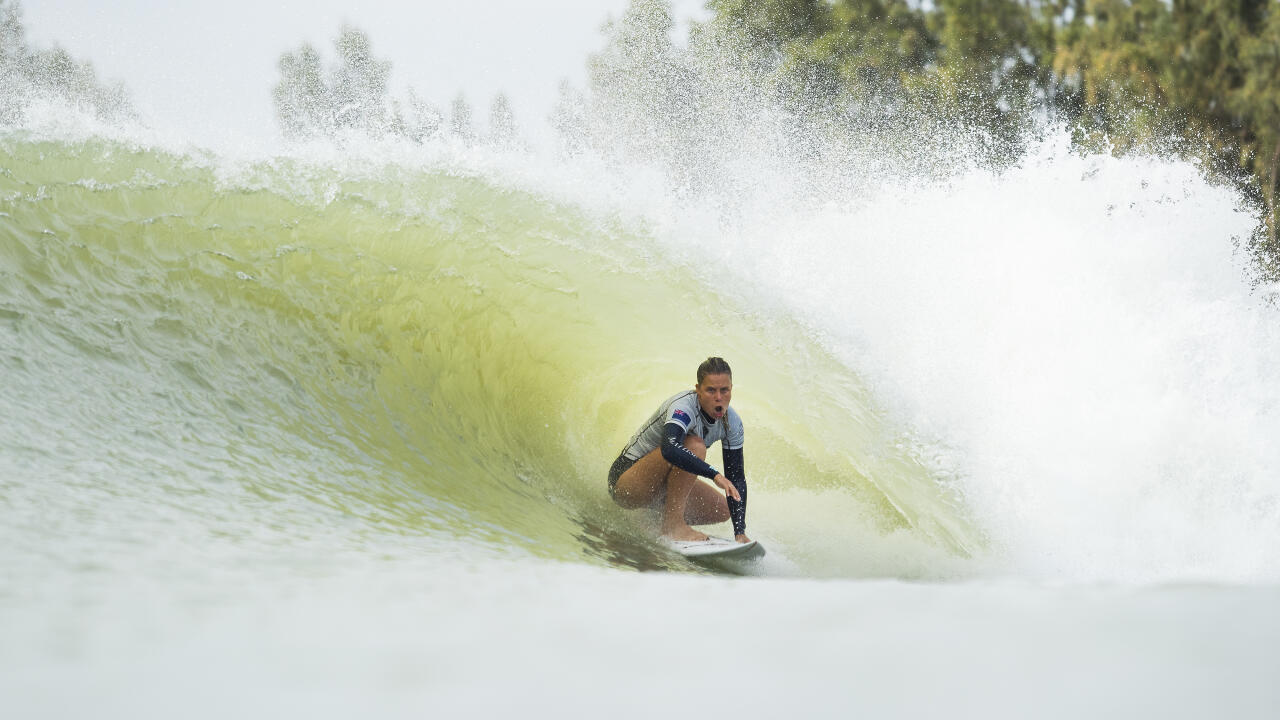 The biggest surprise of the weekend may have been that the WSL Founders' Cup of Surfing happened at all. For Kelly Slater, who first started dreaming up the Surf Ranch more than a decade ago, the Founders' Cup was the realization of a vision he carried in his mind, even in the face of endless doubts.