Stellar conditions and amazing barrel rides throughout the week culminated in an explosive Final that saw Jeronimo Vargas (BRA) win his first-ever WSL event by a score of 17.50 to 17.17 over Jacob Willcox (AUS) at the QS 3,000 Maui and Sons Arica Pro Tour in Chile. The Finalists went blow for blow and exchanged high scores as sets bombarded the line-up at El Gringo, which included an amazing 10-point ride by Vargas. "I'm kind of stunned right now…not even sure what to say or how to react," expressed Vargas. "I'm still thinking about that barrel I got the 10 on. It feels amazing to win my first Final, especially after that amazing tube. It might only really hit me later on when I have time to think about everything."

In a touching moment that brought a round of applause from the crowd at the awards podium, Vargas added:

"Actually, there are three people on my mind that are no longer with us, but that excelled in these types of conditions - Ricardo dos Santos (BRA), Jean da Silva (BRA) and Oscar Moncada (MEX). I'm sure they're getting all kinds of barrels together with everyone that has ever spent time with them." Vargas left his best surfing for the final day of the event where he took down Leandro Usuna (ARG) in the Quarters and Weslley Dantas (BRA) in the Semis before defeating Willcox in an epic Final.

In comparison, Willcox was definitely one of the standout competitors at the event. Surfing at El Gringo can leave many athletes unsettled, exhibiting their flaws, but the smooth-styled Australian was in complete sync with the waves at the Chilean slab, making his way in and out of heavy barrels with a poise and self-assurance acquired after countless hours in similar Western Australian conditions.

"It was a little slow at the start, but I can't complain. I got 2nd and the waves were pumping. I feel like we both put on a great performance and I hope everyone enjoyed it. I'm stoked," exclaimed Willcox, who also earned an excellent 9.50 in the Final. Earlier Wilcox observed, "The barrel here is pretty fun, it reminds me of a mix of a few spots at home, so I've felt pretty comfortable out there. Chile has just been awesome; the people are really nice and the waves are great."

Another surfer that looked intent on making it to the podium was last year's Runner-Up, Dean Bowen (AUS). The Australian tubehound has been putting his time in at El Gringo, this being his 3rd consecutive year competing at the Maui and Sons Arica Pro Tour in Chile. Despite obtaining high-scores all week long, including a 9.27 in Heat 1 of the Semifinals, Bowen just came up short with a 15.00 compared to the 17.00 by Willcox.

"This morning it didn't look that good, but it got a lot better during the day. The swell is nice and heats are scrappy, but I've gotten so many good waves during the event that it makes it all worthwhile to get this far. I've just tried to stay deep and go on the biggest waves. I've had a lot of fun and enjoyed it," said Bowen. 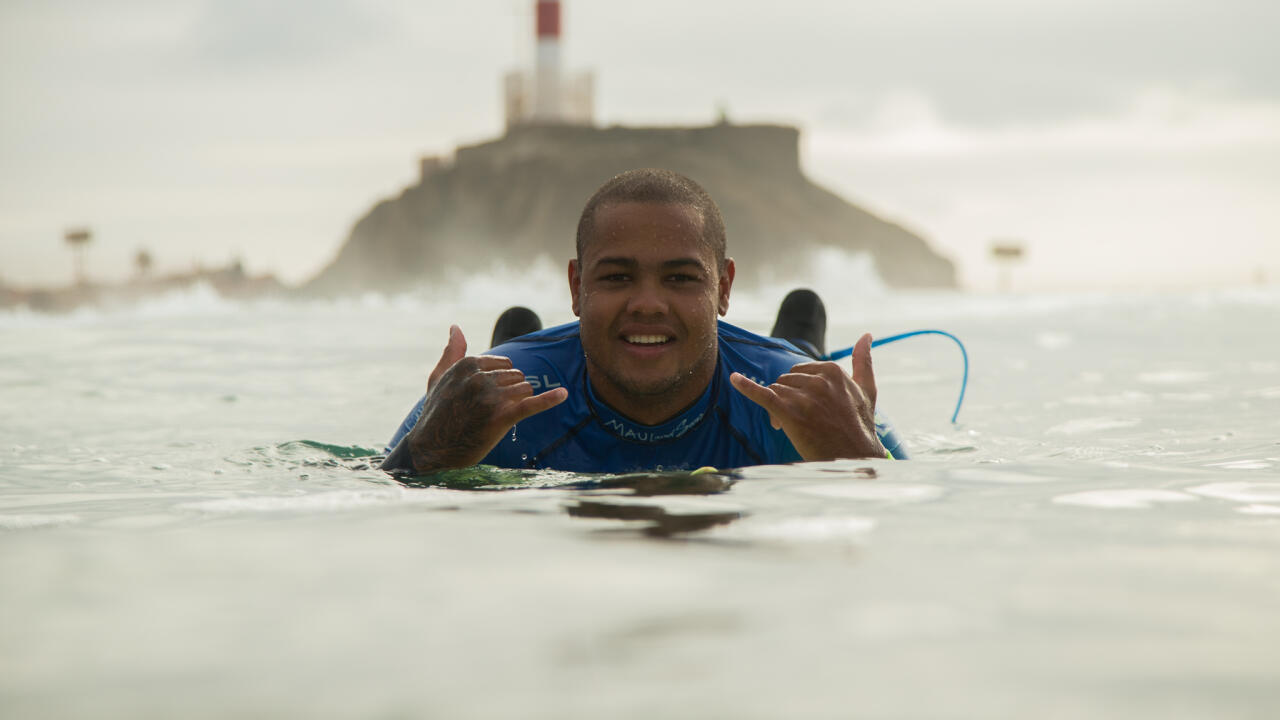 Coming out from behind the shadow of his older brother Wiggolly, Weslley Dantas (BRA) is making a name for himself in powerful lefthand barrels. After beginning the year with a 3rd place finish at the Volcom Pipe Pro in Hawaii, Weslley took on the waves at El Gringo with aplomb, coming out of what looked like several impossible tuberides this week.

"This has been a great event, we all caught amazing barrels and this is what this competition is all about. I love getting barreled, regardless of how big or small it is, but I guess it's just something that runs in the family. I got eliminated in my first heat here last year, but I knew that I could do well and I'm stoked with my result this time." A world-class wave, like El Gringo, receives world-class attention. Evidence of that? The 108 athletes from 19 different countries that came to compete in Chile. After hosting a Championship Tour event in 2007, Arica has been part of the Qualifying Series Tour since 2009. To celebrate its ten-year anniversary and to provide incentive for regional growth and attract even more international athletes next year, event organizers together with WSL South America are planning to upgrade the event to a QS 6,000 in 2019.

"I'd like to thank the City of Arica and everyone that participated in what was the best edition ever of the contest held here. Congratulations to Jeronimo and Jacob for an incredible Final and we hope that Chile can continue to grow in surfing to reach the same levels that Brazil and Peru have attained in South America. Hopefully next year we'll be able to run a QS 6,000 here at these incredible waves," said Regional Director for WSL South America, Roberto Perdigão. In regards to how the 2018 Qualifying Series Rankings are affected by today's outcomes, here's a rundown of how much the athletes moved up vertically after their results at the Maui and Sons Arica Pro Tour: