Editor's Note: This is the first in an occasional series on game changers in surf, focusing on female pioneers.

In 1964, Gail Couper became the first female surfer to win an event at Bells Beach. Couper, who lives in Lorne, Australia -- about 30 miles south of Torquay, site of the Rip Curl Pro Bells Beach -- would go on to win there a record nine more times between 1964 and 1976. Now, more than 50 years later, Couper still holds the record for the most Bells Beach trophies. Lisa Andersen, the four-time World Champ, and Stephanie Gilmore, the six-time World Champ, are trailing her at second, with four wins each.

Despite her early success in the 1960s and '70s, Couper is relatively unaware of her prestige as she walked around the Bells Beach event site in March, admiring the surrounding trees and red soil that covers the car park. While the iconic surf break has undergone a lot of improvements, the overall aesthetic has remained largely the same as it did in the '60s. Camper vans still fill the lot during dawn patrol and eager groms still line the cliffs before the first light breaks through. 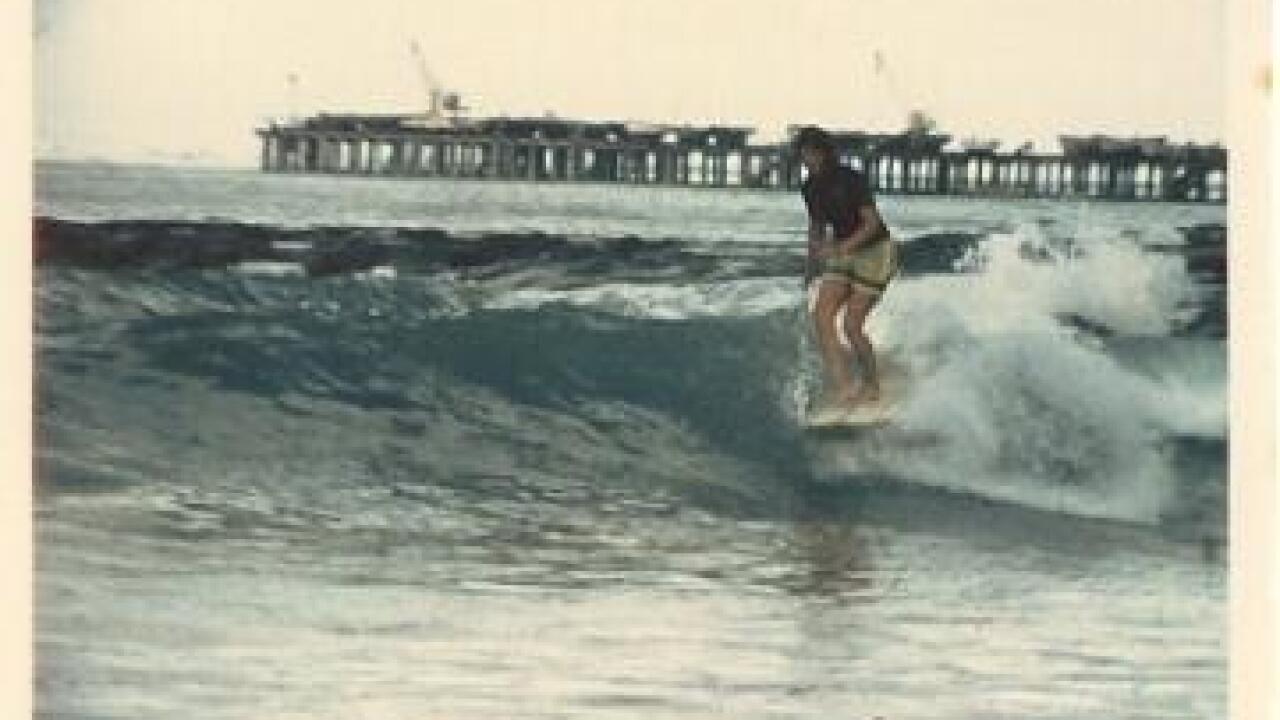 Couper surfing in her hometown of Lorne, Australia, in the late 1960s. - WSL

Because Bells Beach was declared a Surfing Recreation Reserve, which recognizes iconic surf locations in Australia, the area is protected from major developmental projects. In honor of International Surfing Day this month, the 10x Bells Beach champion looked back at the Tour's formative years:

WSL: What was the Tour like when you were competing?
Gail Couper: There was no women's Tour. From about 1964, everyone competing at Bells was Australian. There were a couple Hawaiians but not many. It probably wasn't worth their while to come out here unless they wanted the prestige. You just got a medallion. There wasn't any money involved until 1973. But Bells has a long history of events before it was ever worth any money.

The men became pro in 1973 and then the women the following year. You got points for maneuvers which drove the judges nuts, because they had this huge long checklist.

The Bells event site looked a lot different, too. It was completely gravel. There was still that red soil that you see everywhere. You'd always have to wash it all off your feet before you got in your car because it would get everywhere, especially when it was raining. The car park wasn't really a car park, but there would be lots of vans parked everywhere. Administrators would be in one caravan. The judges would be sitting in a shed that looked like it belonged on a farm. And obviously, no one knew what scores they had when they were in the water -- and that went on for years. Bells Beach, circa 2018. According to Couper, the site hasn't changed much since her heyday. - WSL / Ed Sloane

Was the town still a hub of the surf industry?
Torquay was totally the surf industry hub even back then. Quiksilver started there. Rip Curl started there. Bells was the contest that got the neighboring towns all to safari down the coast to Torquay. Lots of people would make the trek every year, with boards piled on their roofs. It was fun because a lot of times you would only see these people once a year. In '77 people started coming to Bells from overseas. The main contingent for surfing those days was Hawaiians. And then of course Californians. Jericho [Poppler] and her golden girls started coming over.

In 1979, we had a big English double-decker bus. That became the administration section and then the competitors could go upstairs to watch or get food. It was basically a big camp-out. And surprisingly, we've still managed to retain the natural look of the place.

Are there any memories from there that stand out to you?
In Victoria, we would have four or five rounds of competition during the year to chose who your state champion was. The contest in September was called the Conservation Event. And to compete in it, we all had to plant trees. That was part of it, so we planted hundreds and hundreds of trees. That whole hill over there by Winkipop -- we planted all that. The next stage was to raise money to install wooden board walks, so that people wouldn't walk on the vegetation. So this whole place has history with a lot of environmental initiatives. Couper and others planted a hillside full of trees at Bells -- an annual ritual at the time. - WSL

How did you get into surfing?
I lived in Melbourne until I was 12. I used to be a tennis player. We moved to Lorne when I was 12, so I didn't start surfing until I was 14 or 15. I kept hoping I would find someone in Lorne playing tennis but I never did.

Wayne Lynch also lived in Lorne and he started surfing around the same time. We were friends so our parents would take turns on the weekends, taking us to new surf spots. We would try out all these new places. It was a lot of fun. The '60s in general were a lot of fun.

What were you focusing on, career-wise, given that there was not yet prize money on the table in surfing?
I was also going to teachers' college and then started teaching. I had a fairly balanced focus on things in a way because I was also either studying or teaching. There was no Tour really until '76, I suppose. Little by little things started to be worth money but it wasn't until the '80s and '90s. And even then most of the money came from sponsors. You weren't going to pay for accommodations with what you won.

The main incentive for me, to win Australian titles, is you got free airfare. So it would allow me to travel and take photographs. Once I started to meet people and make friends, the motivation was to see them again.

Having won at Bells more than anyone else, what is it about this wave that suits you?
It's an interesting combination of factors. It was knowledge to some degree, and then it's a growing confidence because I have done quite well here before. There's a spot in Lorne though and if it was big there, that meant it was going to be really big at Bells. So I would check that out before I made the drive and be like, ‘oh no, this is going to be scary'. The paddle-out at Main Break is quite tricky. So sometimes it would be really heavy but generally I enjoyed it. The bowl is pretty confusing. You can't sit high enough to see which wave of the set you should be taking. Half the time you don't get the time to think that much about it anyway, with six girls in the water. You take whatever you can get. There was no such thing as priority. It pretty much went to whoever was inside.

Was there a lot of heckling going on?
There was heckling and snaking for sure. Overall it was friendly but things started to get more serious in the '70s for the women. I have no idea what the men were coping with. I can't imagine it was easy. Are you aware of any Bells secrets that others surfers might not know?
Watching how people surf today, I can't imagine doing one turn like they do. Things have just progressed so fast. Because they all travel so widely and the contest goes all around the world, people are far more geared toward surfing anything these days. I think they're far more adapted to surfing whatever is on offer. 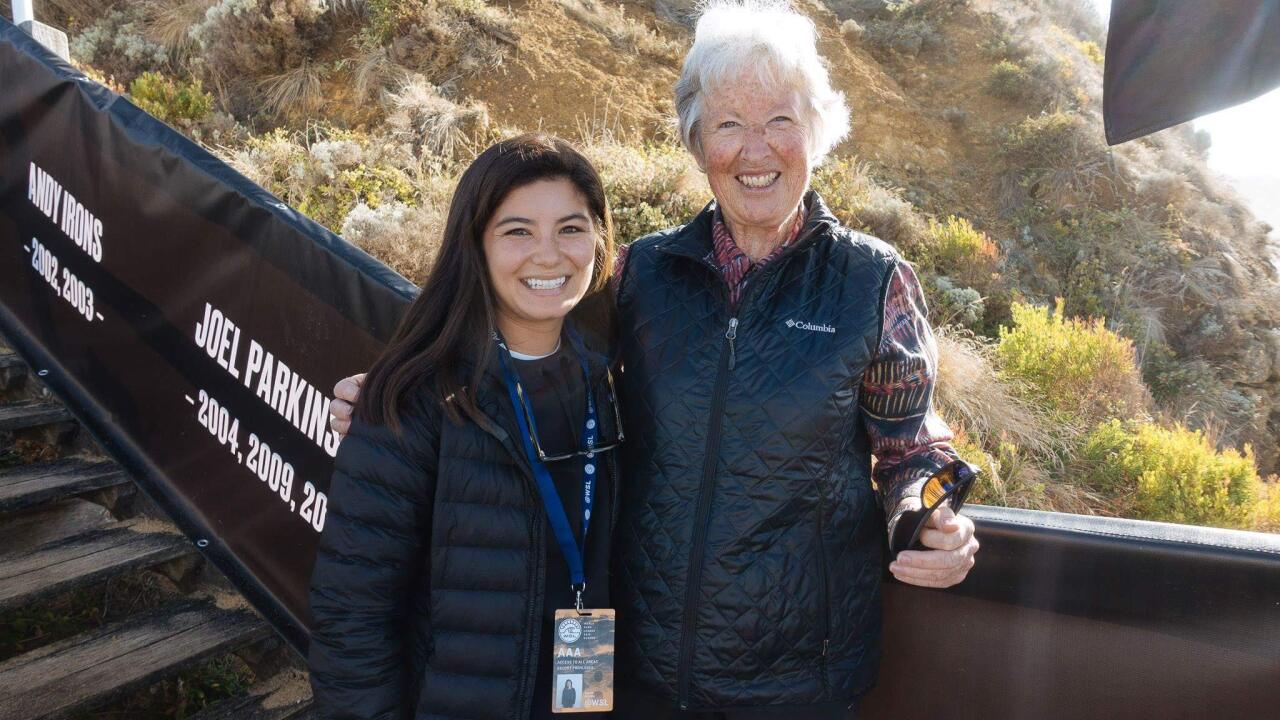 How old were you when you won your first Bells event?
I think it was a few months before I turned 15. So I had been surfing probably a year and a half before I won my first event. It was blissful ignorance back then. I didn't have a coach. No one in my family surfed. I don't even remember being nervous, that all came in later.

After a while I did start getting nervous in heats, mainly as a result of not surfing the way I wanted to be surfing. I wasn't able to put as much time into it. Teaching started to take over. That and the criteria started to change a little bit. People were training more regularly and coming out a week early to practice while I was in a classroom.

In the early years everyone had a job. That was the only way you made money. Surfing was the sport that you did. It was the sport you loved and here and there, there were contests. That's how life was. Like any sport, there's a natural progression. Tennis wasn't worth much in the early days either.

Having taught various grades for 33 years, did any of your students know you were a Bells champ?
No, not that I know of. In Lorne, there weren't that many kids interested in surfing. In Torquay it might have been different. We had a lot of staff who surfed. They knew if I came to school and my hair was a bit wet, that I had obviously paddled out before work. But it wasn't something that I really knew to brag about.