Shoe City Pro: Prepare for the Showdown
0:58
A look back at some of last year's highlights as the 2018 edition kicks off Saturday, June 23 through 24 at Huntington Beach.

It's crunch time for the men's Qualifying Series (QS) as every last point counts for those looking to sneak into the Top 100 before the mid-year cutoff. Following the Vans US Open of Surfing QS 10,000, those who have made their way past that 100 mark are a locked into the QS 10,000s and a shot at Championship Tour (CT) qualification.

Once used by a few of the world's best as a tune-up for their season, the Shoe City Pro QS 1,000 pres. by ZEVN now offers vital points to North America competitors June 23 through 24 at Huntington Beach Pier before one last effort in Mexico next month leading up to the US Open. Kevin Schulz returns to HB looking for more -- and a chance to claim the No. 1 North America QS Ranking spot. - WSL / Andrew Nichols

Kevin Schulz already has one Huntington Beach win in his resume this year after winning the Jack's Surfboards Pro QS 1,500 and is hungry for a second. The San Clemente, California, native is a living example of what the QS embodies -- grinding through smaller events in hopes of earning a higher seed for a shot at Championship Tour (CT) qualification -- and earned a spot into the QS 6,000s this year with a chance at making it one step closer. Schulz, 22, currently sits at No. 67 on the QS rankings.

"I like the idea of adding more and more events to the North American region, particularly in California," Schulz said. "It is always contestable and we have so many good surfers from the surrounding areas. After I won the Jacks Pro I've just been hyped to get the jersey back on. Initially, I was just focused on doing the North American events, but now that I have some good points I can plan for some of the larger events out of my region after the reseed." 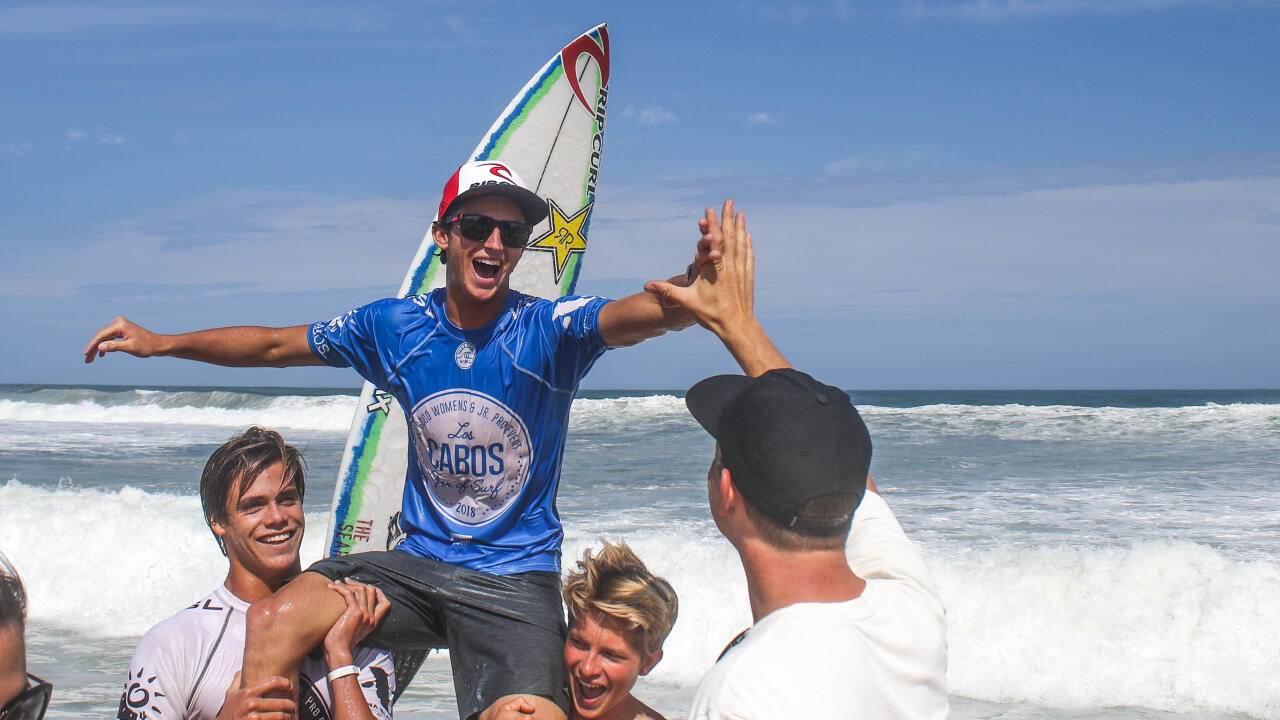 Fresh off a Los Cabos Open of Surf Pro Junior win, fellow San Clemente representative Crosby Colapinto keeps the competitive jersey on for a chance at 1,000 points toward his growth within the QS. The 16-year-old comes in as a top-seeded wildcard from event producers and deservedly so -- re-assuring those in question a third-straight U.S. Champs victory at Lower Trestles earlier this week. Colapinto chases his dream of joining brother, Griffin, on the CT in a few years and has his goals lined up for 2018 to create the building blocks to get there.

"I have a lot of confidence so it will be nice if I can keep the ball going at this event," Colapinto said. "I will just stay focused and have the same mind set as I did down in Cabo. It's really nice having these events at home because I have grown up having all my amateur contest at those spots, so when I go out in the heat I have some knowledge. I've grown up surfing Huntington and getting a good result at the QS level here before gives me that much more confidence."

Be Wary of the Wildcards Wildcard Chris Waring knows this lineup inside and out -- one of his keys to success in the past. - WSL / Jackson Van Kirk

Chris Waring garnered the second wildcard from event organizers alongside Colapinto, and as a former runner-up at this event, for good reason. Waring's focus has shifted from the jersey to giving back, but is not hesitant when the opportunity to compete comes around. The 31-year-old, QS veteran never broke out as a major QS threat, finishing with a career best No. 166 international ranking, though knows what it takes to give it everything.

"Everything comes full circle," Waring said. "It seems like yesterday I was the one who was being coached, but it's just another way for me to continue my passion for surfing by helping other surfers. I love competing and it has just evolved into the coaching and I love paying it forward. I would be stoked to win, but it wouldn't mean the world to me or anything like that, I just want have a go in the jersey and grind a heat or two out." Brett Simpson returns as the No. 1 seeded surfer at his homebreak. - WSL / Jackson Van Kirk

But, alongside two-time US Open victor Brett Simpson, these regional talents will have to deal with likes of Hawaii competitor Makai McNamara, as well as Brasilian Gabriel Farias, who's won on American soil in the past, and a handful Japanese contingent such as up-and-comer Yuji Nishi.