The 2018 Skullcandy Oz Grom Open presented by Vissla continued to heat up today as Pro Junior competitors attempted to earn a spit into the final two days of competition. Mikey McDonagh wowed people on his local beach today, performing a mix of impressive carves, snaps and aerials. McDonagh's performance peaked when he performed a giant full-rotation air reverse to post an excellent 8.6 wave score and gain the upper hand against his closest rivals.

"Coming into the event, everyone said ‘don't overthink it,' but at the end of the day, I'm still surfing an event at home," said McDonagh. "I'm really just trying to treat this like it's any other event and take it heat-by-heat and not put too much pressure on myself. Fortunately, I got a few sections that allowed me to do a few airs and fire me up." Following on from his impressive performance yesterday, Rio Waida continued to excite the spectators and judges, nailing a chain of critical turns and snaps in the small conditions. Waida posted a respectable 12.06 two-wave heat total (out of a possible 20 points) to gain the edge over his fellow competitors. Waida will face Xavier Huxtable, Kyuss King and Te Kehukehu Butler in the quarterfinals.

"I'm really happy to make the third round in this event," said Waida. "There weren't many waves in that heat, so I knew I would have to make the ones I caught count. I'm having so much fun in this event and that was my goal from the start, just to have fun." Tane Bowden and Te Kehukehu Butler ensured the Kiwi representation would remain strong, both moving through their shared round two heat. In the relatively low scoring affair, both surfers found a handful of decent waves, which allowed for enough turns to notch up scores in the nine-point range. Both surfers will make their next appearance in the quarterfinals.

"I was really hoping my fellow Kiwi and I would move through that heat," said Bowden. "The waves were pretty difficult through that heat and pretty soft, so you really had to hop through the waves to get scores. This event is pretty important for me as I know I can possibly make the World Juniors if I get a good result, so that's my goal. It would be great to make a final and if Kehu is in it also, it would be amazing." 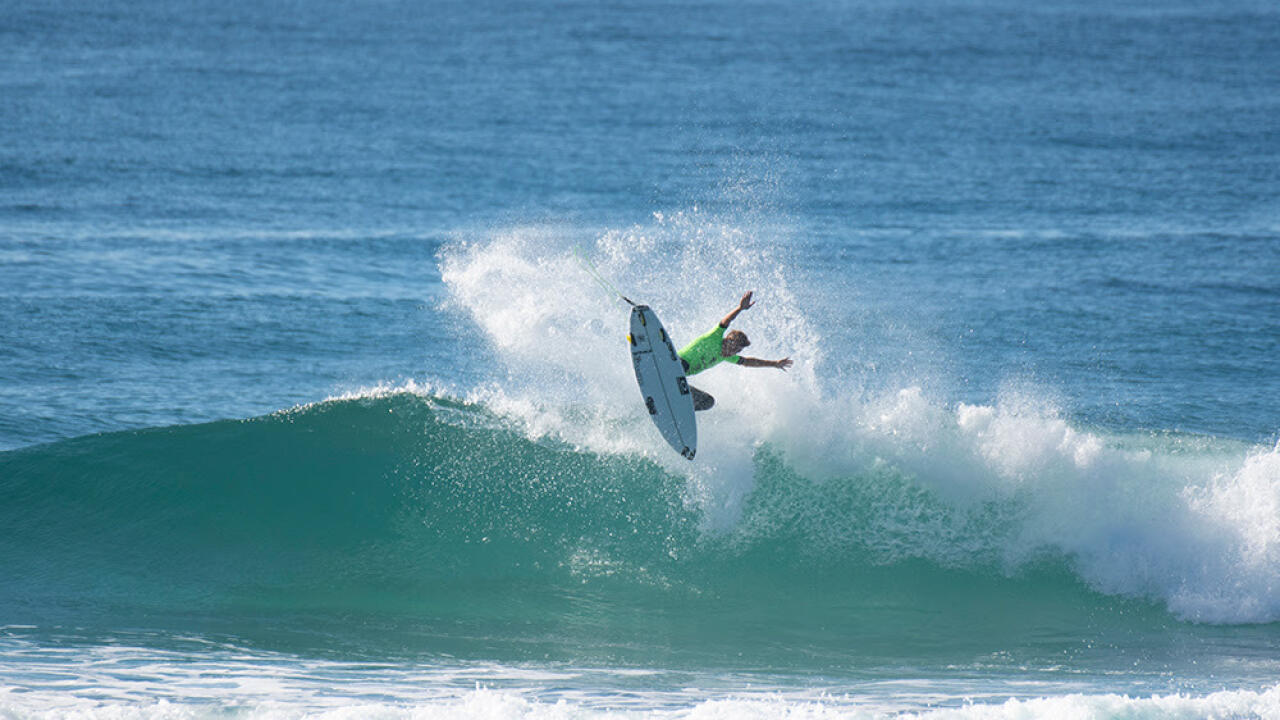