The North America men's Qualifying Series (QS) has arrived at the splendor of Acapulco, Mexico's, shoreline for the third-consecutive Hurley Surf Open Acapulco QS 1,000 July 20 - 22. This event's history is full of exciting moments and some of the QS elite taking victories here since its inception in 2012 -- including 2018 Championship Tour (CT) Rookie standout Wade Carmichael.

A brief hiatus in 2015 didn't stop the event from returning back to the schedule and providing regional competitors one of their favorite events once more, now in its third consecutive year. Playa Revolcadero serves as a destination event venue for the North America contingent on hand, alongside a handful of international talent, with anything from powerful barrels to long, rippable walls. And, with a prominent SSW swell heading straight for the event, action is sure to light up over the coming days.

The Battle For North America No. 1 Continues 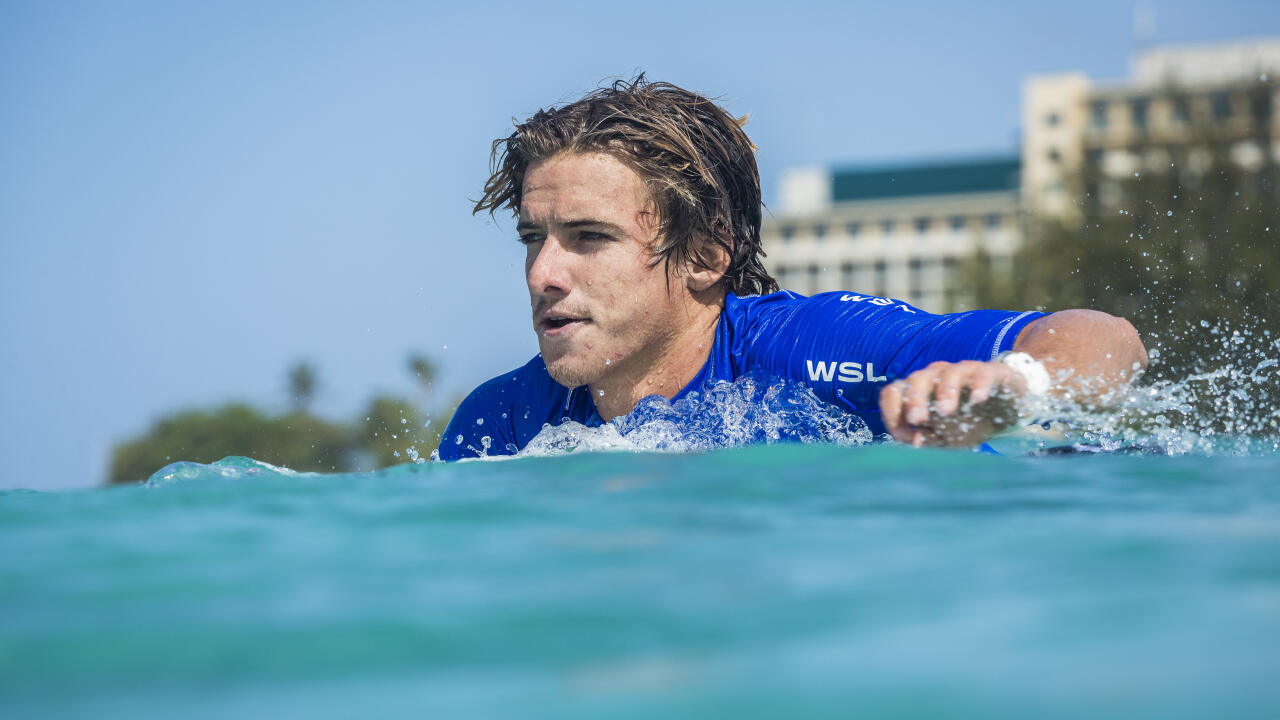 Josh Burke returns to regional competition after getting a last-minute wildcard into the Ballito Pro QS 10,000, marquee event. Despite an early exit in South Africa, Burke comes to Acapulco fired up for a second QS win in 2018. The Barbadian competitor is well-equipped for the Playa Revolcadero lineup with his technical barrel riding and powerful rail game, and also looks to take back the North America No. 1 spot from Kevin Schulz.

"This event is very important for me staying in the Top 100 as the half-year cutoff nears," Burke said. "I've been to Acapulco once, three years ago. The waves were pretty fun most days, and the hotel was amazing. People on the beach were very cool and supportive. I was psyched to get the Billabong wildcard for Ballito, unfortunately pulled my quad first day arriving to South Africa and again three days later before my heat. Now, I'm looking for some momentum heading into the bigger events." Houshmand found his form brilliantly in 2017 and is back for more. - WSL / Andrew Nichols

Last year's Surf Open Acapulco runner-up, Houshmand, earned his first-ever QS final here and has his eyes set on doing one better. The 17-year-old, San Clemente, California, native hasn't quite posted the results he's accustom to in 2018 and is in need of a momentum shift. This also marks Houshmand's last year as a Pro Junior before stepping into the QS ranks full-time, but has already been putting in big efforts toward the QS this season.

"Last year was amazing, it was my first ever QS final and my best result ever in a QS," Houshmand said. "I'm very excited to return and I am bringing a lot of confidence into this contest. I won't get ahead of myself and take each moment as it comes, but definitely want to try for the win this time. Acapulco is super fun with a wedge-type beachbreak and there's always something to surf. Also, you can watch the waves before your heat from the hotel so it's super rad and convenient."

"This event is very crucial right now, especially because it is right before the mid year reseed," Houshmand added. "I have had a few average results, but no breakthroughs yet. So I am hoping I can get another solid result here that will carry me towards the 100's range with the next half of the year coming up." Jhnoy Corzo's Gold medal-winning backhand will have to be in top form this weekend to claim a win for Mexico once more. - WSL / John Ferguson

Mexico's top-rated competitor, Jhony Corzo, still looks to find the edge among the QS ranks following his astonishing International Surfing Association (ISA) Gold medal last summer. But, the 19-year-old still has plenty of time in his young career to carry that success over to the WSL platform. Corzo delivered a Round 4 result at Playa Revolcadero last year, falling behind fellow countrymen Jafet Ramos, but has much higher expectations for himself this time around.

"[This event] is a great motivation for a lot of the local and Mexican surfers since it's one of the few events we have to get a chance to compete with some of the best QS surfers from around the region -- and even a few internationals," Corzo said. "It also gives us an opportunity at some points which are super important for us to get a footing on the QS. It's a good chance for Mexicans to prove to the crowd the level of surfing we're at and see what kind of potential we have. I think we have the talent, and the waves, to make this type of event bigger and start more events around Mexico."