Women's competitive surfing is fascinating. The QS 1,000 Neutrox Weekend seemed more like a celebration than a contest. The camaraderie and mutual respect amongst the athletes was noticeable. And as the sport continues to grow in popularity year after year, fans flocked to the beach to see all that talent, style, creativity and finesse on display to witness Dominic Barona (ECU) defeat Tainá Hinckel (BRA) at the QS 1,000 Neutrox Weekend at Praia da Tiririca in Itacaré, Brazil. 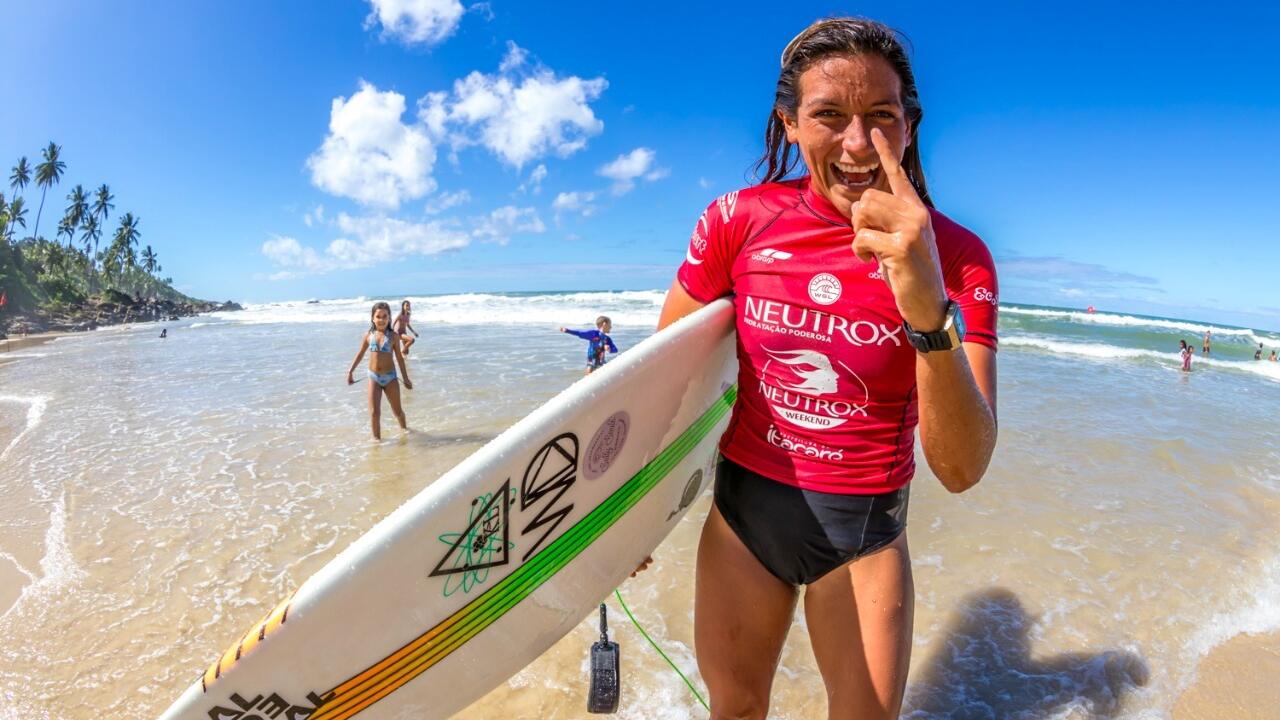 Barona has been on a torrid pace, stringing together a series of successful events with victories in Brazil, Argentina and Peru. She's also had two runner-up results in Chile and South Africa. Without a doubt, she has been a force to be reckoned with and came to the competition in Itacaré as one of the favorites to reach the winner's podium. Despite it being her first time to Itacaré, she looked right at home as she attacked the 3-foot waves on her backside in front of an exuberant crowd at Praia da Tiririca.

"Wow, it feels like my heart is going to explode here," said the always cheerful Ecuadorian. "I want to thank everyone that supported me throughout the event and all the locals that were kind enough to let us surf these great waves." 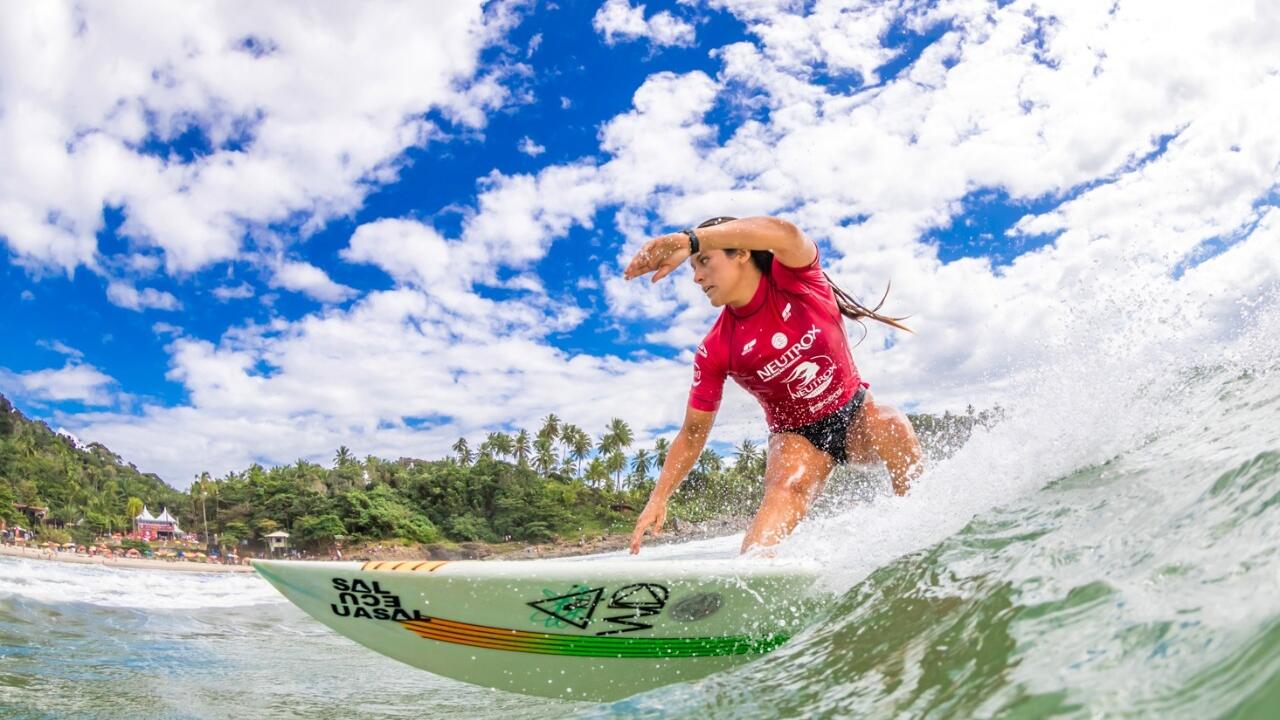 For all her recent success, Barona was quick to praise her competitors and the current state of women's surfing.

"Every heat I surfed was incredibly difficult. All the girls came into the event with the same ‘I'm gonna win' mentality. It was great to be in a Final against Tainá. She surfs incredibly well and she's got a long career ahead of her. By the way, I'd like to thank all of the women surfers from Brazil because they motivate me so much and make me want to surf better. I just feel so stoked to have won this event here," Barona finished off. 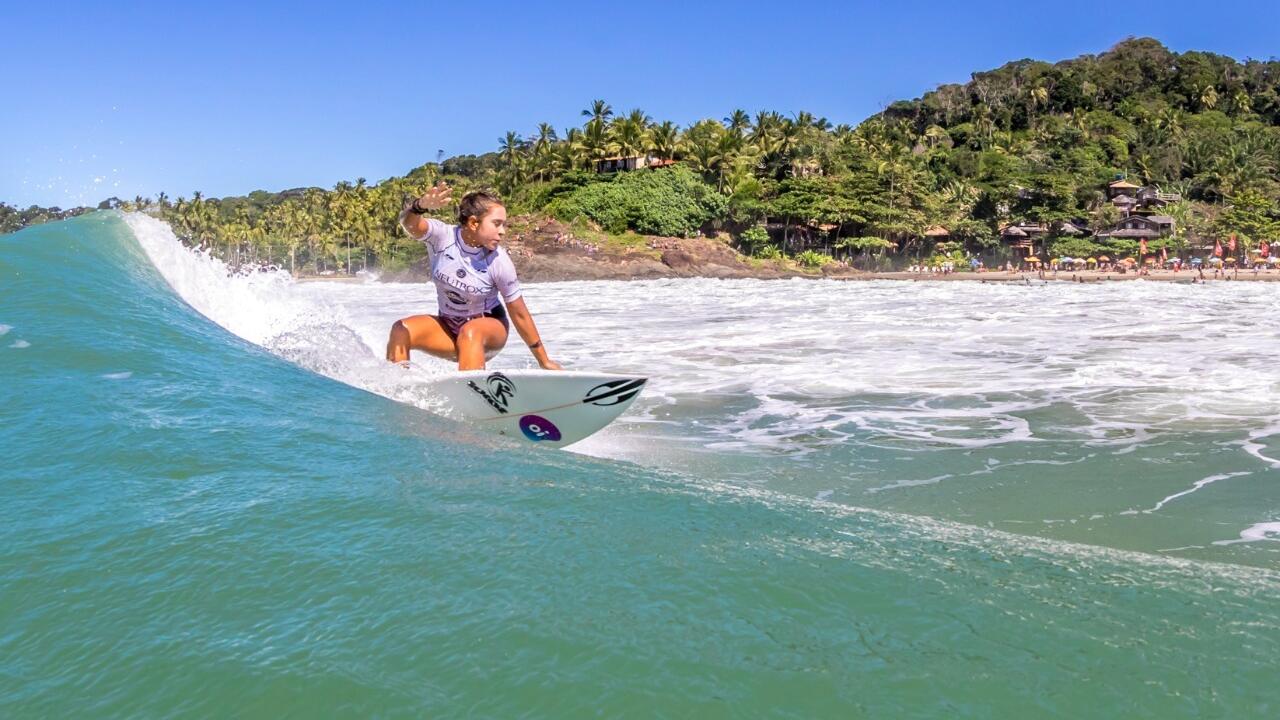 With Silvana Lima bowing out to an injury she suffered at the CT event at J-Bay, Barona's only real threat to the title was the 15-year old from Guarda do Embaú, Tainá Hinckel (BRA). The up-and-comer was put in the spotlight recently with solid performances as a wildcard on the CT and more impressively, as part of Team Brazil at the inaugural Founders' Cup event at the Surf Ranch in Lemoore.

Taking a page from Barona, Hinckel also found her highest scoring waves on her backhand, showing solid technique throughout the event to reach her first ever Final on the WSL Qualifying Series. From what we've seen so far, it should be the first of many. 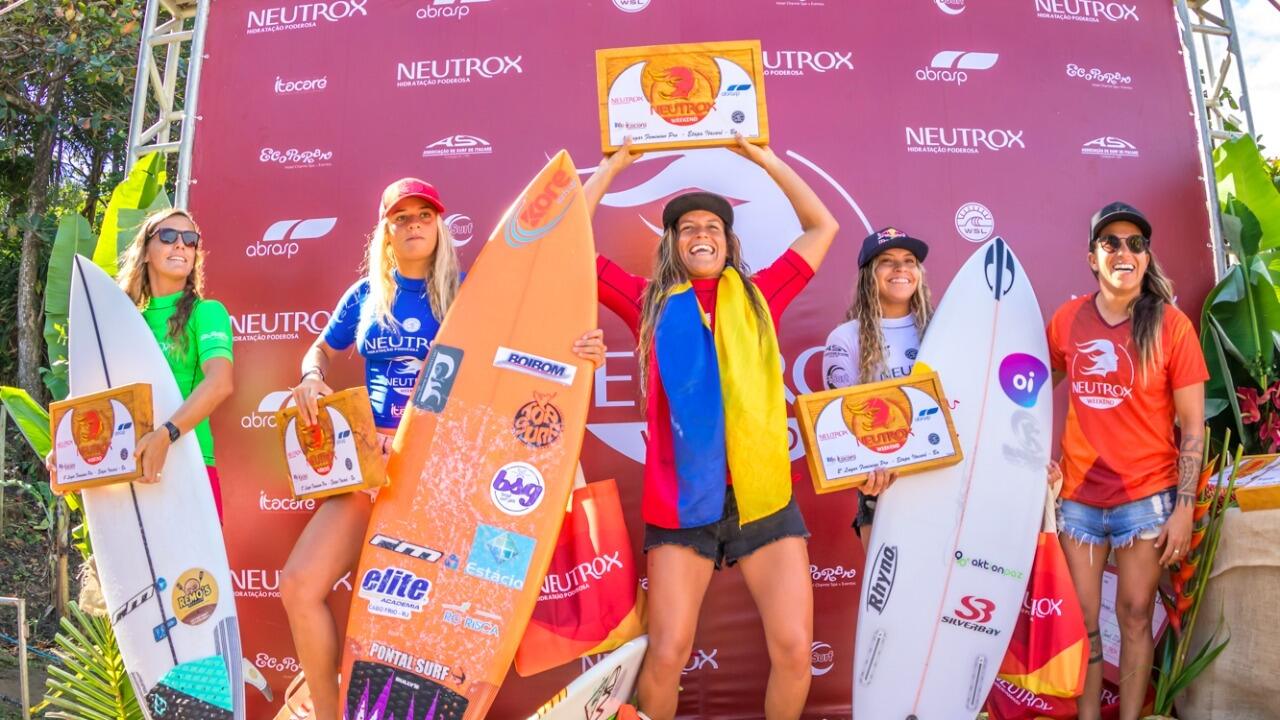 "This was such an amazing event. I didn't really have any high expectations coming here, but it feels great to make my first Final. I'm only fifteen, so I don't feel like I have a lot of pressure on me. I've just been having fun and surfing freely. The girls have been very supportive and competing at a place like Itacaré is amazing," said Hinckel.

In addition to the QS 1,000 Neutrox Weekend event, the past two days have been filled with sponsored activations open to the public that included yoga, dancing, educational workshops, skateboarding and longboarding. 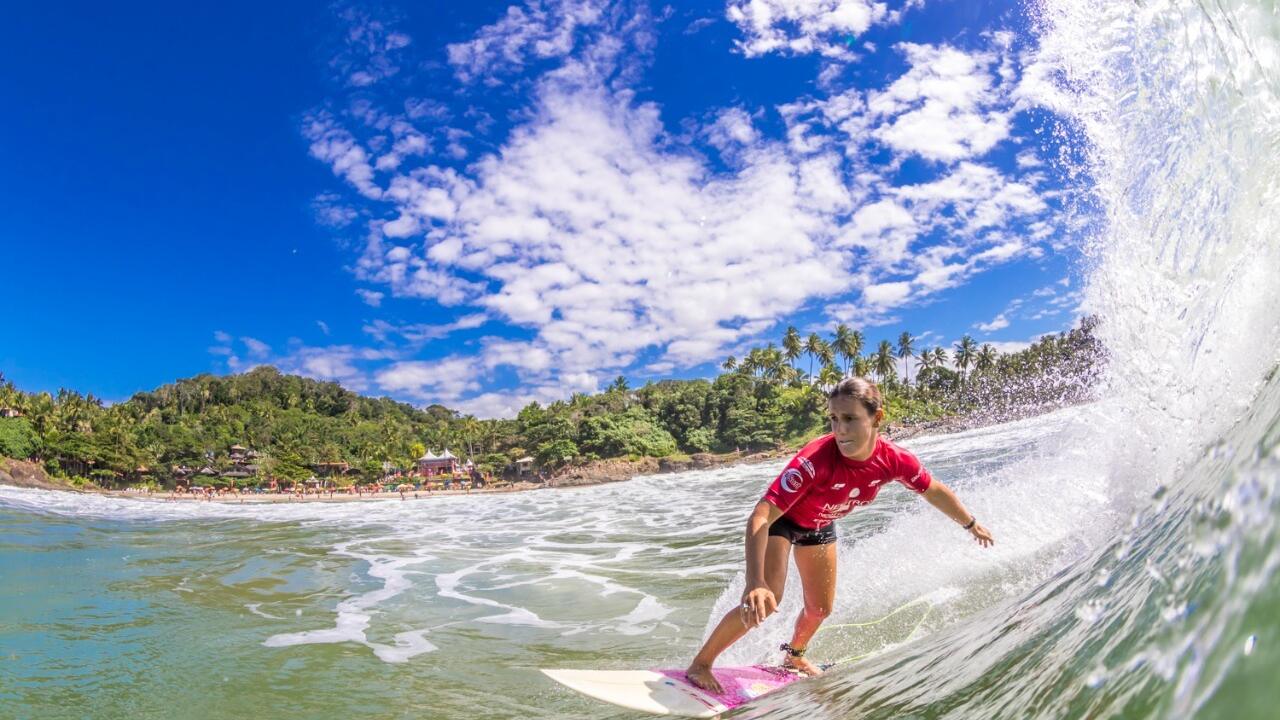 Pristine conditions helped the athletes showcase their surfing at the Women's QS 1,000 in Itacaré.