"There is nowhere to hide and nowhere to run," Joel Parkinson says of Teahupoo, as he heads into his final year of competition at the wave.

"It's what I consider one of Mick and mine's greatest achievements that we eventually ended achieving results in Tahiti," Parkinson continues. "that two skinny kids who grew up on Queensland beachbreaks could do well took so much work and mental strength. Like everyone, when we first surfed there we were absolutely shitting ourselves." In Parkinson's World Title year in 2012, his 10th year on the CT, he managed a career-high Tahiti finish of Runner-up.

It wasn't the only year in which Teahuppo played a pivotal role in setting up a World Title. The data shows that contenders simply need to get a result in the clear French Polynesian waters to have any chance of lifting the crown.

Since 2010, the worst result any World Champion has received in Tahiti in a title year has been a 13th. That was Adriano de Souza in 2015 and even that result was an outlier.

John John Florence's 5th place last year is the next worse. Meanwhile Kelly Slater (2010, 2011), Parkinson, Fanning, Medina and Florence in 2016 all achieved a Semifinal finish or better in their World Title years.

Florence's Teahupoo Mojo.
0:40
The reigning World Champ earned a solid Round Three win over Nat Young with his usual brilliance.

The stats indicate there is a clear link between a successful World Title campaign and a solid result at Teahuppo. The more interesting question is why?

One reason is the timing. The Tahiti Pro Teahupoo is the seventh of the 11 events on the CT calendar and with surfers only able to discard their two worst results, time is simply running out. Many surfers have usually logged one poor result, sometimes two, by this stage.

That means an early exit at Teahupoo will count as a keeper in their final points tally. On the back of such a showing a title campaign can be derailed fairly easily. As of now throwaway results don't exist. Every heat counts.

Away from the sheer mathematics of it all, as Parko suggests, there is also a mental strength required to doing well here that feeds into an overall winning mindset. 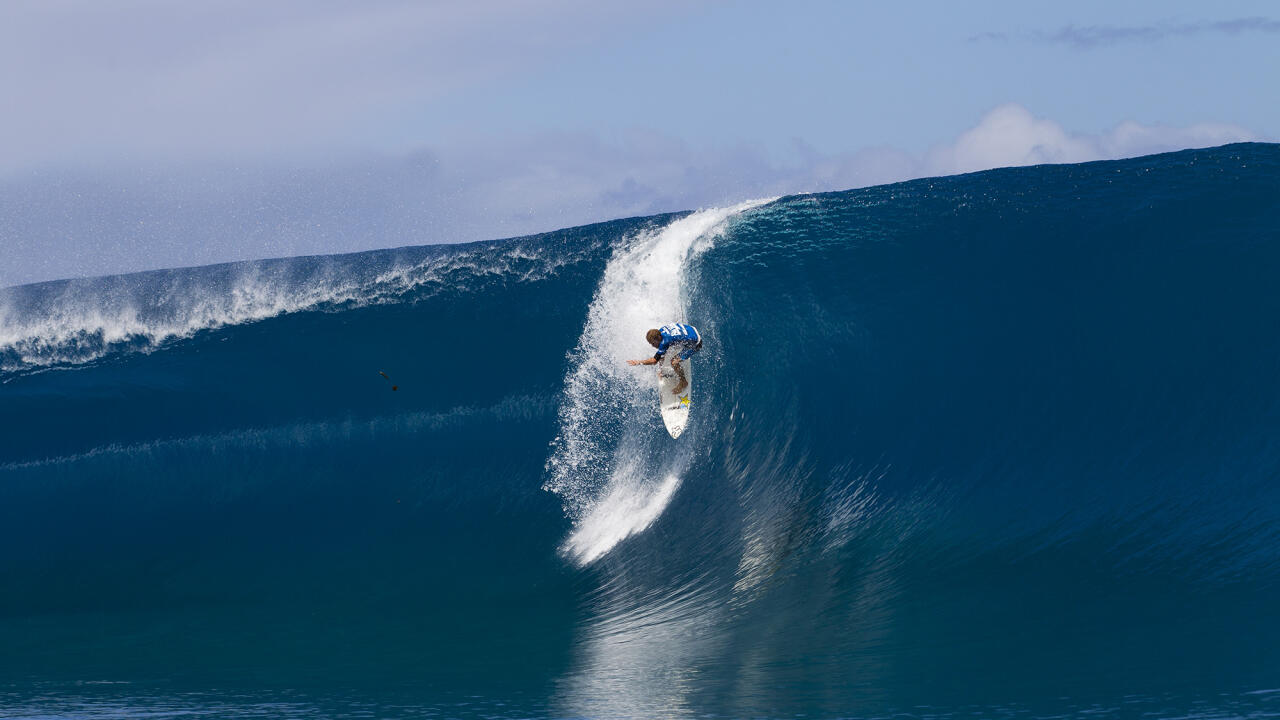 Perhaps no other wave, except for Pipeline, takes as much commitment as surfing Teahupoo. When that grey-blue wall of water marches out of the South Pacific and slams at speed into the shallow coral horseshoe of a reef, looking like every closeout you have ever seen, the only option is to go.

You sense Filipe Toledo might be now starting the journey that Parkinson and Fanning went down in their careers. The reef rash on his back sustained on his early trip to Tahiti are the physical signs of his new sense of commitment to the wave.

Jordy Smith too, after a series of poor results early in his career, has improved each year and claimed his first Semifinal finish in 2017.

Julian Wilson and Gabriel Medina are well ahead of the curve having already boxed off wins, but tellingly the year Medina took out Tahiti was the year he went on to win his World Title.

The Tahiti Pro Teahupoo, despite offering the same points and prizemoney as all the other locations, somehow carries more World Title weight.

It shows you have the commitment, mental strength and technique to be the very best. There's nowhere to run. Nowhere to hide. Surfers need to swing and swing hard. Only then can a World Title be won.