In 2007, Mick won his first World Title. He also finished second at the Billabong Pro Tahiti. In 2012, he won the contest. Then, in 2013, he placed third at Teahupo'o and went on to win a final time.

But Fanning didn't grow up a Teahupo'o guy.

Mick's forte was in right-hand points, and as he was rebuilding after a hamstring injury in 2003 he knew that if he was ever going to have a shot at the top he'd have to reckon with the Tahitian monster who's name translates to "Wall of Skulls."

"Tahiti's a tricky venue to do well at, even for the very best guys," Fanning said enroute to his 2012 victory. "At a venue where one big barrel can turn a heat, there's always going to be upsets. So, the biggest challenge is making sure you're on the best waves in the heat and you get yourself nice and deep in that barrel."

Fanning committed himself to the left-handed slab. He took trips there between events, worked with local talent to better understand the nuances of the reef, and essentially trained himself to be one of the better Teahupo'o surfers on tour.

Passing on the opportunity to compete for a third US Open win last weekend, he bailed to French Polynesia to chase swell and work through the only apparent hitch in his CT giddy up. Toledo locked in during a recent strike mission to Tahiti. - WSL

"That was something that we planed last-minute," said Toledo from Tahiti. "We looked at the swell and it looked really good, so we came a few days early and got really familiar with the line up."

Currently atop the leaderboard with two victories this year -- the Oi Rio Pro and Corona Open J-bay -- he traded the QS points and fortune and glory for potentially something more meaningful.

Historically, Huntington's been good to Toledo. He exploded onto the scene in 2011, winning the U.S. Open Pro Junior. He's since gone on to win the main event twice, in the process establishing himself as the best small-wave surfer in the world.

Tahiti, not so much. Since joining the Championship Tour in 2013, he's finished with three 25th place results and had to sit one contest out due to injury. His best result came in 2015, finishing in 9th place after being knocked out by Italo Ferreira in Round 5.

It may have been his best contest finish, but he exited the round with an unsatisfying total heat score of 0.0. It was a low point in an otherwise stratospheric young career, but today it's just motivation.

"I spent a lot of time out here and it's definitely something that I need to improve on," added Toledo. "Those big barrels, especially on the left."

There are some guys on tour, like Gabriel Medina or Kelly Slater, who seem to have a natural affinity for every stop. But most surfers have to work their tails off to overcome their inadequacies.

Look no further than Adriano de Souza and his commitment to Pipeline in 2015, which resulted in a world title. Matahi Drollet on a Teahupo'o bomb that helped distinguish him from the pack. - WSL / TEHAUMANARII-Tahiti

In 2013, De Souza had approached Pipeline specialist Jamie O'Brien to see if he would be interesting in helping him improve his skills at the Banzai reef. O'Brien agreed, which proved to be a key moment in De Souza's development as a world champion.

"It meant so much to me, and still does," said De Souza. "I give so much credit to Jamie for opening up his house to me, I couldn't have done this without him." Now it's Toledo's turn to tell that story. Last week, while he could have been hopping around in Huntington, instead he was spinning and taking off under the ledge on a head-turning bomb.

"I was hanging with Matahi Drollet, he has a pretty good set up right by the ocean," Toledo explained from Tahiti. "So we had the boat, we had the skis, and we got to surf a lot of different waves. But especially Teahupo'o."

Sacrificing his back to the reef, a wipeout which has since earned him serious Instagram credibility, his dedication to improving at the End of the Road is unquestionable.

During one of the last Teahupo'o contests, WSL commentator Martin Potter noted that Toledo was simply too good of a surfer not to overcome his Tahitian hurdle at some point in his maturation.

Now, not only has he spent the last week getting laps in, but he also reportedly made a sneaky strike trip to Tahiti April. He's clearly putting in the work. 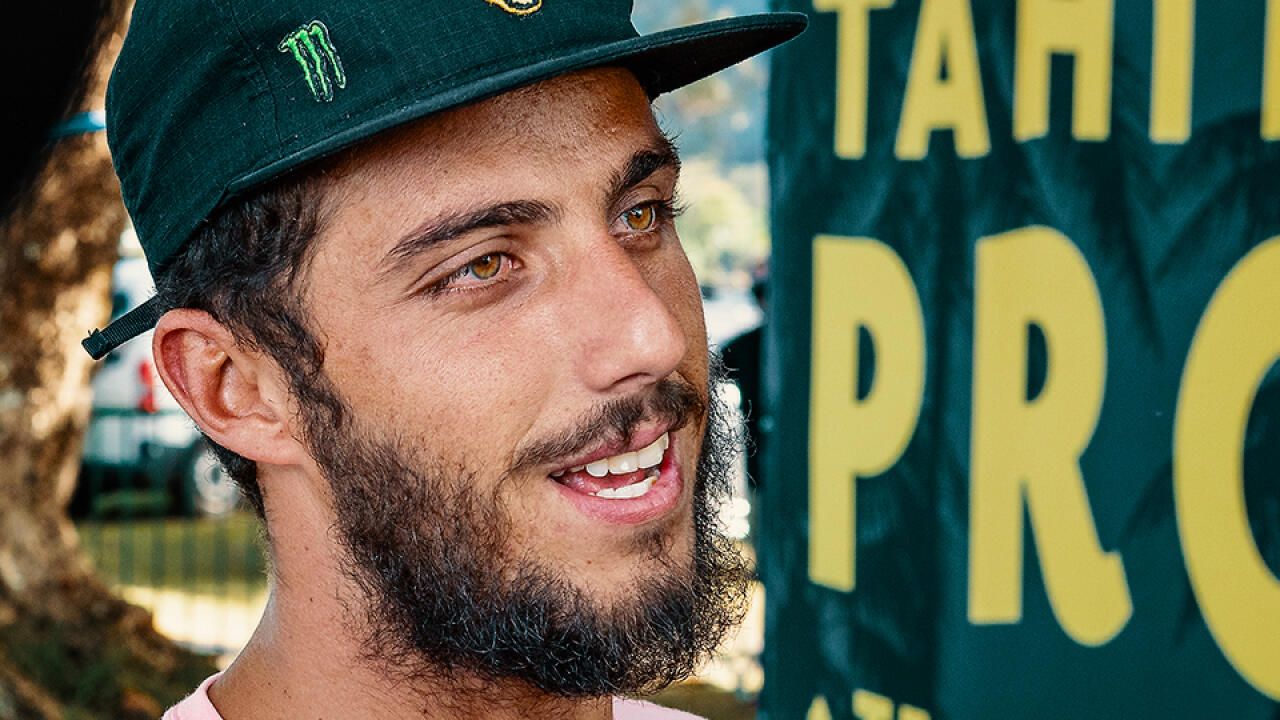 Toledo skipped the US Open and arrived early in Tahiti to surf with Matahi Drollet and spend more time in the Teahupo'o lineup. - WSL

Currently, the extended forecast for Teahupo'o doesn't show any Code Red swell events on the horizon, a factor that could play into Toledo's hands as he's riding with newfound confidence and conviction.

Surfline reports that a new SSW swell is expected to start building in late the day on Saturday and "may start to show itself before dark with occasional slightly bigger waves." This could potentially provide overhead surf on Sunday and Monday.

There is another round of swell setting up for Aug 16-19. The Tahiti Pro waiting period runs from Aug 10-21.

Will this be the year Filipe's trouble in Tahiti ends?

Watch the Tahiti Pro on our WSL channels -- website, mobile apps and smart TVs -- and also on Facebook, as we have done for previous events.