Professional surfing will revisit Port Stephens from November 8 - 13, 2018 with the return of the Port Stephens Toyota Pro at Birubi Beach. The elite WSL Qualifying Series (QS) competitions will comprise of Women's 6,000 and Men's 1,000 rated divisions and provide the women with a healthy boost of points to finish their 2018 QS campaigns. WSL Australia/Oceania Regional Manager Will Hayden-Smith believes the world will once again be blown away by the calibre of waves and surfing when the event gets underway.

"WSL is thrilled to be returning to Birubi Beach for the 2018 Port Stephens Toyota Pro. This event plays as one of the most important on the Women's Qualifying Series as it is the last major event where competitors have a chance to qualify for the 2019 Championship Tour, attracting some of the biggest names in the surfing world along with an array of exciting up-and-comers. Last year's event saw incredible surf at both One Mile and Birubi and surf fans around the world will be tuning in to watch it all unfold again this November." Surfing NSW CEO Luke Madden said the region had proven itself as a world-class location to showcase the world's best female surfers in action.

"Last year we saw some amazing performances with nearly half of the Women's Championship Tour competing here at Port Stephens. The aim of the Port Stephens Toyota Pro is to give some of the world's best female surfers the opportunity to finish their year with a bang and hopefully a few will get a springboard onto the Championship Tour." "Having the Port Stephens Toyota Pro really showcases our region to the rest of the world and injects close to half a million dollars into the local economy. Events like this allow the beautiful Port Stephens region to be seen by a worldwide audience and give promising local surfers inspiration as they aspire to get there themselves one day." 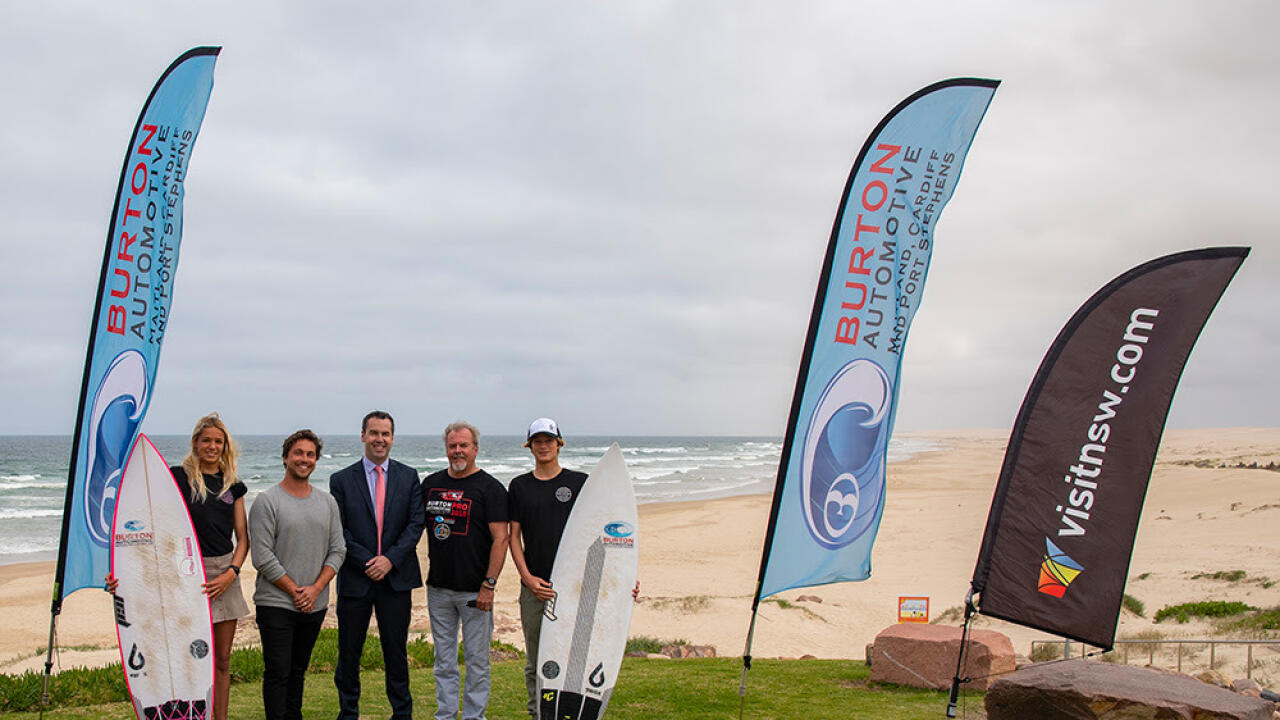 Stepping up his already impressive investment into surfing in the Newcastle and Bay area, Kim Burton - owner of Port Stephens Toyota and naming-rights sponsor of the Burton Automotive Pro - believes his passion for surfing and his business come together perfectly through events like the Port Stephens Toyota Pro.

"I'm extremely lucky that my business is successful enough to divulge into things I'm passionate about like this. I'm stoked to be involved again. For me, I've always lived a surfer's lifestyle and to blend that together with my business really is a blessing."