The two-time big wave world champion Paige Alms had posters of her on her wall as a grom. 2016 Big Wave Women's Best Performance Winner Andrea Möller named her only daughter after her. She grew up surfing with the Irons brothers and her Godfather is Laird Hamilton.

No one will dispute that Keala Kennelly is the original badass of big wave surfing.

Kennelly spent a decade in the top 10 on the WCT, but was destined for greatness in waves of consequence. She was the first woman to tow in at Teahupoo in 2005 and a decade later became the first woman to win (in a field of all male entries) the Pure Scot Barrel of the Year Award in 2016.

She won the first ever invitational big wave event for women at Nelscott Reef in Oregon in 2010, and true to feisty form Kennelly remains the first surfer out of the gate to catch a wave at every big wave event for women since. It is no surprise that she is the only woman to be invited to the Eddie Aikau Big Wave Event in Oahu (Paige Alms has been invited as her alternate).

We caught up with Kennelly earlier this year in Oahu, where she was gearing up for the big wave season, to get her reaction to the WSL's recent pay equity announcement.

Keala Kennelly on Yellow Alert
0:12
The Big Wave Tour is placing the Jaws Challenge on Yellow Alert with a projected swell headed towards the region.

What were your first thoughts when you heard the pay equity news and what has the reaction been?

I was in absolute shock and it took a while to sink in. I still don't think it's fully sunken in yet for me because when you spend your entire life fighting for something you become so used to always having to be in fight mode and always having to defend yourself and justify why you deserve what you are fighting for.

The reaction has been almost all positive and I cannot tell you how many people have reached out to me personally to thank me for my contributions and persevering even though we were met with so much discouragement and animosity. How different do you think your life would be right now if pay equity was a reality when you were on the tour?

Omg. Well I wouldn't be working two jobs and struggling to pay my bills. I would be able to focus more on surfing and training instead of how I'm going to make rent. That would be amazing. I know I'm capable of great things. I've proven that many times but I don't get a lot of opportunities to chase swells anymore.

I spent a lot of years chasing swells, winning awards and making history with little to no sponsors. I thought for sure once I reached a certain level of success the sponsors would step up but that never really happened. You can only do this sport for so long without adequate sponsors before you put yourself in a lot of debt and that happens really fast. 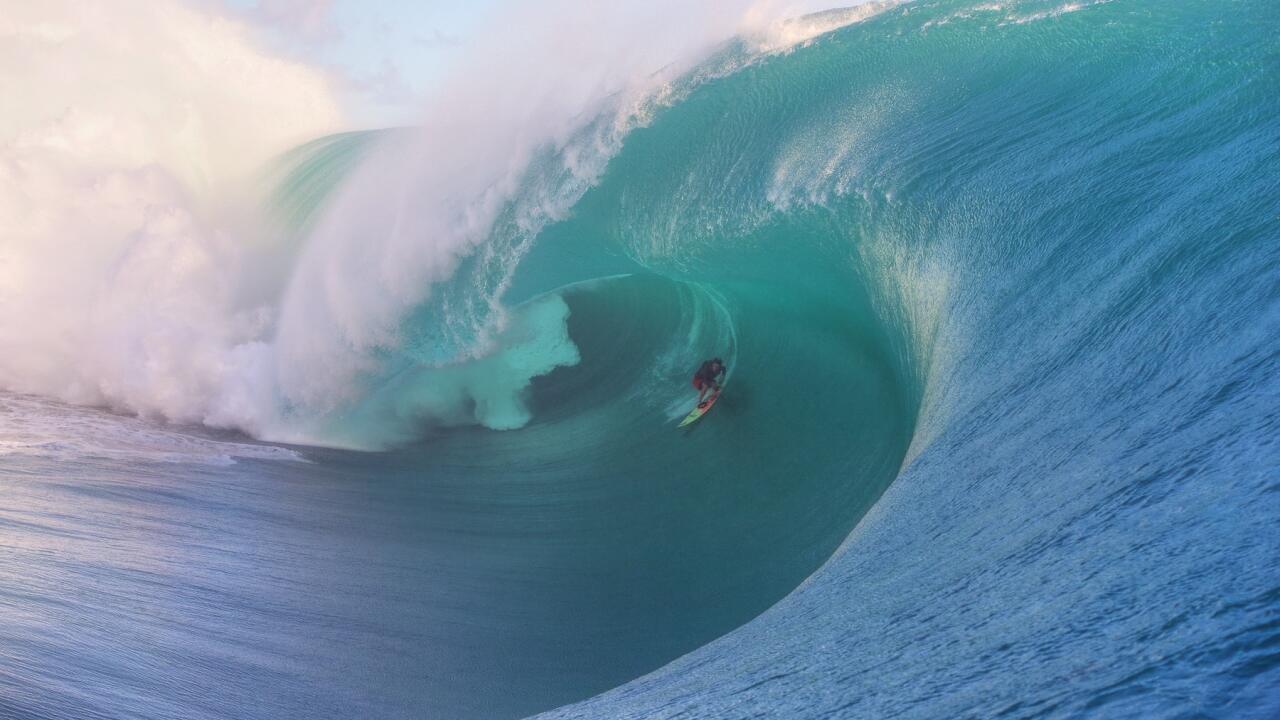 That is what happened to me and on a very personal note, it's hard for me to not fall into spells of depression because I know I have this talent that's not being utilized. I know I'm capable of achieving so much more and I know I will, but to have the financial security would definitely help me reach those goals faster.

Having said that I wouldn't go back and change anything that I did to get me where I'm at. I'm glad that I threw down my credit card and got myself to places like Tahiti and Mavericks and Jaws.

The things I did at those places changed women's surfing forever and when I became the first woman to win an open gender category at the XXL Awards I believe that was a major tipping point towards equality. So I'm very proud of that.

What does this look like in your crystal ball for women in surfing?

It looks like more respect. It looks like people being more interested in watching the women compete because the stakes are higher and that makes it way more exciting for the fans. It looks like brands following suit and sponsoring more women and paying them more.

What do you say to haters out there who say that the women don't deserve this or haven't earned this?

Well people are entitled to their opinions.

My justification for equal pay is this: if I am going out and risking my life in the same conditions as the men then the reward for taking that risk should be equal.

When I paddle out at Jaws and put my life on the line to put on a show for you and I'm getting paid less, what you are telling me is my life is not worth as much as a man's. The only sport where women have been given respect and equal opportunities is women's professional tennis and look at how that sport is thriving! Do the women hit the ball as hard and fast as the men? Nope. Do the fans care? Hell no. Serena Williams crushes it and nobody cares if Federer hits the ball harder.

I believe If you give women in sports equal opportunities the performance level will increase exponentially and become more equal. Everyone wins.

Do you think it's important to have competitive professional surfing as a platform to create cultural change?

I think it's important to have any competitive sport as a platform to create cultural change but especially surfing because the world views surfers as more progressive or enlightened than most people.

If you are a high profile athlete and you take a stand on something that you feel really strongly about people will listen. The new Nike campaign is a case and point. How are you feeling physically and mentally going in to this season? What are your goals?

I had stem-cell surgery in my lower back in May and that was working incredibly well but last month I had a severe muscle spasm in that area so I'm still recovering from that at the moment and I'm having serious FOMO from those last XL Mexico swells [September] I missed out on.

So my goal right now is to train hard and get my body as strong as possible for winter. I'm looking forward to the Pe'ahi Challenge and the possibility of a Mavs and Waimea event this year. I'd like to see Puerto Escondido and Todos Santos as stops on the tour as well.

I would also like to thank all of the women throughout surfing history that came before me and made way less money than I did and sacrificed everything for the sport. They NEVER get credit and there are way too many to name but Margo Oberg, Linda Benson, Jericho Poppler, Lynne Boyer, Frieda Zamba, Wendy Botha, Pam Burridge, Pauline Menczer, Rell Sunn, Betty Depolito just to name a few.

And the women of my generation and the one right before me: Lisa, Layne, Serena, Rochelle, Megan ... There are so many women in surfing history that got the sport to where it is today and I would like to personally thank each and every one of them.