Some of the best surfers in the world have arrived in Ribeira D'Ilhas ahead of the EDP Billabong Pro Ericeira.

Two years after hosting the prestigious WSL World Junior Championship, Ribeira D'Ilhas will once again play a major role in the deciding the future careers of some of the world's best surfers.

"It is with enthusiasm that the people of Ericeira, the first World Surfing Reserve in Europe and second in the world, welcome the talented surfers and the public," declared the Mayor of Mafra, Hélder Sousa Silva. "We hope that this will also be an opportunity to (re) discover how much this territory has to offer, the diversity of the natural landscape, the valuable historical heritage or the delicious gastronomy."

One of only five QS10,000 events, this year's EDP Billabong Pro Ericeira will host 18 of the world's best surfers alongside some of the up-and-coming talents the QS tour sees competing year-long.

Gabriel Medina, 2014 WSL Champion and winner of the recent Surf Ranch Pro will lead the A-list of surfers. Joining the current World No. 2 will be compatriot and current World No. 4 Italo Ferreira, 2015 World Champion Adriano de Souza and Japan's Kanoa Igarashi. Italo ferreira knows the waves at Ribeira D'Ilhas after having finished runner-up at the World Juniors in 2014. - WSL / Damien Poullenot/ Aquashot

Portugal's Frederico Morais is also confirmed, along with Vasco Ribeiro, the current national champion and 47th in the QS ranking.

"I remember being here in Ericeira a few years ago, asking for autographs and seeing the ‘big' surfers in the water, Morais said. "It is with great honor that I sit here today at this press conference. This championship is very important, to compete at home, to have all the support, is really something inexplicable." 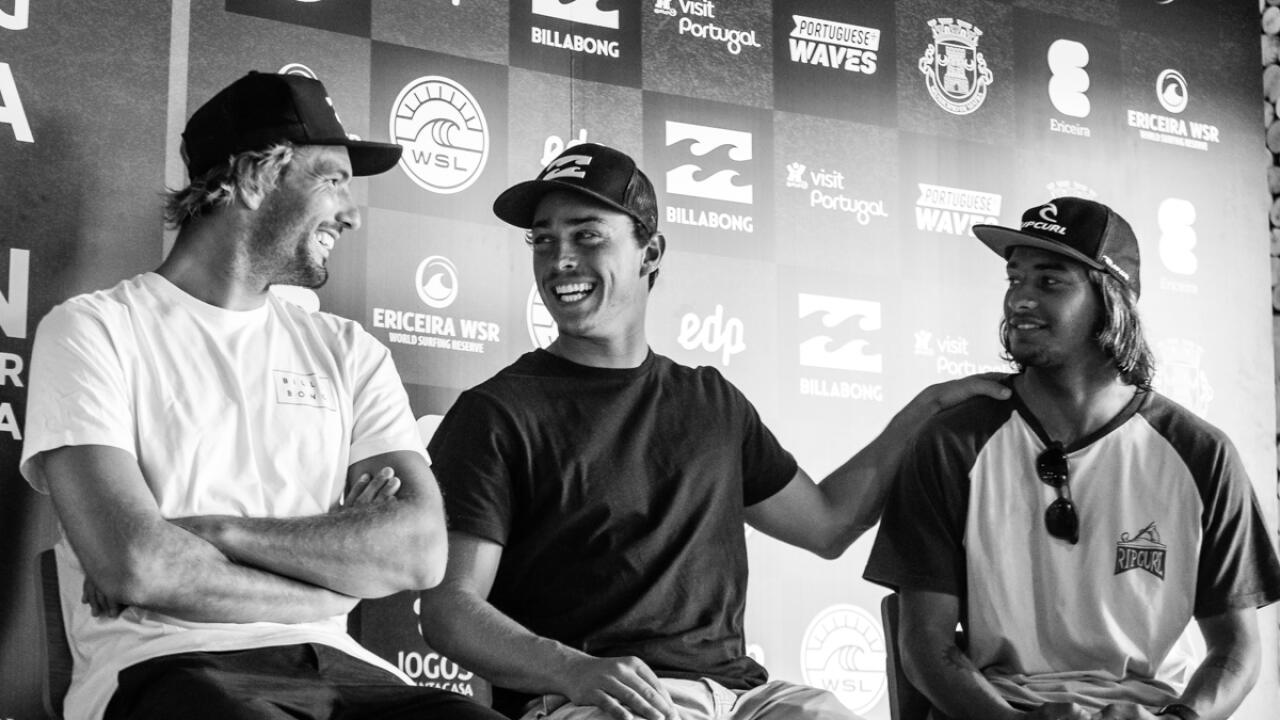 The Portuguese crew: Frederico Morais, Tomas Fernades and Miguel Blanco are ready to take on the world's best in their backyard. - WSL / Pedro Mestre

"We want to thank all the partners who make this event possible, in particular the City Hall of Mafra, EDP, Billabong, and Turismo de Portugal," Francisco Spinola, event organizer stated. "Ericeira is a landmark in the history of international surfing, and the quality and consistency of these waves was a preponderant factor for this return. The quality of the field and an epic forecast should make this one of the best events of the year.

Tune in from September 24-30, 2018 for the LIVE webcast and check out all the photos, videos and updates right here!