Resano Sisters Rip Into Round 3 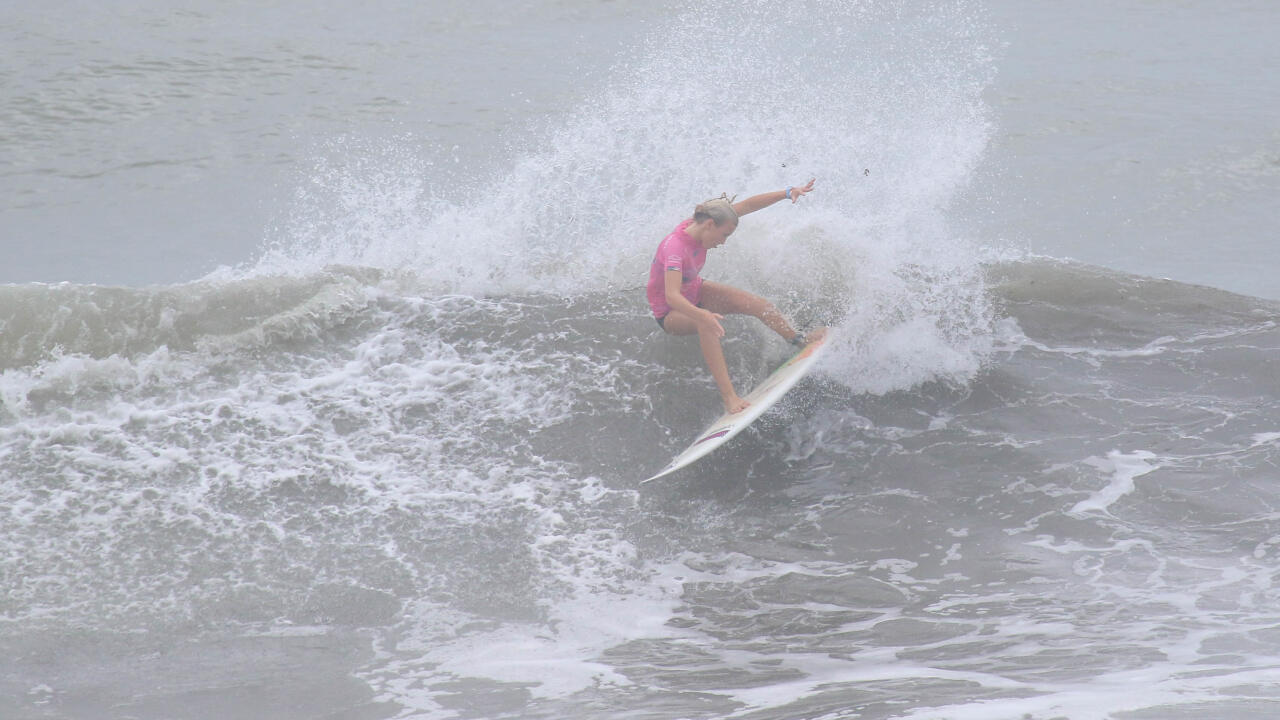 Valentina Resano picked up where her younger sister left off on opening day with a Round 2 heat win of her own. - WSL / Andrew Nichols

Valentina Resano started things off in great fashion with a 13.00 heat total to begin Round 2 and eliminated one of yesterday's standouts Valeria Ojeda. The 14-year-old Nicaraguan watched her younger sister, Candelaria Resano, excel yesterday and now both Resano sisters are into Round 3 after Candelaria's elimination of a top QS threat Bailey Nagy. Valentina is feeling at home despite Playa Jaco's tricky lineup and looks for a dream scenario alongside her 12-year-old sister.

"Sometimes it's good to start in the first heats and build momentum, but I was stoked to start in Round 2," Resano said. "I'm excited to have this event here since I do the Costa Rica National Circuit and we compete on this beach a lot. It's really close and I'm familiar with the wave even though it's always changing since it's a beachbreak. My sister doesn't really do WSL events much, but I got her to come to this one so it's really fun and we're on opposite sides of the draw so maybe a chance of a Final would be amazing." But, it remains all fun for the younger Resano as she looks to make her way into the competitve scene after dropping a 6.17 in the dying minutes to go from third-to-first and claim a surprise win over Kaleigh Gilchrist, who also advanced, and one of the event favorites, Nagy.

"I'm so glad I could start doing these events at a young age and get that much more experience, and if I lose it's not a big deal but I want to put up a fight," Resano said. And she certainly is. 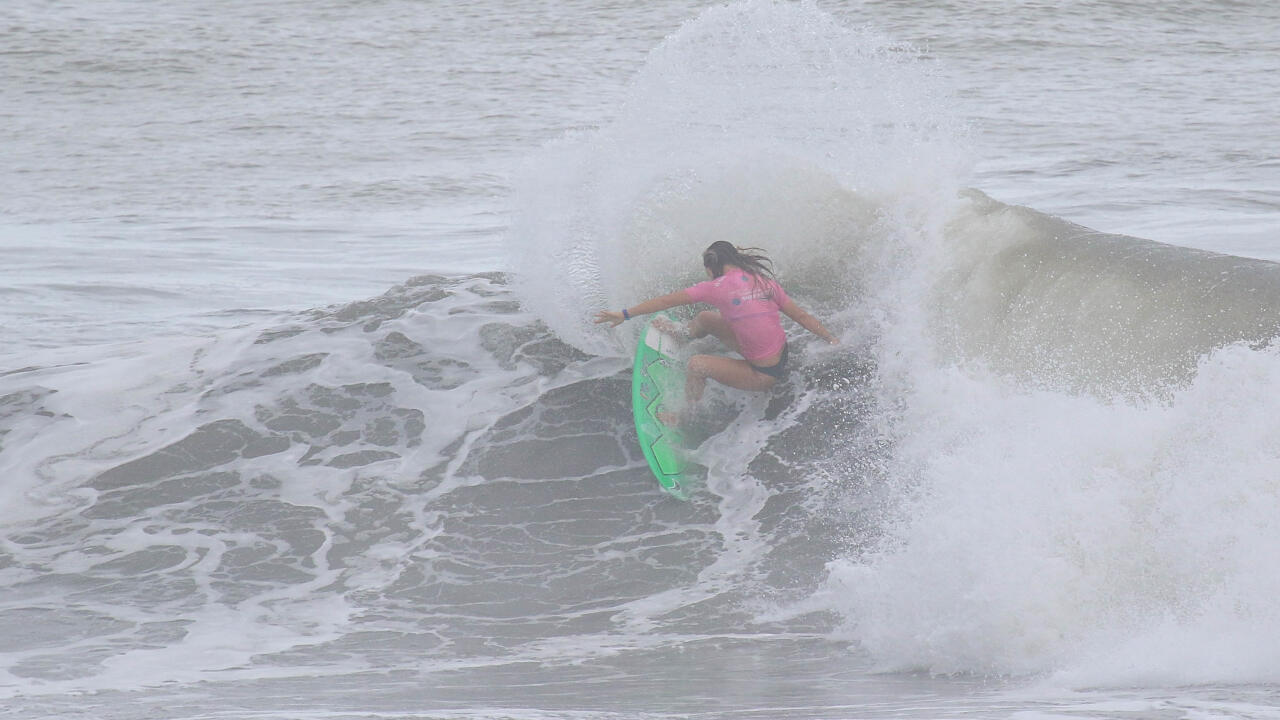 2016 North America QS Champ Meah Collins showed why she has that esteemed title to her name with an explosive, debut performance. Collins earned the women's highest single-wave score, an excellent 8.67, and heat total of 13.50. But, the 19-year-old has a new approach after a difficult year in her first full-time QS season and it showed brilliantly as she was joined by Costa Rica representative Eva Woodland into Round 3.

"I was really fortunate to find that right after thinking if I can find one of those a-frame peaks then I could get through this heat," Collins said. "There was a lot of opportunity, but those ones that were really special were the ones I was keeping my eye out for. Obviously there's always pressure for me when I go out and compete, but I'm not here to prove something to myself or anyone. I just want surf, have fun, and enjoy Costa Rica -- and if I can get fun waves like that in my heat it just makes it that much better." 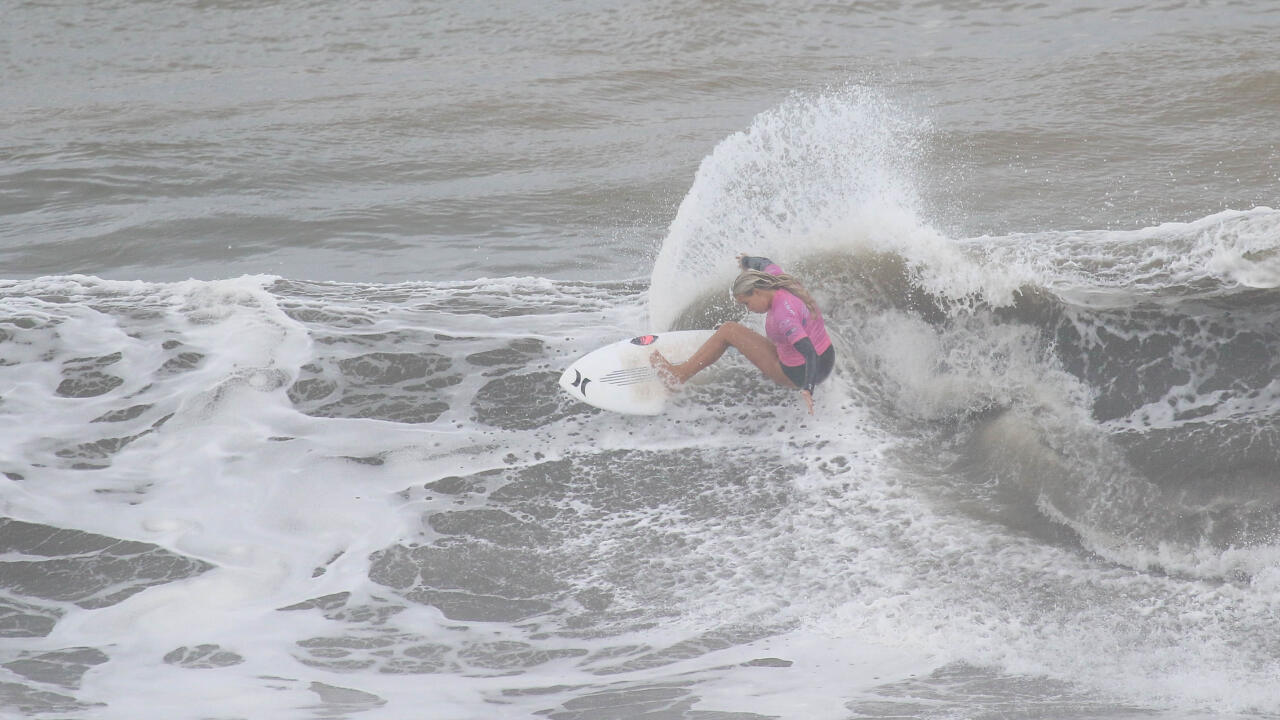 Rachel Presti has spent more than enough time in Costa Rica's breaks and showed that confidence with a big Round 2 heat win. - WSL / Andrew Nichols

Rachel Presti continues to find her way through the competitive scene at just 16-years-old as she learns the ups and downs of a QS competitor. Today marked a positive for the Floridian, who represents her German heritage now for a shot at future Olympic possibilities, with a solid 7.17 in her account amid the tough conditions.

"It feels good to get a win and it's so exciting to have an event back here since I've been coming to Costa Rica since I was nine," Presti said. "My coach (Jim Hogan) lives in Hermosa and I come down to surf all the time. I'd made at least one round in every event so that boosted my confidence, but my confidence was low for a little bit and my friends and family helped me through that. Since then I've done more contest and I started doing better which definitely helped."

Tomorrow's 7:30am MDT call will determine an 8:00am MDT start for either men's Round 3 or the remaining heats of women's Round 2.