With less than a month until the Port Stephens Toyota Pro, some of the world's best and most high-profile female surfers are gearing up to head to the idyllic region. The elite WSL Qualifying Series (QS) competitions - which will run from the 8 - 13 November - will comprise of Women's 6,000 and Men's 1,000 rated divisions and provide the women with a healthy boost of points to finish their 2018 QS campaigns. 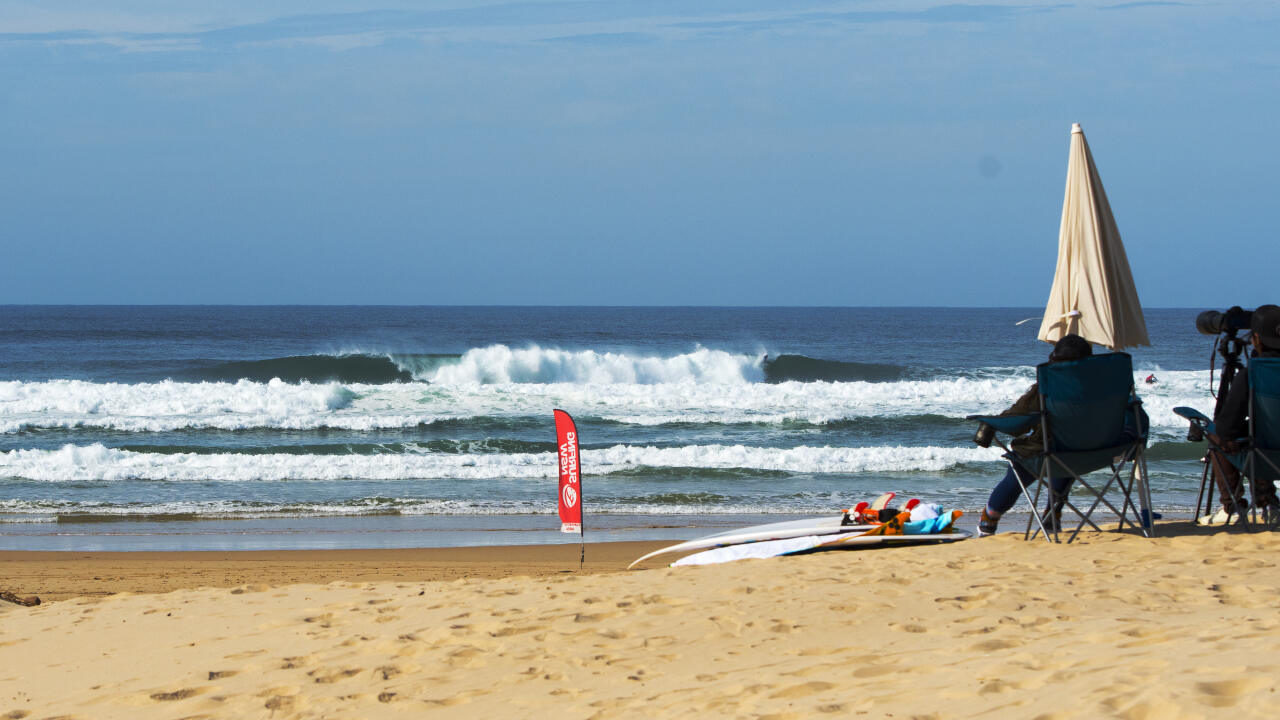 Currently ranked 14th on the World Championship Tour and 2017 Port Stephens Toyota Pro competitor Sage Erickson is looking forward to returning to the Port Stephens region and finishing her 2018 campaign off with a bang.

"Events of this level make and break years," Erickson said. "This will be a huge opportunity for me to capitalise on a not so good year on the Championship Tour and confirm my top spot on the QS and the same goes for others. Birubi is a great consistent wave as well. Last year we absolutely scored and I'm confident the same will happen this year. I appreciate the commitment from WSL Australia / Oceania for choosing to have a grand finale in such an awesome location." Sage Erickson will be looking for a solid result at Birubi. - WSL / Damien Poullenot

Having received a wildcard into the Women's QS 6,000 event and currently 10th position on the WSL Championship Tour, Nikki Van Dijk is eager to venture north to compete in the Port Stephens Toyota Pro for her first time.

"This will be my first time competing at this event so I'm really excited to suss out Birubi Beach," Van Dijk said. "The waves at last year's event looked so good so I'm hoping we get more of the same this year. This is a big event for the QS competitors but also for the Championship Tour surfers as it can help to lock us in on the CT for next year. It will also play out as a really good warm up before heading to Maui as the competition will be just as fierce." Nikki Van Dijk is hoping to use the Port Stephens Toyota Pro as a springboard to a solid result at the final CT event of the season in Maui. - WSL / Kelly Cestari

Surfing NSW CEO Luke Madden praised the collaborative efforts of all stakeholders for getting the event off the ground for the second year in a row.

"The Port Stephens Toyota Pro is truly a collaboration of efforts from all stakeholders as well as the local community. I think I speak for all parties when I say that we're all looking forward to seeing the 2018 Women's Qualifying Series wrap up in this beautiful part of the world in the forthcoming weeks," said Madden. "We're really proud to see the 2018 Women's Qualifying Series culminate with a top rated 6000 event on Australian shores," Said WSL Australia / Oceania General Manager Andrew Stark. "Last year Port Stephens provided incredible waves for our competitors so it is great to be returning to Birubi Beach this year. This event is one of the most important on the WSL QS calendar as it will decide who will qualify for the elite Championship Tour in 2019. An event of this importance will gain the attention of the surfing world while pitting some of the sport's biggest names against the next generation of World Title hopefuls. WSL would like to thank and acknowledge the event's key partners who make this event possible, including Burton Toyota, Destination NSW, Surfing NSW along with the Port Stephens Council and community."