The shores of Okuragahama Beach, Japan, were buzzing from the start for an exciting finals day at the White Buffalo Women's Hyuga Pro QS 3,000 with a lot of surfing on schedule to crown the 2018 victor. That incredible victory belongs to QS veteran Paige Hareb after charging from Round 3 to the Final, not skipping a beat throughout the day and posting the event's top performances en route to the podium over Australian upstart Isabella Nichols in clutch fashion.

It's been nearly a decade in the waiting for Hareb, who's fallen off the Championship Tour and showed her will to get back, and this win all but seals her re-qualification as she now sits at 13,800 points. 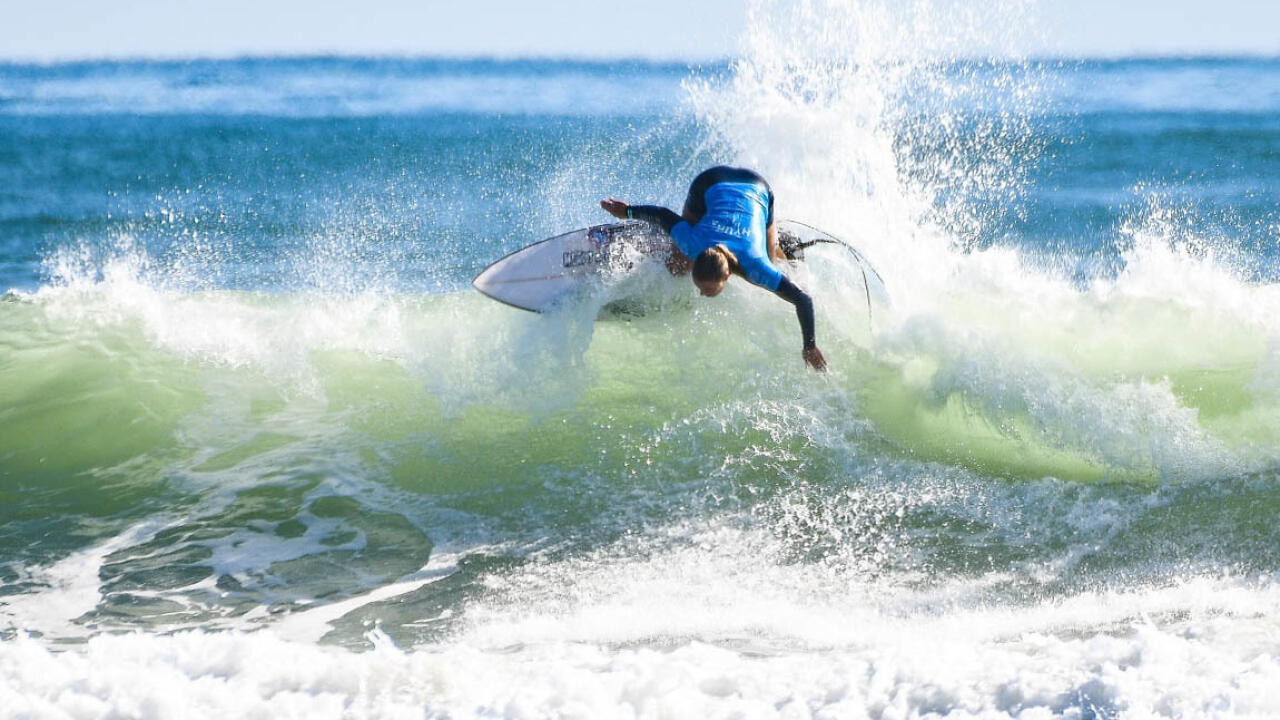 The goofyfooter laid waste to the running righthanders for a near-perfect 9.33 in Round 3 and set the tone for finals day. - WSL / Kawana

The New Zealand native took advantage of the 30-minute Final as she sat patiently for nearly 20mins of the heat before getting things started against a busy Nichols. The Australian had Hareb in an early, 12.40 (out of a possible 20) combination situation -- meaning she needed two new scores to equal Nichols. But, the former Championship Tour (CT) showed her poise as the clock wound down below the four-minute mark needing a 6.77 (out of a possible 10) and delivering a 7.00 to steal the lead and a big win.

"This win is pretty special since it's my first one in ten years when I last qualified for the Tour," Hareb said. "I knew I had more time since it was a thirty-minute heat, but I just couldn't find anything and maybe I was in the wrong spot. I had to be patience since I only needed two waves. It was frustrating seeing Bella get that one under my priority and it seemed she was on everything."

Hareb had to overcome a talented lineup in her run toward the podium, starting the day off with a near-perfect 9.33 -- the event's highest single-wave score -- and 8.17 for an event best 17.50 heat total. But, the New Zealander wasn't done yet and took down Holly Wawn in decisive fashion before a close heat with Japanese competitor Mahina Maeda in the Semifinals. The 28-year-old now moves into the Top 6 with a remarkable performance as she looks to requalify.

"It's given me a lot of confidence for the next event and to requalify," Hareb added.

A Bump Up the Ratings for Izzy 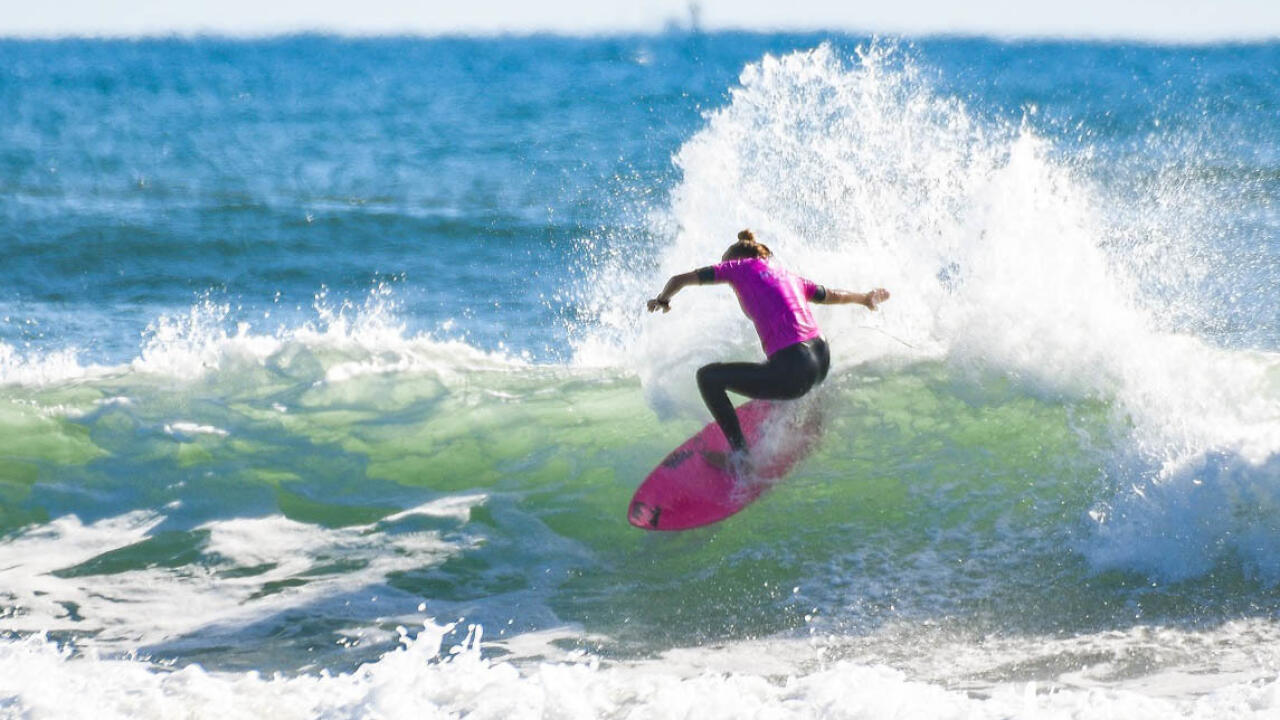 Isabella Nichols forehand gauges thrusted her to a second Final in 2018. - WSL / Kawana

This marks one of Nichols' best performances on the QS so far in her career, earning her first win earlier this season, after showcasing her powerful forehand throughout the event. The 21-year-old kicked it into high gear against event, and qualification event Philippa Anderson (AUS) before a dual with yet another fellow Aussie Sophie McCulloch. But, Nichols leaves Japan 1,250 points better after dropping 1,000 points and inches toward making one last charge toward the Top 6.

"It's definitely a good confidence boost and hopefully I can bring this confidence to Birubi," Nichols said. ""I love Japan. All the people are so lovely and this set up has been amazing. I always love coming to these contests. 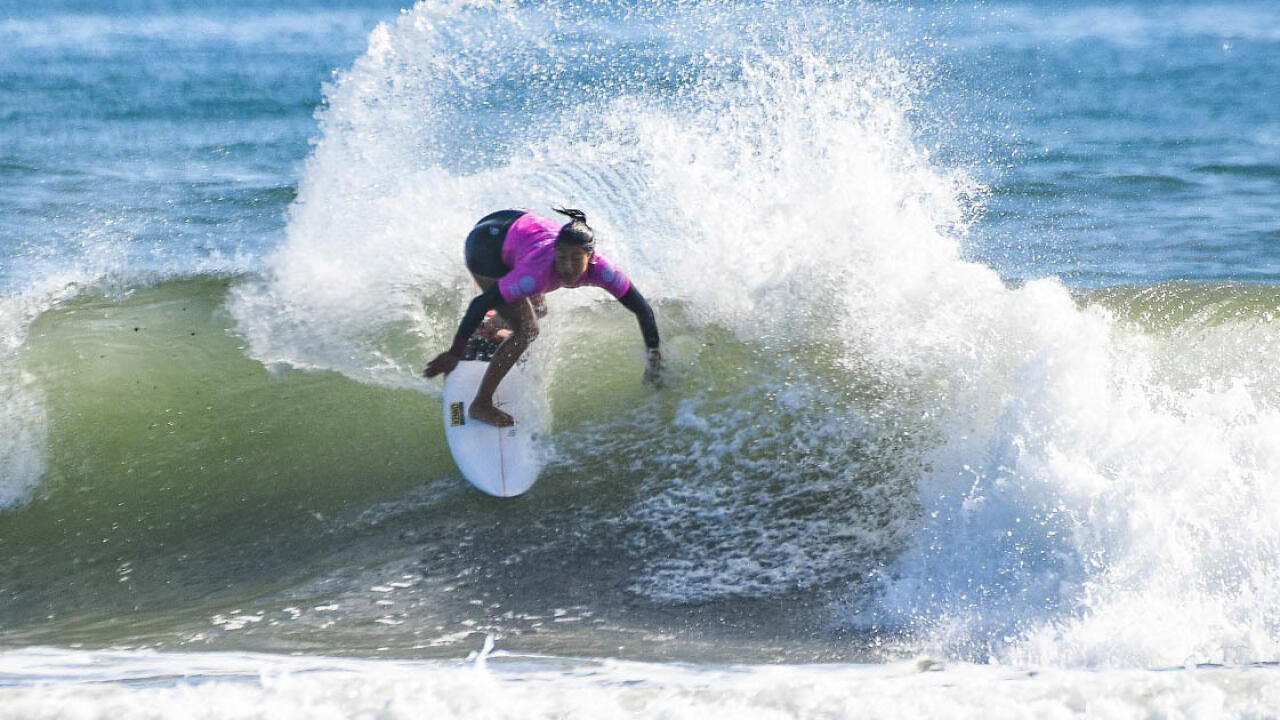 The Japanese QS threat overcame fellow countrywoman Maiko Miyasaka in defining fashion as Miyasaka couldn't find her rhythm against the in-form Maeda. Now, Maeda drops her Caraibos Lacanau Pro result and improves, but only slightly as she still sits at No. 15 on the overall QS rankings heading into Australia to finish the season.

"Paige (Hareb) was surfing so well and she made it some hard competition in that heat," Maeda said. "She just got the better of me in that heat honestly. I had priority when she got that 7-point ride and was sitting too far out which was a tough decision to make. But, I'm happy with another third-place and feel like I'm on a streak of thirds which is never a bad thing. Hopefully I can get one more at the QS 6,000 which would maybe put me in that qualification seat." 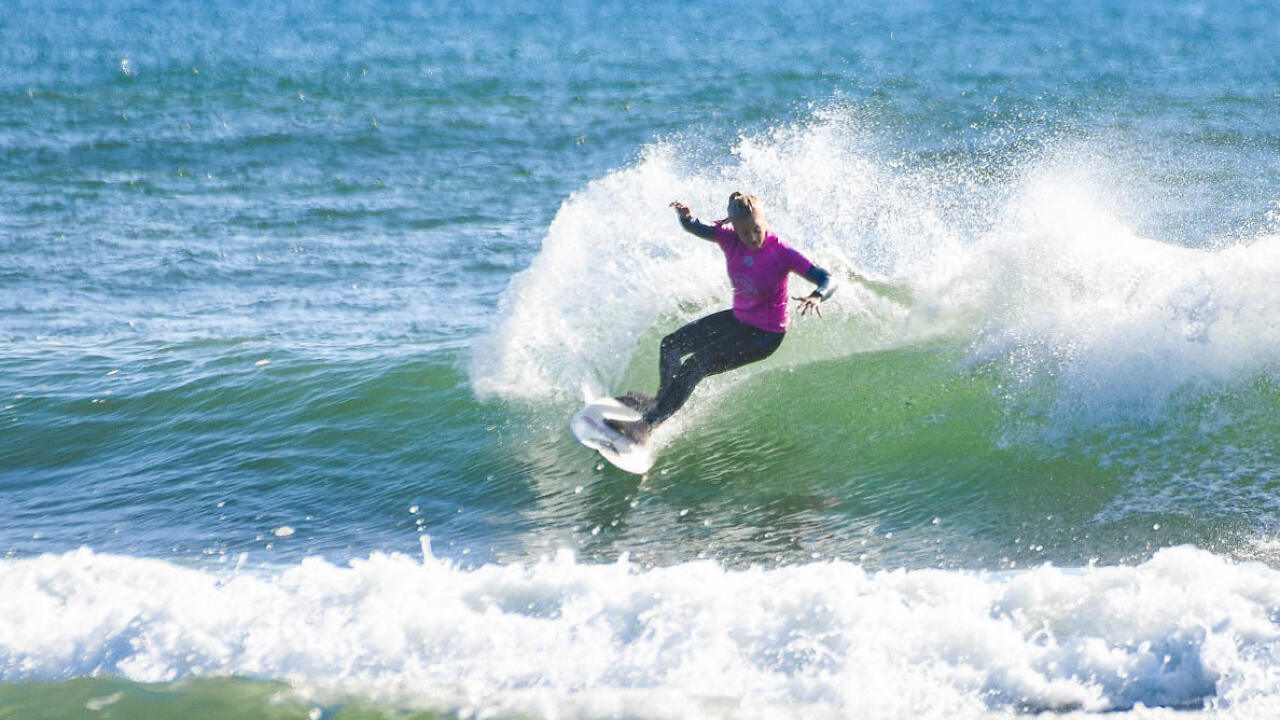 Sophie McCulloch continues to raise her performances at a young age and will be a big threat to finish 2018. - WSL / Kawana

McCulloch displayed surfing beyond her years with an impeccable finals day run that started with a big Round 3 win before taking down fellow Aussie, former CT competitor Dimity Stoyle in the Quarterfinals. But, the overpowering performance from eventual runner-up Nichols narrowly eliminated her in a tight bout -- only 1.00 separating them. Now, McCulloch heads back to her home country for the Port Stephens Toyota Pro for one last shot at another big result.

"This is my best result and it feels great to get a few heat wins and build confidence into next year," McCulloch said. "Dimity is a really rough competitor, so to get the upper hand in a two-man heat is great for my confidence as well. Coming from the same beach I feel like I owed her one."