Editor's note: Get your feet wet with WSL Fantasy Surfing for the final two stops of the CT tour in Hawaii.

Could have been the waves, perhaps the misalignment of the planets, or maybe the tensions of the Title Race -- but something sent our Fantasy lineups spinning.

From an unlikely Tier A winner (Only 7.25% of players started Italo!) to a never-saw-it-comin' Tier C finalist, check out the Fantasy nuggets mined by our resident quantitative analytics team -- the WSL Quants -- and get pumped for Pipe.

Duru was surfing like a man who's dream job was on the line (because it was). Not only did he out surf Filipe Toledo in round three, knock out Julian Wilson in the quarters and eliminate Owen Wright in the semi's -- he put up the second-most fantasy points of any tier C surfer all year! Unfortunately only 12% of y'all believed! 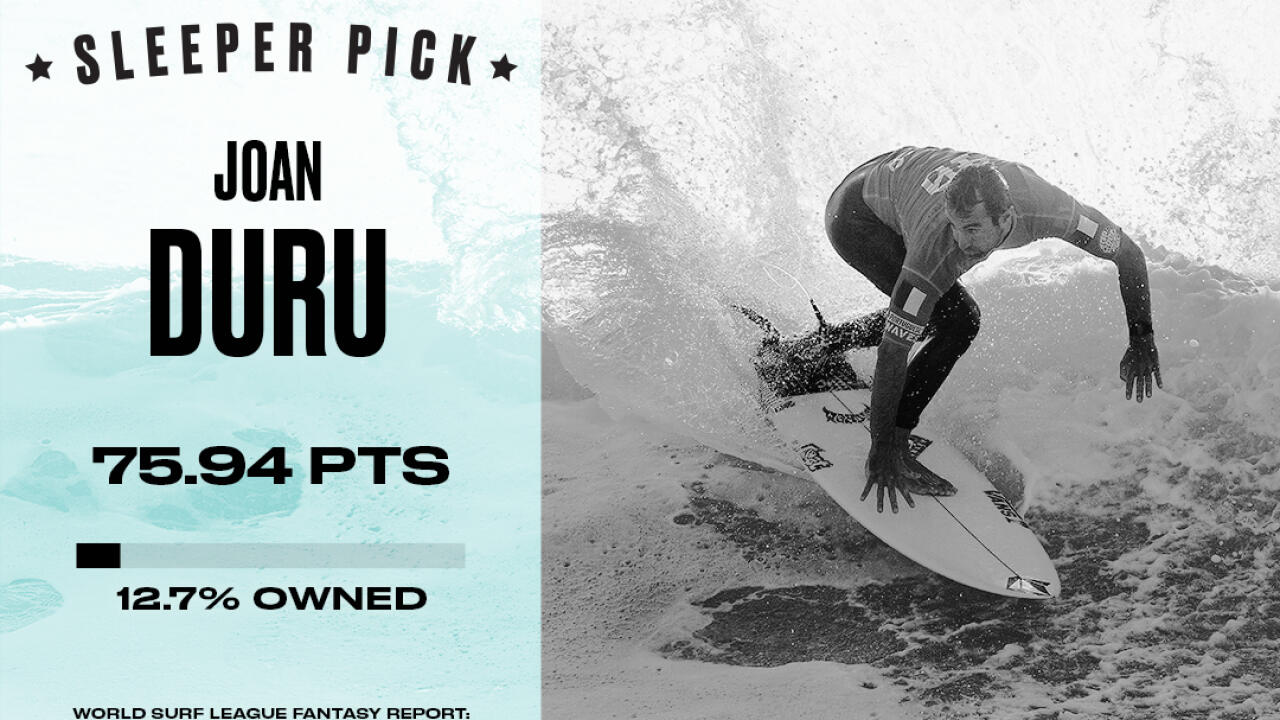 Kolohe can't catch a European break. First, he got clipped by the rulebook in France. Then and up against Zeke Lau in Round 3 he was waiting for scores waiting for scores...and Zeke's number made it a tie! 13.40 to 13.40! Zeke eeked through because he had the highest single wave score (a 7.5 to Kolohe's 7.07). It's a full Fantasy bummer, man. The world was watching! It was all eyes on Toledo when Joan Duru needed a score 5.61 or higher with 90 seconds remaining to defeat Filipe Toledo. The goofyfooter paddled into a medium-sized right, navigated a small barrel and followed it up with a series of three backhand turns, earning a 6.00 and setting him up on his run to the finals! No one achieved a perfect lineup for the MEO Rip Curl Pro Portugal in 2018. So Pitted Brah came the closest, picking six of eight perfect-lineup surfers for a total fantasy score 477.57 points. Great job So Pitted Brah we hope you get so pitted brah! Wwwwwhuppah!