A long-awaited North America Longboard Qualifying Series (LQS) event was finally realized after three years to help regional talents get a shot at the world's best -- and garnered three new contenders between the men and women's side of things. Jinzung Harbor, Taiwan, is back as the platform for longboarding's elite November 26 - December 2 and North America has some new competitors to help shake things up. 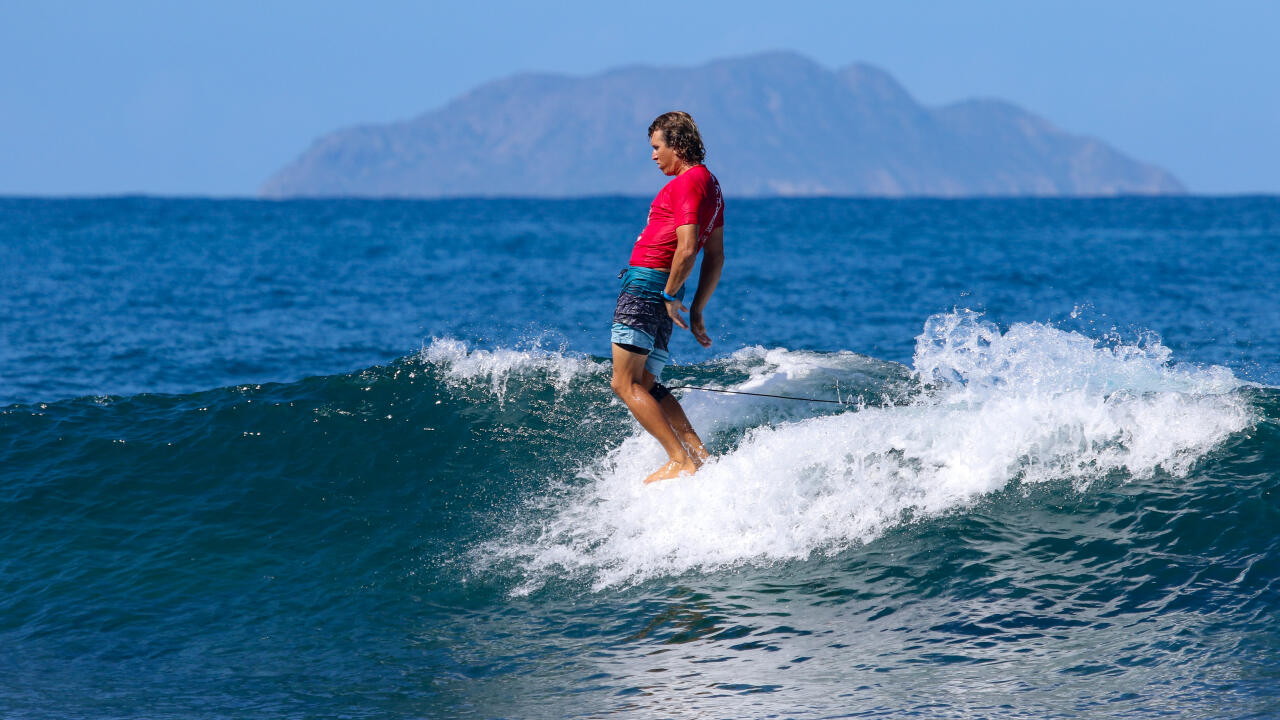 Current World Longboard Championship competitors Tony Silvagni, Kevin Skvarna, and Kaitlin Mikkelsen locked in their spots for next year's Tour with results from the Rincon 50 Surf Fest. But, they will be joined by a few unfamiliar faces to the WSL longboard scene who are hungry for a chance to earn a place among them in 2019.

Two of the Florida's Finest Are In Puerto Rico was a godsend to regional longboard competitors looking to make that next step in their pro surfing careers and Austin Hollingshead and Steven McLean got the job done for their World Longboard Championship debut.

Melbourne Beach, Florida, native Hollingshead showed he may just have what it takes to give the world's best some trouble after losing a close heat with 2x World Champion Piccolo Clemente in the recent Rincon 50 Surf Fest Quarterfinals. Hollingshead showed his maturity coming straight from the amateur ranks into the WSL level with poise and style but will be on an entirely different platform in just a few days' time.

"It means the world to me to actually be going to Taiwan," Hollingshead said. "This has been my dream since I started surfing and to now be going to the Championships, and surfing against the best in the world, I'm in disbelief. The only way to describe how I feel is I'm just out of this world right now." Hanging on by the toes, McLean's dream became a reality. - WSL / Andrew Nichols

Fellow Floridian McLean was on hand the last time North America held its qualifier and has stayed busy since then with local events up and down the East Coast along with some not-so-common travels when considering surfing. The 24-year-old recently finished college and immediately took to the air for a trip to Norway for an opportunity to experience something completely different, while testing new waters.

Now, his goal of joining the world's best is within grasp and he's all in.

"It's been a dream of mine to be a Top 5 competitor on Tour since I was 16," McLean said. "I used to watch hours and hours of TJ (Taylor Jensen) and Harley Ingelby on Tour as a grom. I know I have what it takes to be a threat on the world stage and I'm looking forward to this opportunity." The youngest of North America's representatives comes in at just 15-years-old after earning a Semifinal result at the Rincon 50 Surf Fest -- her first-ever WSL competition. The Laguna Beach, California, native displayed her graceful poise at Domes and made her first trip to Puerto Rico count . But, it's all fun for the teenager.

"I can't believe I have the opportunity to go to Taiwan and surf in this event after learning a lot in Puerto Rico," Gall said. "This was my first contest using priority and it's tricky to get right in heats. That's something I'll try to work on at Worlds and figuring it out as I go. But I'm really looking forward to just enjoying the moment and having a lot of fun."

The World Longboard Championships will be held November 25 - December 2 at Jinzun Harbor, Taiwan.