"It was 1987, I was 11 or so, Jack Johnson and I were surfing Pipe when I saw my mom waving on the beach," Benji Weatherly recently said. "I thought something had to be wrong as she never came to the beach. I came in and she pointed to what is now the Volcom House and said, ‘I rented that house. It's out of our budget at 700 bucks a month, but we'll find a way to make it work."

Little did Benji or his mum know that the decision would change surfing. Over the next decade, "Benji's House" as it became known became the Hawaiian winter home, safe house and crucible from which the "Momentum Generation" would take over the world. It was also the template for every current "Pipe House". These are the properties owned or rented by the world's biggest surf brands for their athletes that now line the beachfront on the stretch from Pipeline to Rockpiles. The rental fees for those houses on the Ke Nui Road can now be as much as $20,000 per month in the prime winter surf season.

Weatherly was one of Hawaii's most talented young surfers, but his humor and outgoing nature also meant his sense of fun was magnetic. His personality, combined with his mum's open door policy (not to mention the views of Pipe) attracted Kelly Slater, Shane Dorian, Rob Machado, Kalani Robb, Taylor Knox, Pat O'Connell and the Malloy Brothers, who all set up camp at the house each winter. Their surfing and teenage antics were documented by a then unknown filmer, Taylor Steele, and formed the basis of the successful Momentum surf movies. That freaky, once-in-a-generation collective of talent was then anchored by big wave legend Todd Chesser.

"Chesser was a few years older than us and a natural leader. We all wanted to impress him and that meant riding waves we would never have even considered," says Weatherly. "Remember this was before inflation vests and jetskis used for safety. On any given day there was guys in hospital and guys that had nearly drowned. You were terrified and it was traumatic, but the bond that developed in that house as we surfed those crazy waves was so strong that it survives today."

As they pushed the boundaries, both in performance and big-wave surfing, they also changed the dynamic of the Pipeline lineup. "Before that Pipe was owned by guys like Dane Keohola and a heavy crew who everyone was too scared to challenge," he says. "But we discovered that if all us kids stayed together and yelled loudly enough when someone paddled it would be ours even for a minute. And because we surfed so good eventually we became accepted." The house has changed owners, but the view hasn't altered. - WSL / Tony Heff

Benji's house was also known for its inclusive nature. Everyone was welcome from any background and its raucous, positive energy attracted scores of surfers every day. On the good Pipe days it was common for 30 or so surfers to be hanging at the house with half of them staying overnight using every inch of available bed, couch and floor space.

"I remember at one of the Pipe Masters and Tom Carroll was looking for a car park near our house," recalls Benji. "He saw me and he goes, ‘Is it cool if I park here?' I was so starstruck and said of course you can park here, you can live here! He went out that day and did that famous snap then came back and hung out with us. It felt like the older generation accepted us and the house had become a public hub. It was at the very epicentre of surfing's biggest moments." 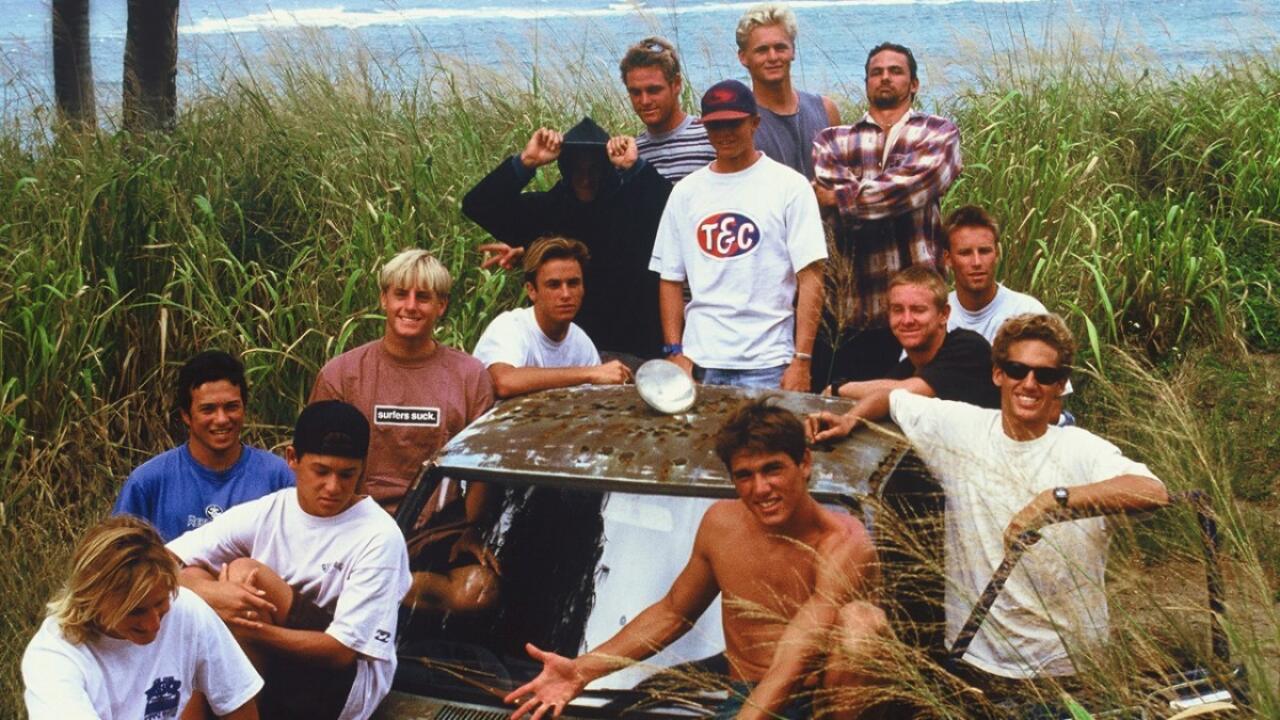 In 1994 the owner of the house offered to sell the property to the Weatherlys for the now seemingly ludicrous sum of $300,000. "We didn't have the money. I remember telling Slater that it was for sale and even he didn't have that much money," laughs Benji. "I heard Volcom paid around $4 million for it ten years later."

In 1996, the Weatherly clan moved out and Benji went to live with his idol and best friend Todd Chesser. In 1997 Chesser died surfing an outer reef in Oahu. In a new HBO documentary titled the Momentum Generation, the impact of Chesser's death on the group of surfers, as well as their impact on surfing is told with incredible emotion, humor and insight.

"Todd's death changed everything, the house was finished and our lives went all in different directions," says Weatherly. "But that decade and that house was so pivotal, not just for us, but for surfing. The best surfers of a generation forged a friendship under that roof and in the waves out the front that still stands. Everyone wanted to make something bigger and better out of their lives than the one they had been handed. And we all did."