For much of the 2018 Championship Tour season Filipe Toledo topped the Jeep Leaderboard and was in strong contention to win his first World Title. Then Gabriel Medina got hot in the back half of the season and Julian Wilson paddled his way into striking distance.

Medina currently fronts the race, while Wilson and Toledo are sitting in a tie for second. Of the three contenders, Toledo's past performances at Pipe have historical data working against him. His highest finish was a 5th in 2014, and he only has a 38-percent win rate in the Pipe Masters, while Medina's at 62-percent and Wilson, a former Pipe Masters champion, is at 52-percent.

Dawn Patrol: Scene Set at Pipe
21:57
With windy onshore conditions, the Billabong Pipe Masters is OFF on the second day of the waiting period. Next Call: Dec 10 at 7:30am HST

But 2018 saw Toledo step up his game in waves of consequence, spending a month training in Tahiti to hone his tube-riding acumen.

"I'm feeling good. It's been a great year. I think that the training that I had in Tahiti has given me a lot of confidence in these kind of waves," said Toledo at the start of the Pipe Masters waiting period. "I don't really surf that much Pipe because of the crowd and all the people. I just try to stay focused on my strategy, watch what everyone else is doing and get ready for things mentally."

Considered one of the best small-wave surfers in the world, Toledo recognized his shortcomings in the heavy stuff and made a concerted effort to develop the skills necessary to contended.

"I got to a point in time in my life that I needed to improve on that, and I knew it," admitted Toledo. "I think Tahiti was the best place to do it. It's not crowded, there's really amazing people there and perfect waves. I was there a month before the event and I surfed some bigger swells and smaller ones, windy and not windy. I was just trying to get better." 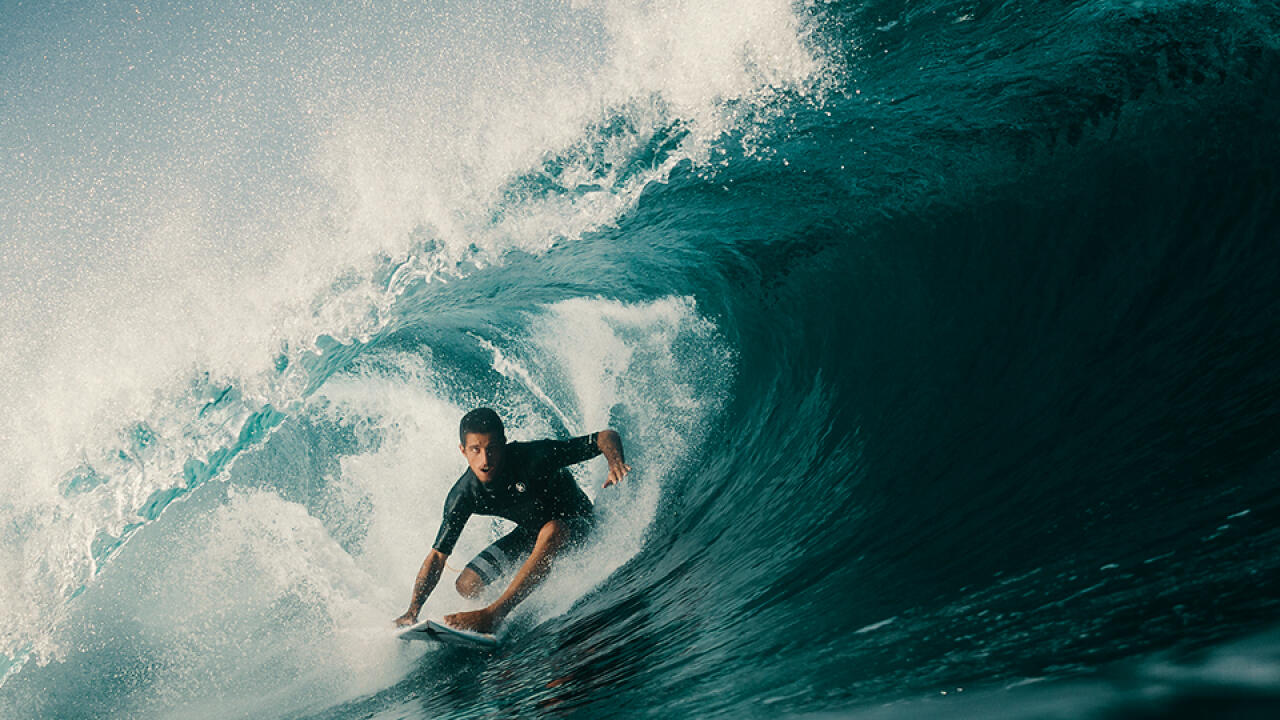 Toledo locked in during a strike mission to Tahiti. - WSL

In terms of how he's feeling going into Pipe, he's been able to block out the noise and focus on surfing and enjoying the moment.

"This is my ninth season here and this year is probably the one that I'm feeling the most comfortable," said Toledo. "Last year I got some really good waves. I'm grateful. I'm happy. I'm just enjoying life."

Toledo confirms that his boards are feeling dialed in. He's fit and injury free. And mentally, he appears to be comfortable and relaxed.

"I've been surfing a lot. The other day I surfed Pipeline from 9:00am until like 5:00 in the afternoon, just spent the whole day at the beach cruising," said Toledo. "I'm staying with the family. I'll paddle out, catch a few, come back in. That's been my training so far."

In terms of what he needs to do to win Pipe, and subsequently the World Title, he's taking it one step at a time, one heat at a time.

"Even if I don't win the Title, if I'm able to accomplish my goal of getting a really good result here, I can feel great about it that I did my part of the job and got it done," said Toledo.