The 2018 Championship Tour (CT) season has come to a close with Stephanie Gilmore winning a record-equaling seventh World Title and Gabriel Medina winning a second. In addition, a new crop of rookies has officially been solidified for next year.

The 2019 men's CT class will be contested by the Top 34, made up of the top 22 finishers on the CT Jeep Leaderboard, the top 6 finishers on the Qualifying Series (QS), and two WSL wildcards. "It's always a challenge when we have a large number of applicants for a limited number of wildcard positions," said Kieren Perrow, WSL Commissioner. "We truly appreciate and understand the value of being on Tour and take this process very seriously. As it has for years, this process includes an independent medical review board, which assesses the applicants based on severity of injury and the impact it has on the surfer's ability to compete at the Championship Tour level. In the case of 2018, all three applicants were deemed to have severe injuries that prevented them from competing in multiple events. From there, we apply our technical criteria and career achievement factors - which include World Titles, career results, prior year ranking and ranking at time of injury. While all three have strong cases, we have determined that Kelly Slater (USA) and John John Florence (HAW) will receive the WSL wildcards for 2019 and Caio Ibelli (BRA) will be the first replacement for the Tour - not something we guarantee to a third applicant most seasons but is deserving in this case."

The 2019 women's CT class will be contested by the WSL Top 17, made up of the top 10 finishers on the CT Jeep Leaderboard, the top 6 finishers on the Qualifying Series (QS) and one WSL wildcard. 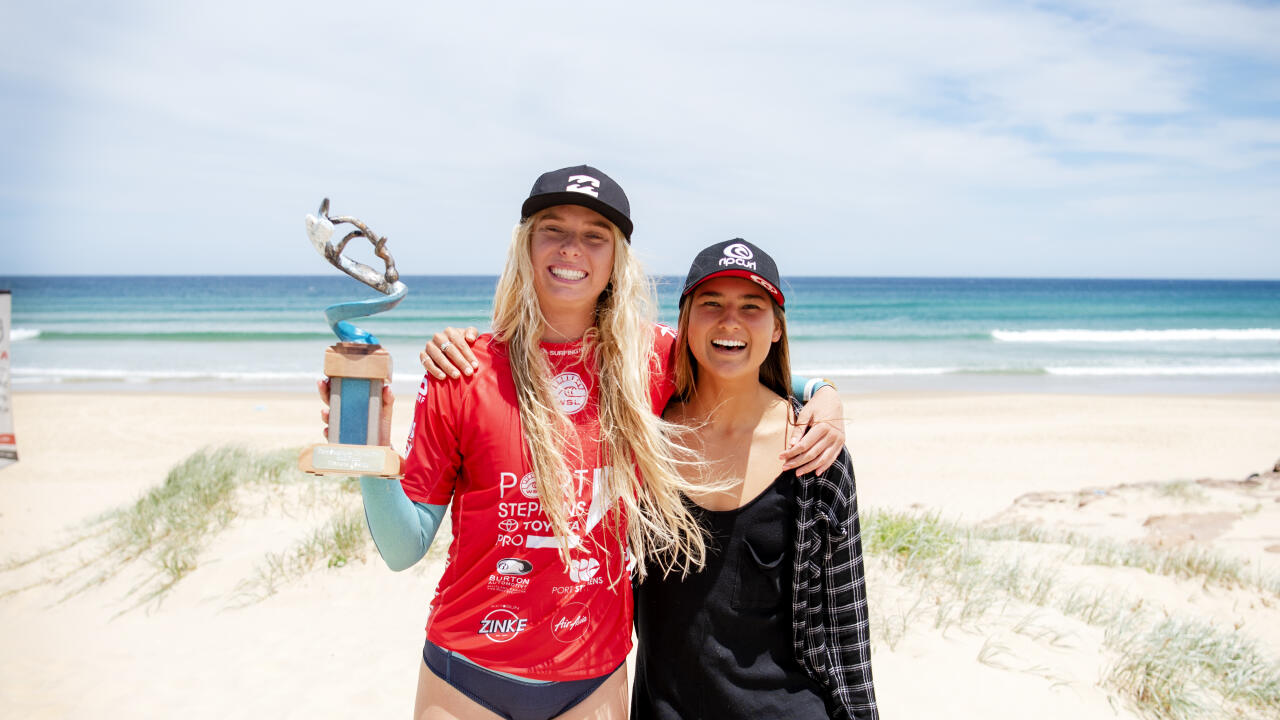 The roster will see two new rookies surfing on the world stage: Macy Callaghan and Brisa Hennessy. Callaghan and Hennessy both qualified for this year's Tour after their performances at the QS Port Stephens Toyota Pro held at Birubi Beach in New South Wales, Australia.