One of Oahu's most iconic competitive venues, Sunset Beach, delivered breezy, challenging conditions throughout the day with consistent four- to six- foot wave faces and strong yet favorable easterly tradewinds. In the end, it was Kauai's Gabriela Bryan and Japan's Roi Kanazawa who earned big wins in two completely different fashions. Women's event champion Bryan successfully defended her title, quickly establishing herself as the in-form surfer of the competition and posting the highest scores on the women's side of the draw. Displaying the confidence and talent that launched the 16-year-old to finish atop both the Hawaii/ Tahiti Nui Women's Tours - Junior and QS - in 2018, Bryan easily won all of the three heats she surfed today, including the most important thirty-minute Final.

"I'm super stoked to win back to back, it was definitely one of my goals this year, and I'm really happy to start the year off with another win for my first contest," Bryan said following her victory. "I was getting pretty good scores all day, so I was just going to try and do the same thing as before, wait for the good waves and just surf the best that I could." 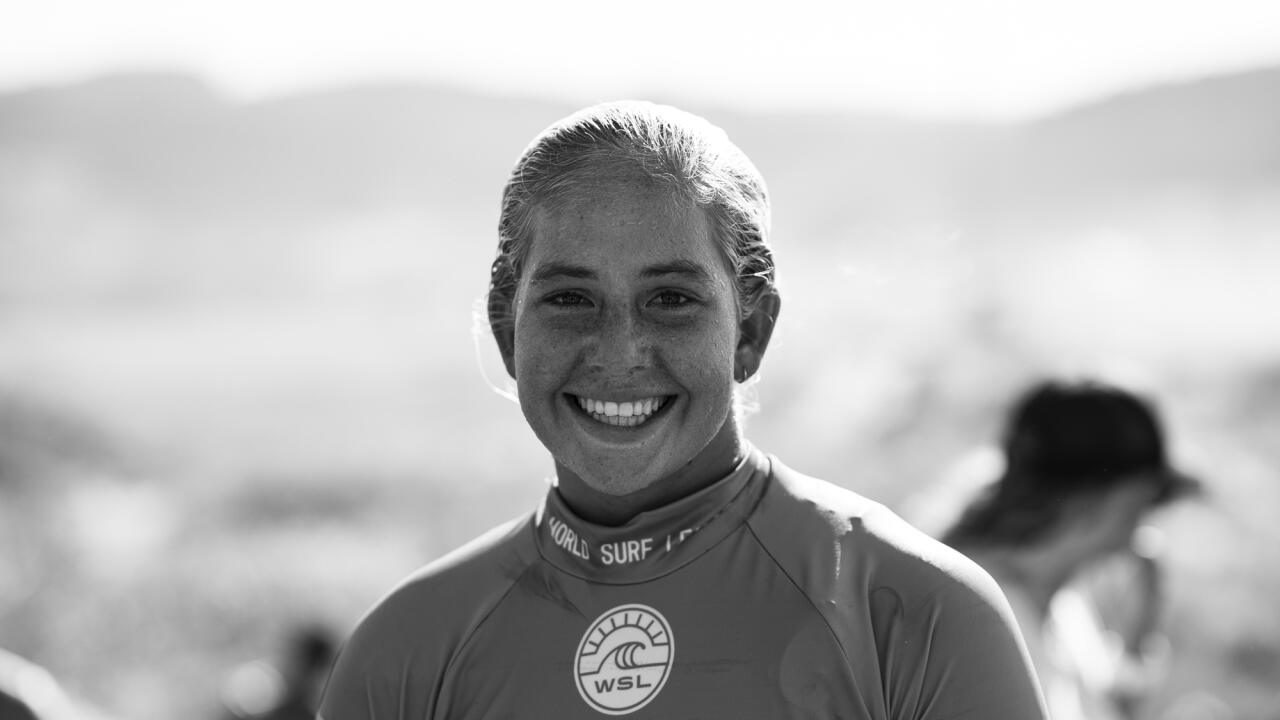 The young Kauai competitor all smiles as she retains her reign over the region. - WSL / Guillaume Arrieta

"It always feels great to win, it's the best feeling just to win here at Sunset again," Bryan continued. "It's such a tricky wave and it's one of the best places to win honestly. Just the feeling is what keeps me motivated." Roi Kanazawa about to stick the landing on his way to a maiden Hawaii event victory. - WSL / Mike Chlala

It was a much more dramatic finish to the Sunset Pro Men's Pro Junior. Needing a 6.10 to take the lead with under a minute left in the Final, Kanazawa hit a series of committed, on-rail turns to earn a nail-biting 6.73 on his very last wave. It was enough to steal the win from Crosby Colapinto, who had led for the majority of the thirty-minute heat and who had already comboed 14-year-old Levi Young (HAW) and 16-year-old Eli Hanneman, third- and fourth-place finishers, respectively.

With defending champion Finn McGill no longer age-eligible to compete at the Junior level, the Men's Sunset Pro Junior was destined for a new champion this year. The win was Kanazawa's first in Hawaii, and second Pro Junior win after a 2018 victory at the Minami Boso Junior Pro in Chiba, Japan.

"I'm so happy," Kanazawa said after his victory. "I've been here for about a month and have been surfing Sunset every day, but I was so nervous in the final."

Kanazawa successfully controlled his nerves throughout the competition, having put the men's field on notice with an 8.83 in the Quarterfinals that would prove to be the event's highest score. With poise and confidence beyond his years, Kanazawa consistently attacked the challenging, oft-shifting Sunset Beach lineup, and dropped perhaps the maneuver of the day with a huge lip-smack-to-free-fall 7.73 in the final.

The shifty, open-ocean playing field of Sunset Beach - the only Oahu venue where caddies are permitted in the lineup - pushed athletes to stay active in chasing down waves and making the most of available scoring opportunities.

"I want to travel and definitely want to come back to Hawaii [later this year]," Kanazawa added. "I'd like to thank my family and friends here, and my sponsors for the support." The up-and-coming talent was undeniable over the course of the day, with over 80% of the men's field and nearly three-quarters of the women's field representing Hawaii. Experienced performers were tested by younger newcomers eager to build confidence and further develop as competitors.

Ariana Shewry, the only non-Hawaii surfer in the women's final, surfed with equal determination and grit throughout the day. With no waves ridden and just seven minutes on the clock, the 15-year-old quickly found her only two scores of the heat, fighting her way into a well-deserved second place.

"It was so tricky out there today, but I'm super stoked overall and glad to get the experience," Shewry told WSL after the awards presentation. "Sunset is definitely a challenging wave but I really enjoyed it and had heaps of fun."

Rounding out the women's final were Leila Riccobuano, 15, and Summer Ivy, 17, who along with Shewry chaired Bryan up the beach.

Colapinto Nearly Seals A Win His First Competition at Sunset Eventual men's runner-up Crosby Colapinto led for most of the men's thirty-minute final, thanks to turns like this. - WSL / Mike Chlala

Colapinto, 17, looked well on his way to winning the Final until Kanazawa's last-minute heroics, but it wasn't to be. However, the San Clemente, California, native continues his Pro Junior success from 2018 where he finished No. 2 on the North America ratings and now turns to the bigger stage on hand in Sunset.

"I'm definitely bummed with Roi getting the score in the last thirty seconds, but it's great to do the Pro Junior, get a second, and get that experience in the lineup since I haven't done a contest out here before," Colapinto said. "Just being able to learn the lineup and having Kekoa Becalso as my coach I think really helped a lot too."

Colapinto is the younger brother of WSL Championship Tour competitor Griffin Colapinto, who has also found success at Sunset Beach and in Hawaii, having won the Vans Triple Crown of Surfing in 2017.

"After having a full year of Juniors last year and getting all that experience throughout the events, I almost feel like a bit of a veteran," said Crosby with a laugh. "Now I'm excited to get the [Qualifying Series] QS event going here at Sunset once it starts."

All eyes now turn to the Sunset Open Men's QS 1,000 division, to be contested on the three best remaining days of conditions of the event window. Contest organizers are eagerly anticipating a new run of solid swell at Sunset Beach for next week, Tuesday, January 22 - 24.

Back on the regional Juniors calendar, next up are the Men's and Women's Papara Pro Junior Tahiti (Papara, March 10 - 15). Results at these competitions will be crucial in ultimately determining the region's five qualifiers - three Junior men and two Junior women - for the prestigious year-end World Junior Championships (tentative, December 2019, location to be announced).

The Sunset Open/Pro Junior is presented by the Hawaii Youth Surfing Development Organization (HYSDO), a 501c3 nonprofit providing greater opportunities for local youth in and around surfing. Full results and heats scores are available worldsurfleague.com and on the free WSL app.