And the answer is this year.

Born in Costa Rica, Hennessy moved to Hawaii with her family when she was nine years old. From there, it didn't take long for people to notice her talent. After nearly a decade on Oahu, Hennessy and her family - self proclaimed traveling nomads - moved from Hawaii to Fiji, and now plan to spend much of next year living out of a suitcase while following the events.

Like Steph Gilmore, or Carissa Moore, Hennessy has that something extra special about her surfing, which is why it only took two tries to qualify, and why the CT will be such a natural fit. 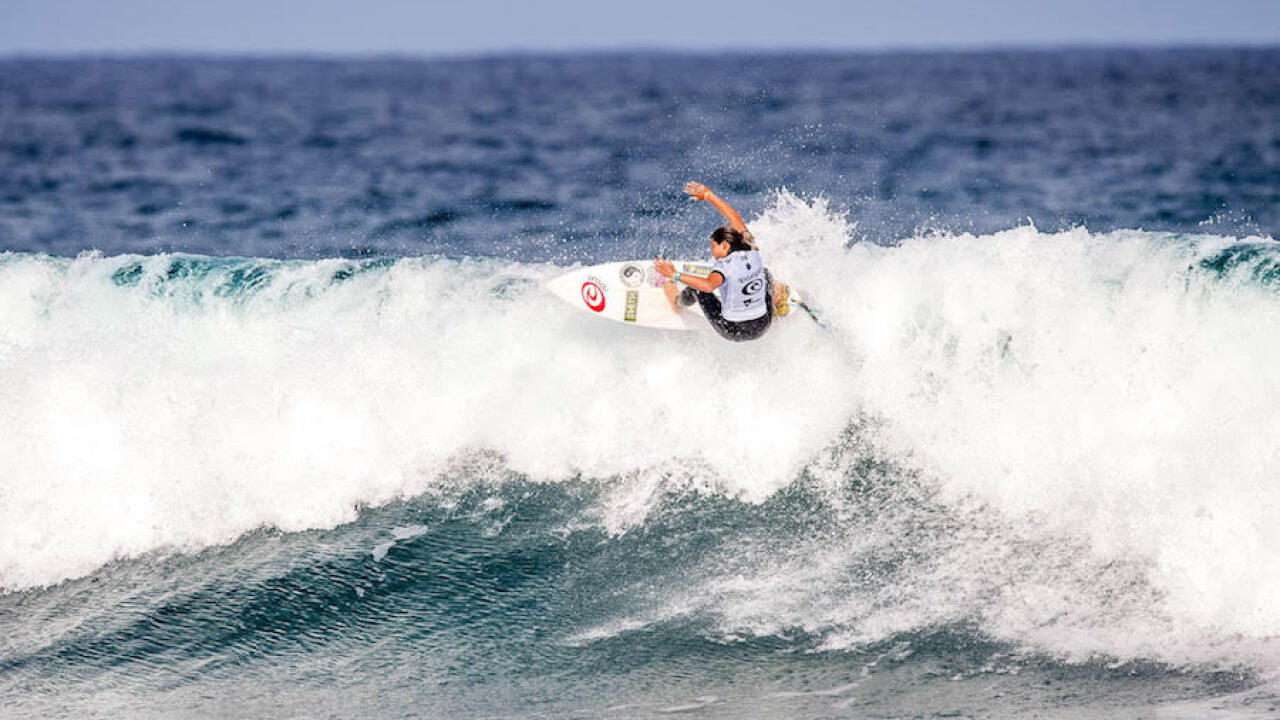 The World Surf League: Congrats on qualifying!
Brisa Hennessy: Thank you so much. It's still very surreal to me [laughs].

Talk us through the moment you found out you'd officially clinched a spot on the Championship Tour.
It was funny, because it came down to the semi-finals at Birubi [The Port Stephens Toyota Pro QS6000], between Nikki [Van Dijk] and I. I told my Mom the night before, I said: ‘Don't you dare try to add up the points yet' [laughs]. I just didn't want to think about it because I knew it would make us both crazy. So she pinky promised.

So the next day, we literally had no idea. I was in the semi's with Nikki and I ended up losing. I got to the beach and I'm pacing around, like I don't know what's happening. Then the Australian commissioner, he walks over to me, and he looks bummed, so I'm thinking ‘this is not good.' Then he says, "I just wanted to let you know, you qualified!" At that moment, I honestly couldn't believe it. I can't put it into words. It was very emotional. My Mom was crying. My Dad had some tears, and he never cries. It was really special. I'm sure the disappointment of the loss to Nikki quickly faded away.
Oh yeah. Qualifying was what I came to Birubi to do. Of course I wanted to win the contest, but after I found out I'd qualified the loss really didn't even matter.

What does it mean to be the first surfer from Costa Rica to qualify for the CT?
It's really cool. Not many people know I was born there, and I lived there until I was nine years old. My parents owned a surf school and I grew up in the water there. I feel like Costa Rica is where I found my love for surfing, so it shares a really special part in my heart. I'm super excited to represent them on tour.

Was it a tough decision to decide which flag to officially fly? I know you spent a good portion of your life living in Hawaii.
It was, but we were kind of thinking about it for a while. We moved away from Hawaii, so it kind of didn't make sense to represent Hawaii anymore. We're currently partially living in Fiji, but we're also moving place-to-place following the events, so we're kind of homeless nomads at the moment. I got my second passport and it just felt like a great decision, and I'm really happy about it.

How many years did you put on the Qualifying Series?
This was my second full year.

Did you expect it to happen this quick?
The first year I did the QS I was bummed I didn't make it on. But the second year I realized I probably wasn't ready yet anyway, and that everything in your life really happens the way it's meant to be. That's kind of what I rolled with - and so this year I tried to be a little more in the moment, and enjoy each event, rather then try to rush to the finish. My mindset going into the last event of the year was totally different this year compared with last, and it worked out.

For some people, especially at your age, it's a tough transition having to go on tour and be away from home for so long. But since you and your family are already somewhat nomadic, do you see that as a big advantage?
Yeah, our family has kind of lived in a style where we've always taken chances. My Dad's biggest motto is: "You can sleep when you're dead." We've always lived an adventure, and now I'm even more excited to travel and explore a bunch of new places. I feel like I was born to do this. I feel ready for it. 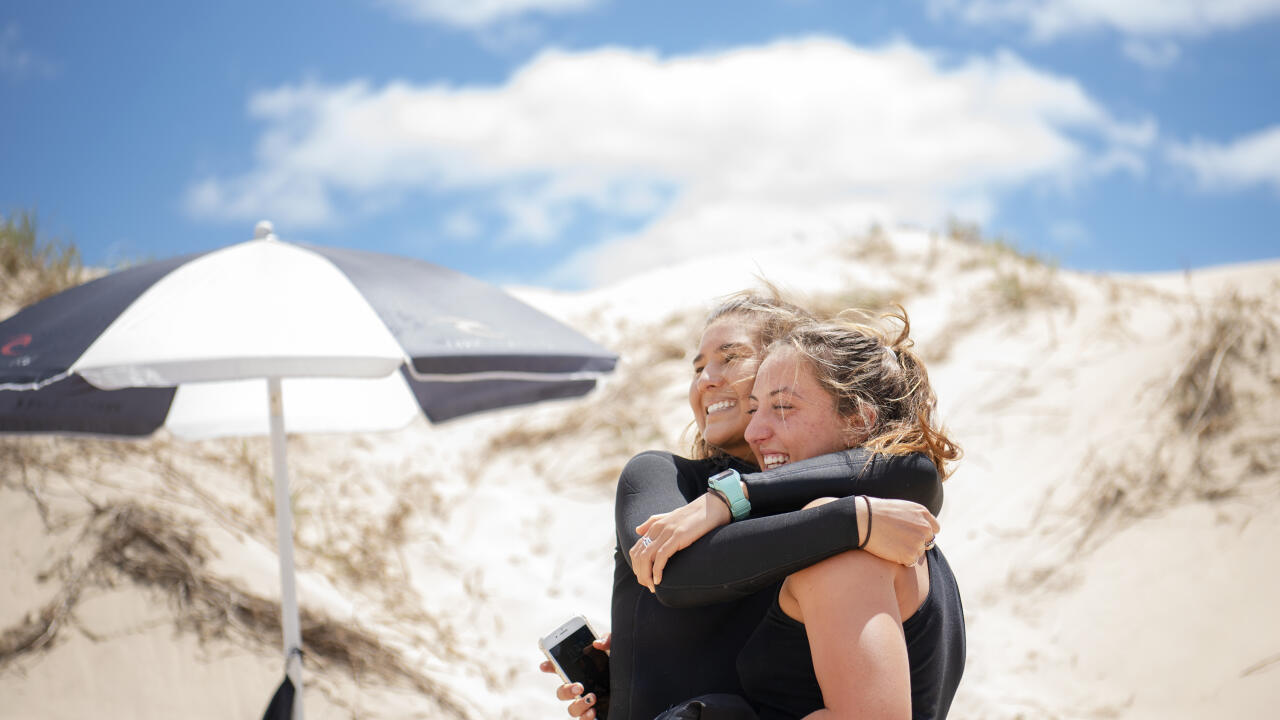 What event are you most looking forward to?
Every single one sounds so exciting. But I think the first event is the one I'm most excited about. Snapper Rocks is one of my dream places that I want to go. I haven't been there yet, but I love going right, and I love Australia as well.

What are you most nervous about?
I just hope I can perform. I hope I can take in every experience and really enjoy it for what it is, and learn as much as I can. But honestly, I'm not really that nervous. Which woman on tour did you grow up idolizing, and what's it going to be like surfing against her now?
My biggest inspiration has always been Carissa Moore. When I was just a little girl in Costa Rica I had a video called 7 Girls, and it had Carissa in it. We were totally off the grid in Costa Rica, so I would re-watch her in that movie again and again and I was so inspired by her. Soon after we moved to Hawaii, Carissa started winning world titles. Not only is she the most incredible surfer, but she is such a wonderful person, and someone I aspire to be. So I can't wait to surf against her this year.

Have you thought about how cool it is that you'll also get to surf at least one full year alongside Slater at all the CT events?
Yeah, that's wild. It'll be really cool traveling alongside all the best surfers in the world to so many great waves. I can't believe I get to call this my job now. I don't think it'll really sink in until I put on the jersey - hopefully while I'm watching a perfect wave at Snapper Rocks fire all the way through.