Timing can be everything in surfing and for Luke Gordon the time has arrived. The 19-year-old found his rhythm this weekend and earned his first-ever Qualifying Series (QS) victory at the Vans Surf Open Acapulco QS 1,000 presented by Corona. Swell increased overnight and pulsing five-to-seven foot surf bombed into Playa Revolcadero to challenge the competitor's patience -- and push their limits.

Gordon Revels in First WSL Win
1:24
The humble competitor from South Carolina was on top of the world following his maiden WSL victory.

A hard-fought day of competition ensued among the remaining four competitors in Semifinal action before moving straight into the Final between Gordon and Brasilian Matheus Navarro. This marks the South Carolina native's maiden QS victory and did so in stunning fashion.

"I feel on top of the world, this is incredible," Gordon said. "I feel like I should be in a commercial right now or driving a Lamborghini (laughs). It was just my time I guess and it feels really good to finally get a win after all these years. I'm super blessed to come out on top of that event with all the guys surfing really hard." The 19-year-old overcame Santa Cruz, California's, John Mel in the Semifinals and dashed his hopes of earning a win of his own that would've put him in the Vans US Open trials as current North America No. 1. But the day belonged to Gordon who then went blow-for-blow with one of of 2019's standout talents Navarro in the Final. Gordon's forehand power proved to be too much, garnering an 8.50 (out of a possible 10) to all but seal the victory. The win catapults him to No. 77 on the QS and in a solidified spot for the 10,000s moving into the back-half of 2019.

"Thirty-five-minute Final and I was just trying to get two good waves and started early and just put it together," Gordon said. "I guess I was in tune with the ocean. Just watching Cam (Richards) do really well and Nolan (Rapoza) win in Chile, that was incredible, and every contest now I started realizing it's possible. It can be done. I came here, I had to win this event and I did."

Job Done: Navarro Secures Place in QS 10,000s for 2019
1:19
The Brasilian nearly went flawless in Acapulco until Gordon took him down in the Final, but the job was done for Navarro.

Navarro's in-form 2019 continues with a third Finals appearance, falling just 0.34 short of the required 8.57 to overtake Gordon in the final minutes. The Brasilian showcased his dominance upon returning to Acapulco for the first time since 2013 and nearly earned a flawless run toward the podium after taking down event threat, and the last remaining Mexican competitor, Alan Cleland. But, 750 valuable points that put him just over 4,000 total toward the rankings and securing a spot into the QS 10,000s once the cutoff occurs following the US Open.

"Very close, but I'm very happy and the wave was just amazing every day of the competition," Navarro said. "I love this place. It's my second time here in Mexico and now my focus is the QS 10,000s and 6,000s. Thank you God, thank you to my sponsors and thank you Brasil, my family, and girlfriend. It's an amazing year and the best of my career so far."

Noteworthy Finishes for Cleland and Mel 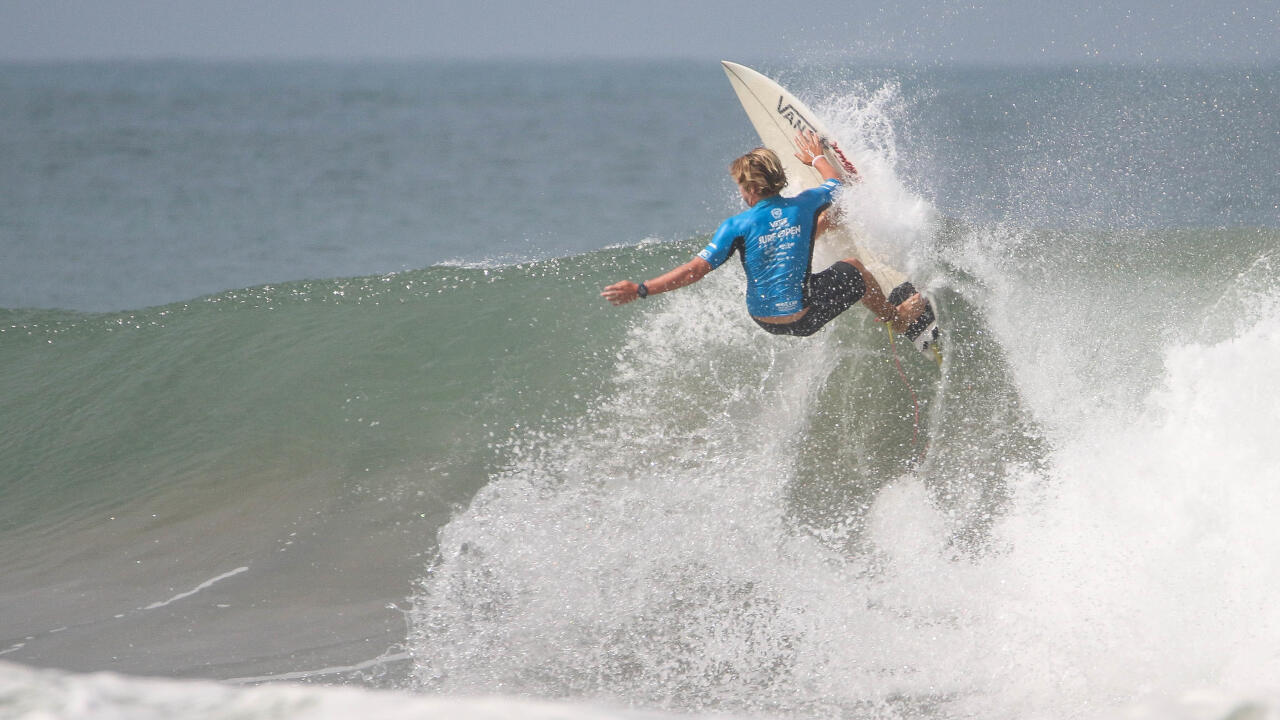 Cleland matched Mexico's best finish at this event with a brilliant run to the Semifinals. - WSL / Andrew Nichols

A Semifinal result for Cleland and Mel earn them 560 points toward their respective campaigns.

While Mel didn't get the win he needed for the US Open trials spot, he now sits at No. 103 in hopes of staying close to a Top 100 position for a possible seed into the QS 10,000s. But, the 19-year-old has plenty to build on at a young age and still remains a high seed into the QS 6,000s with a lot of season left to capitalize. It wasn't Mexico's day as Cleland fell just shy of a Finals berth but the Pro Junior still has two years remaining before taking the QS by storm for his career. Now, Cleland turns his focus towards the Vans US Open of Surfing Pro Junior in hopes of a second-straight Finals appearances after his incredible run at Huntington Beach last year.