The Longboard Classic Galicia wrapped up today in formidable fashion. Here's a breakdown of the event's finals.

Calmon and Blomfield took on a tricky lineup in the Final with a mix of closing-out sets and fading lefts in the inside that didn't offer quite as many sections as in the Semis. Both surfers struggled to find really high-scoring potential waves as scores remained around and under the 5 point mark.

Blomfield got the better of the first few exchanges and built a thin lead over Calmon but the Brazilian finally found a first nice wave on the five-minute mark to post a 6.23 and regain the lead. 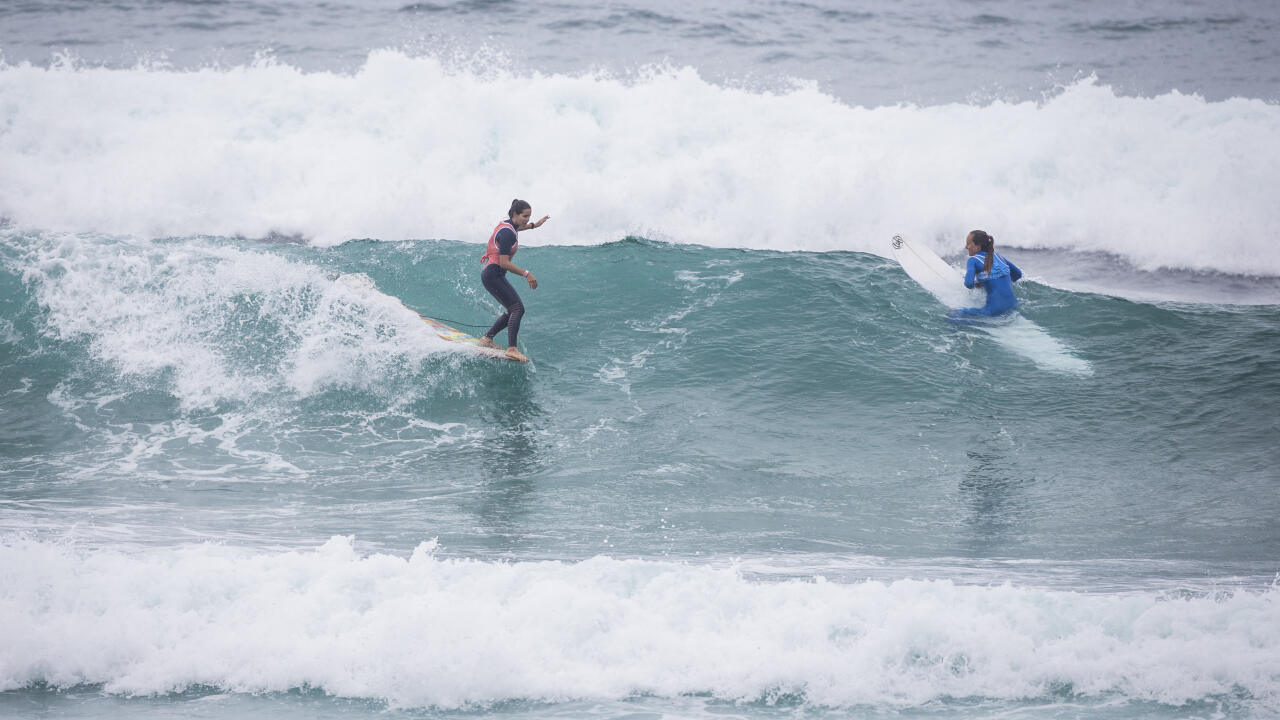 Despite a couple of last efforts from the former World Champion Blomfield, Calmon was able to effectively kept her opponent off of the last good wave in the heat, riding a beautiful left all the way to shore for a 6.17 and the win.

"It's always a really good battle against Honolua, she always pushes me to give my best," she said. "To have a proper tour this year and be able to surf in all these different conditions has been a blessing, it really allows us athletes to show our repertoire. This wave is super fun and it was an awesome place to have a longboarding event. It's been a great week with fun times and great crowds cheering for us. I woke up this morning feeling good and my very first wave of the day was a 9 so I was just hoping to carry this momentum all the way."

Calmon came to Galicia ranked number one in the world after her win at the Noosa Longboard Open earlier this season and will leave in an even stronger position heading into the inaugural Longboard Classic New York and the back half of the 2019 season, as she continues to vie for a first-ever World Title.

The ever-stylish Brazilian surfer peaked a little early in the semis with a near-perfect 9.17 ride but managed to keep her incredible roll going into the Final and added another stellar result to her career resume. 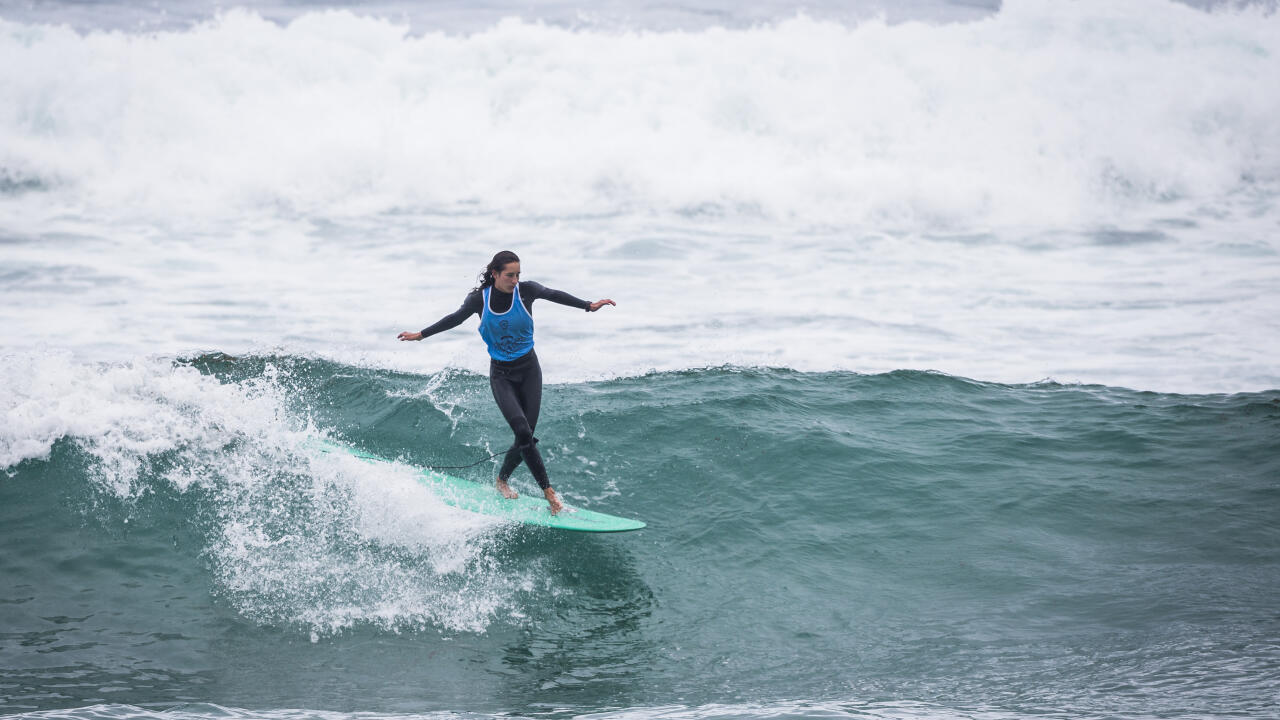 In a re-match of the Noosa Final, Blomfield had to once again settle for the runner-up spot but by reaching the last heat, the 2017 World Longboard Champion made sure to stay in fighting distance for the ultime crown when the season comes to an end. The Hawaii surfer had a spectacular road to the final as she defeated multiple former World Champions as well, namely Rachael Tilly in the Semis, Lindsay Steinriede in the Quarters and Kelia Moniz in a previous round.

"I really wanted to make the Final coming into this event and I did just that so I'm happy with the result today," she said. "It's always hard losing but Chloe is such an amazing surfer. I had a really good time here and we had great waves all the way. I'm excited for the rest of the tour and this was super special to have an event here in Galicia this year. Despite being American I've never made it to New York so I'm super excited to go there and I'll try to head to the city a couple of days early to check it out."

Calmon previously killed all of Justine Dupont's hopes of making the Final with a near-perfect 9.17 in the opening minute of their Semifinal matchup earlier today. Blomfield on the other hand had a super close encounter with Rachael Tilly in the second Semifinal.

Both surfers in the men's Final sat patiently on the outside and on two different peaks for a while before any set wave materialize, but when it did, Quintal was right in the spot, starting on a beautiful left to post a solid 7.17 from the get-go. The Floridian's grace as he cruised down the line on the nose of his board was second-to-none all week and he continued to showcase the essence of traditional longboarding in that Final.

As opportunities continued to be scarce, Sallas decided to move down the beach to Quintal's peak midway through the heat for a chance to compete on similar waves. Shortly after, Quintal started on a right, which was a rare sight this week, and managed to score a couple of nice sections on the nose, as well as beautiful carving turns for a 6.10 to further apply pressure on Sallas, who remained on two 1+ point rides with only ten minutes remaining on the clock.

The Hawaiian finally managed to surf a good little wave to get out of his combination situation with a 5.67 but Quintal put a final nail in his opponent's coffin with a 6.97 in the dying moments to seal the deal on his second win this season. 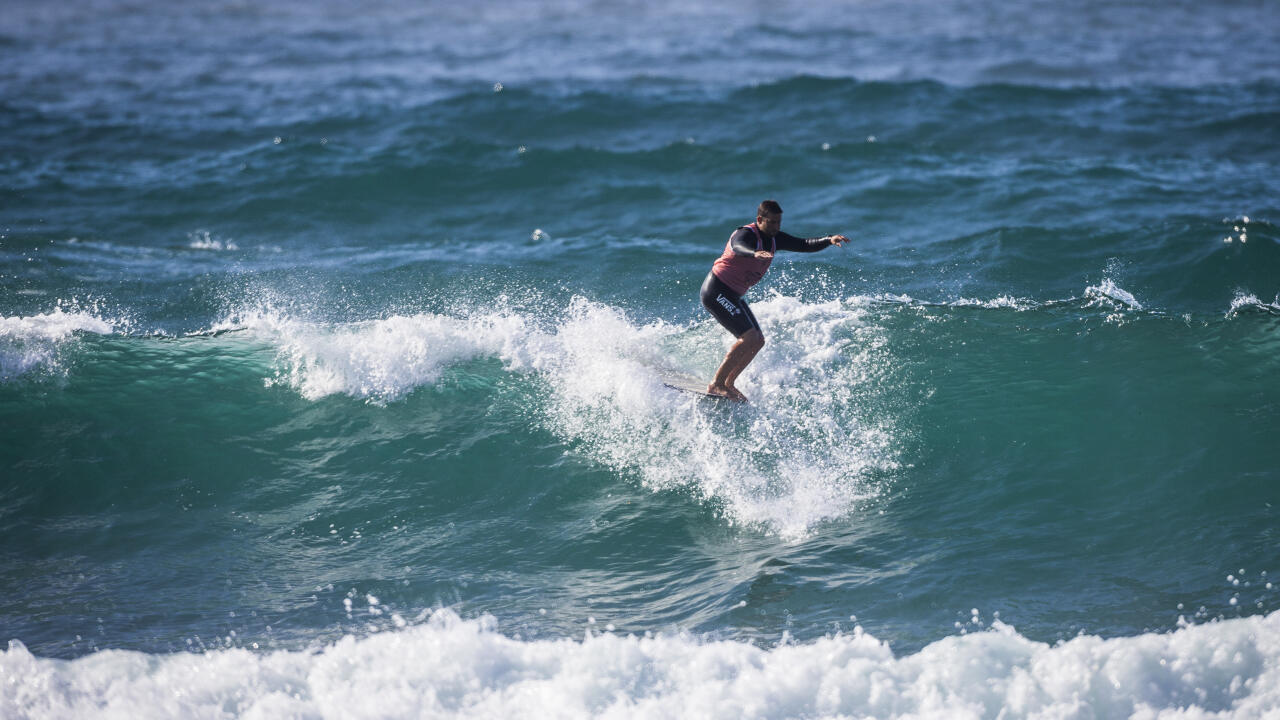 "It was a slow final at first but this whole contest has been amazing," he said. "Surfing against Kai whom I've looked up to as a grom was amazing. I've had a blast here in Pantin and I'm really looking forward to the next events. With the big event in Taiwan at the end of the year nothing's done but it's good to get those early points and keep the other surfers away from them."

The 2018 runner-up in the World Title race and perennial threat in all sorts of conditions, Sallas with this result will climb up to third on the longboard rankings and keep his chances alive for a potential first world title as well heading into the next two events. 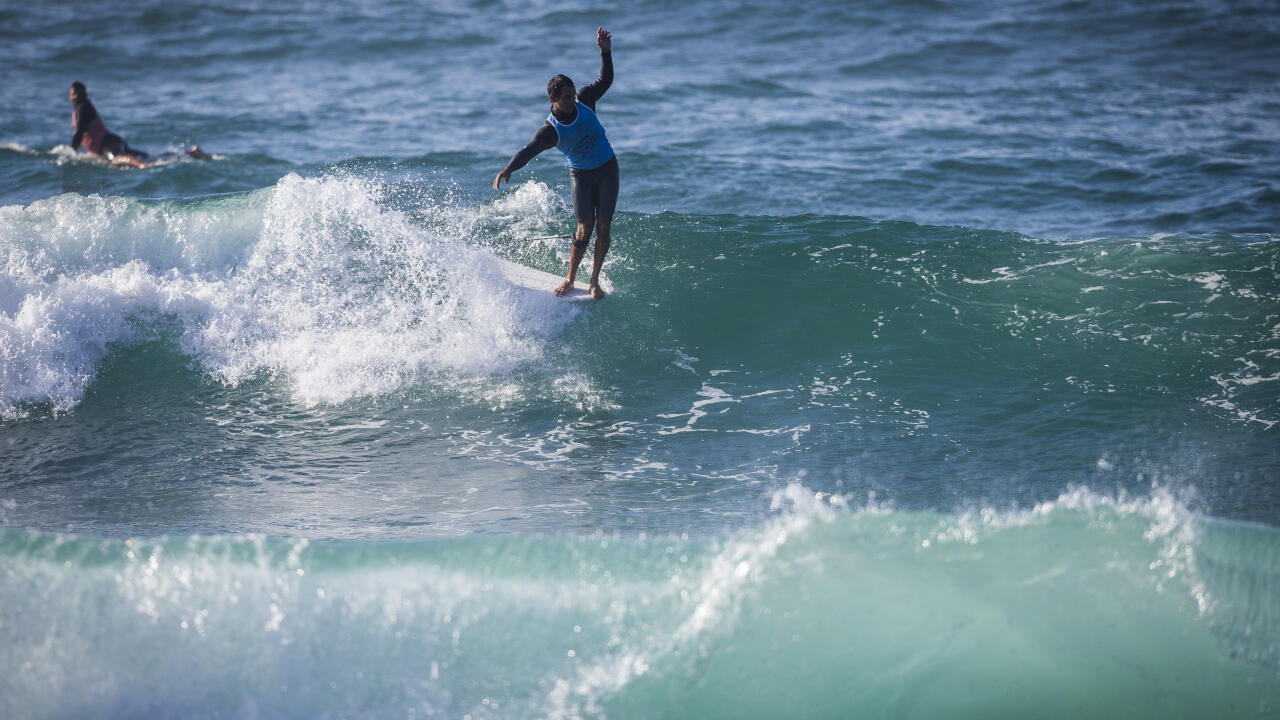 "I had such a great time here in Galicia with tons of waves and good people," he said. "It's one of the best places I've visited ever and I'm stoked. Any chance I get to go experience and compete and surf I find it awesome and this was up there."

Quintal and Sallas had previously defeated Edouard Delpero and Taka Inoue respectively in the Semifinals. Delpero with his result in Pantin secured a third European Longboard Champion title.

With the completion of the Longboard Classic Galicia, the World Longboard Title race continues to captivate fans, here is the new current Top 5:

Surfers will now travel across the Atlantic for the upcoming Longboard Classic New York unfolding from September 6-12.