Eight years ago the WSL brought the world's best to Long Island, New York, and all-time conditions provided a surfing spectacle. Now, the WSL is back with the Men and Women's Longboard Tour (LT) set to contest for the Longboard Classic New York supported by I LOVE NY beginning September 6 - 12. The likes of current LT No. 1's Justin Quintal and Chloe Calmon are in town alongside reigning WSL Champions Soleil Errico and Steven Sawyer, as well as three-time WSL Champion Taylor Jensen, to represent as the world's best, but will have some native New Yorkers to deal with as wildcards. It's been eight years, but good things come to those who wait and conditions may turn on in Long Beach, NY, over the weekend to provide another spectacle. - WSL / Rowland/ ASP Handout

The opportunity for a wildcard is one never to be overlooked with the amount of shuffling to the ranks they can inflict and longboard is no different when competitors who have never set foot on the sands of Long Beach, NY, the site of the event located just in front of Skudin Surf, must take on competitors who learned in its waters.

The WSL caught up with two of this year's wildcards, Kristen Brady of Montauk and Brooklyn's Mikey Detemple ahead of this year's event and both have their eyes set on enjoying the moment. 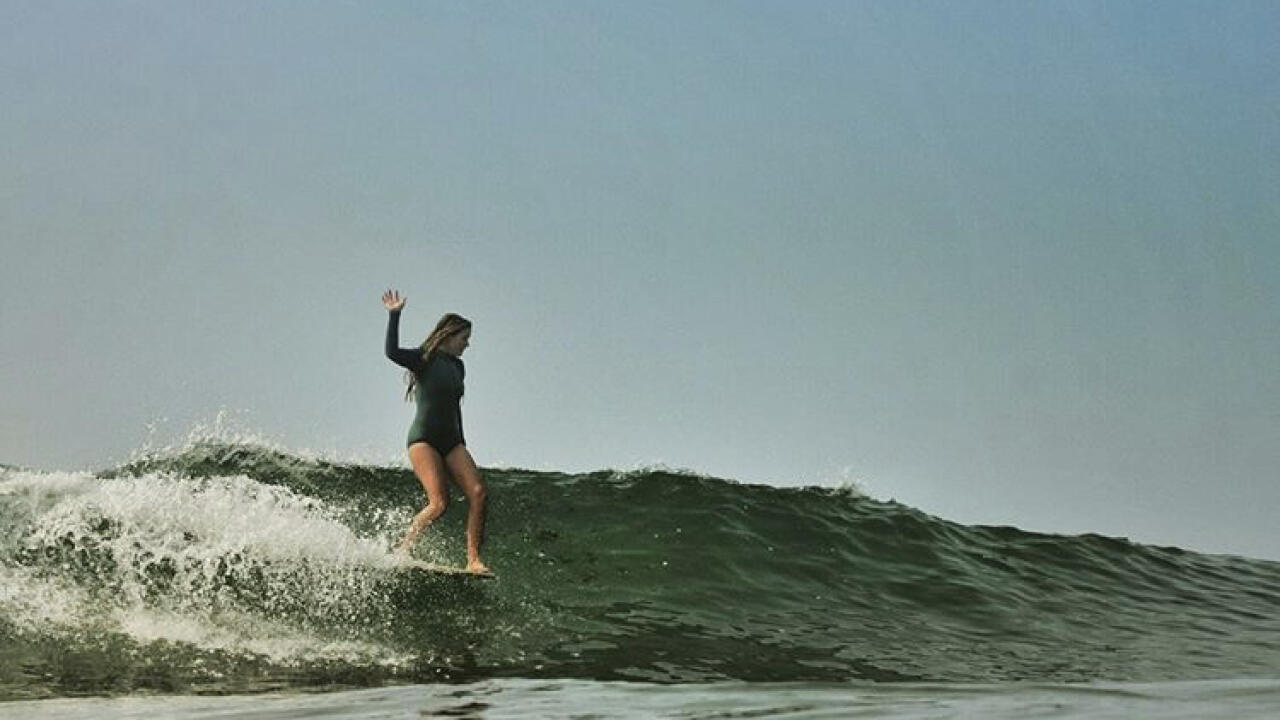 Brady is ready to showcase her style front and center beginning this weekend. - WSL / Erik Schwab

How exciting is to see the LT come to Long Beach?
Long Beach is such an awesome city and it think it's a great place for a stop on the WSL Longboard Tour. The city really caters to surfers and there is a lot of fun stuff to do. My favorite thing to do, other than surf, is to ride my beach cruiser up and down the board walk checking out the scene. The timing of the contest is also perfect as it is the peak of hurricane season, and there will be no lack of surf! Brady will face off against some of the world's best including current No. 1 Calmon. - WSL / Laurent Masurel

What are your thoughts on competing against the world's best?
I am really excited to surf with, and also watch, the best female long boarders in the world! New York has a really awesome group of female surfers, but it will be fun to make some more friends to surf with the likes of Chloe Calmon, Honolua Blomfield, Kelia Moniz and many others.

With Hurricane Dorian making its way up, what do you expect from the approaching storm?
Hurricane Dorian has devastated the Bahamas and is slowly making its way up the East Coast. It looks like it will stay out to sea for the Northeast which is good for New York, especially Long Beach which was hit really hard by hurricane Sandy a few years ago. I hope everyone stays safe the next few days and with any luck we'll get some waves as it move offshore for the contest!

Mikey DeTemple Puts The Jersey Back On DeTemple looks to make some noise among the world's best near his home of Brooklyn, NY. - WSL / Sean Martin

What do you think of the venue to take on some of the best longboarders from around the world?
I couldn't think of a better place to host the wsl than Long Beach. There's so many days this time of year that are just incredible for a longboard, and I think everyone from the locals, spectators and visiting surfers are really going to enjoy the scene. Did I also mention bagels and pizza?

It's been a few years since your last competition, what's something you're most looking forward to here?
t's been a while since I've put a contest jersey on, but it's just riding a bike! I'm really looking forward to sharing some waves with these guys, especially JQ (Justin Quintal). We've been surfing and competing against each other for nearly 15 years. it's inspiring to what he's been able to do. A classic freindly rivalry will be renewed between DeTemple and Quintal beginning in their Round 3 debut bout. - WSL / Damien Poullenot

With a promising forecast to start the window, what's something you've been keeping track of in terms of preparation?
Everyone that surfs in NY is an amateur meteorologist- and you have to be to get good surf here. But once hurricanes like Dorian pop up, everyone is watching it and thinking the same thing -- stay away from NY, but give us good surf. These storms that run up the coast can be devastating if they hit land, and rarely offer up good surf for longboards. The dream is to always have these things spinning out at sea, far enough to give us that beautiful groomed long period groundswell that September in NY is know for.