WSL Asia is excited to announce that the Siargao Cloud 9 Surfing Cup Men's Qualifying Series (QS) event will return to the picturesque peak of Cloud 9 in the Philippines this October. Being one of the last QS1,500 events of the year in the Asia region, the 25th installment of this iconic event will be more important than ever for the huge international field it's expected to draw. In 2018, the event was taken out by barrel charging darkhorse Skip McCullough (USA) from Southern California. McCullough's win took him well inside the top 100 on the QS and gave him the opportunity to surf in the major QS events in Hawaii at the end of the year. Regardless of the glitz of the triple crown, McCullough still claims to win in empty perfect Cloud 9 tubes was the highlight of his career and he can't wait to get back.

"I cannot wait to get back to Cloud 9," McCullough said. "This will be my fifth year in a row at Cloud 9 and it feels more and more like home every time I'm there. I'm really excited to get back and get some good waves -- Cloud 9 is such a perfect wave. Winning last year not only helped me get around the world to compete more but it also boosted my confidence as a competitor. It also has motivated me to get more good results to prove to myself that I can do it again. These QS events throughout Asia are super valuable for someone who is just starting out on the QS. The waves are usually perfect and breaking over a reef so it gives everyone more of an equal opportunity to perform at their highest level. Different people excel in these events which is cool to see." 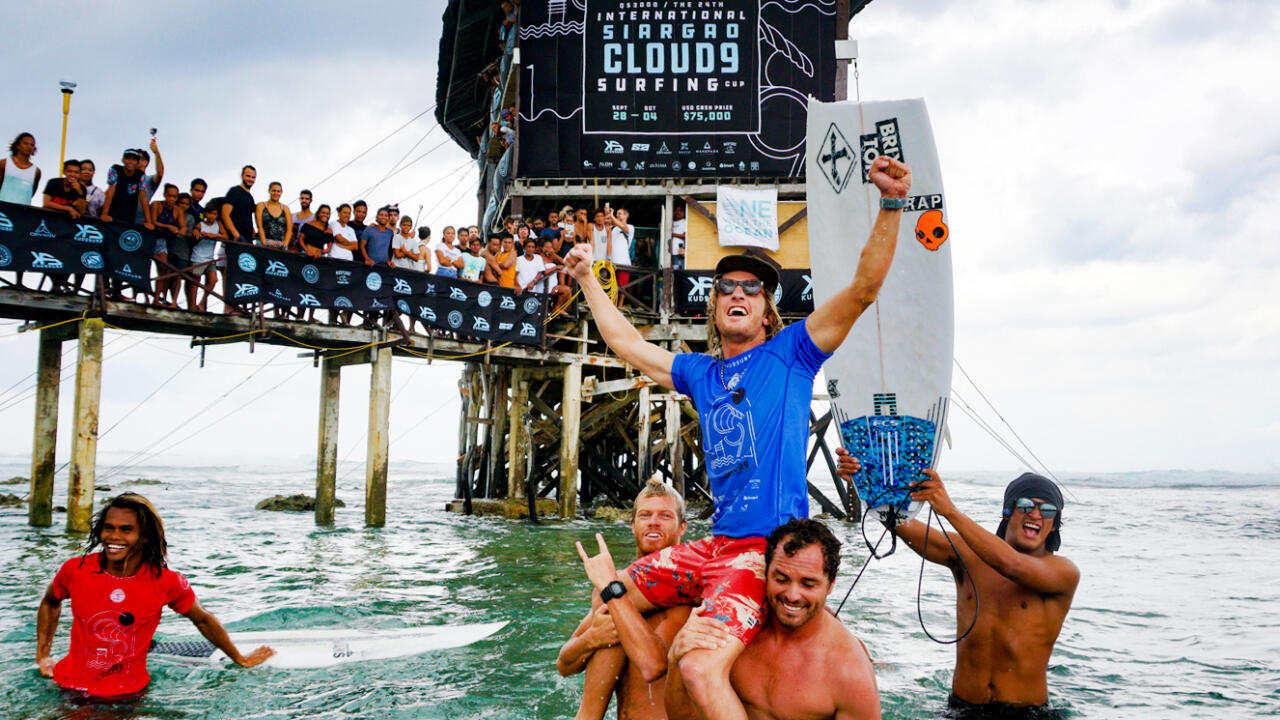 The event will play as the final chapter in a run of three events across Asia at some of the most iconic waves on the planet. With such amazing waves on offer, the event will once again be broadcast live to the world at worldsurfleague.com giving surf fans a front-row seat to an incredible show of tube-riding and performance surfing. WSL Asia Tour Manager Steve Robertson is thrilled to be returning to one of the most perfect waves on the planet, Cloud 9 in the Philippines.

"In line with everything we are doing in the Asia Region, the Siargao Cloud 9 Surfing Cup 2019 is a magnificent event," Robertson said. "One of the world's classic waves, this event attracts a superb international field of surfers who come to the Philippines to score amazing barrels and surf for essential QS points and prize money - a live broadcast that is a must for the fans." Easy to see where Cloud 9 got it's name from. - WSL / Thomas Bennett

The Siargao Cloud 9 surfing cup could have only been possible for the last quarter of a century thanks to the ongoing support of the recently passed Mayor of General Luna, Jaime Rusillon, the man also known as the God Father of Filipino surfing. Siargao Governor Lalo Matugas is thrilled that in the months following former Mayor Rusillion passing, the event he was so proud of will continue in his honor.

"This tournament like the island of Siargao has come a long way in terms of growth and competitiveness. With the help of former Mayor Jaime Rusillon, the Siargao Cup has come from having only a handful of superb talent to attracting undeniably the world's best," Governor Matugas said. "It's sad that Mayor Rusillon is no longer with us but he would have been proud of our brainchild as Surigaonons are proud of Siargao and this competition of the world's greatest surfers." The iconic Cloud 9 tower near capacity on every day of competition. - WSL / Matt Power

Although the event will play host to a massive international field, it is the exposure and experience it will give to the Filipino surfers that Congressman Bingo Matugas is most excited about, particularly now that surfing is an Olympic sport.

"As part of the World Circuit Tour, Siargao Cup draws the world's most outstanding surfers to this beautiful island of ours. Through the years, they've given Siargao's best surfers world-class competition to make them potential Olympic gold medalists," Congressman Matugas said. "For the first time in 2020 in Tokyo, surfing will be an Olympic event. I've said this before and I will say it again. The country's first Olympic gold medalist could be a surfer who first rode the waves in Cloud 9, one of the world's best surfing spots." John Mark Tokong has won this event before and finished second last year so it's safe to say he'll be coming in as a favourite in 2019. - WSL / Matt Power

The Siargao Cloud 9 Surfing Cup just put itself in the running for most idyllic QS event on the calender.

The Siargao Cloud 9 Surfing Cup has kicked off in pumping waves in Filipino Paradise.

Competitors ready themselves on the eve of one of the QS's most fun events.

The field has been narrowed to eight competitors at the 25th Siargao Cloud 9 Surfing Cup as epic surf is forecasted for Finals Day.

Cloud 9 continues to deliver on Day 2 of competition.

Pristine conditions for the opening day of competition at Cloud 9.