The last event of the 2019 Oi Pro Junior Series began in challenging conditions with waves in the 2 ft. range with increasing winds throughout the day. Yet the talented new crop of athletes from WSL South America let their surfing surpass the subpar circumstances and brought their A-game to Maresias, São Sebastião, Brazil. The young standout Tainá Hinckel (BRA) advanced in her first heat of the day and is now one step closer to clinching her second regional title. Sophia Medina (BRA), younger sister to the 2-time World Champion, contributed to Hinckel's odds by moving into the next round in 2nd place by eliminating Julia Duarte (BRA), who was in one place behind the leader in the overall rankings up to that point.

"Winning the WSL South America Pro Junior Title was a goal of mine this year and I've fought very hard to reach this objective," said Hinckel. "But I'm still not trying to think about it and am just letting things flow. Something I've said all year is that I want to have fun surfing, because it's what I love most and I'm letting things happen and hopefully things will turn out well." 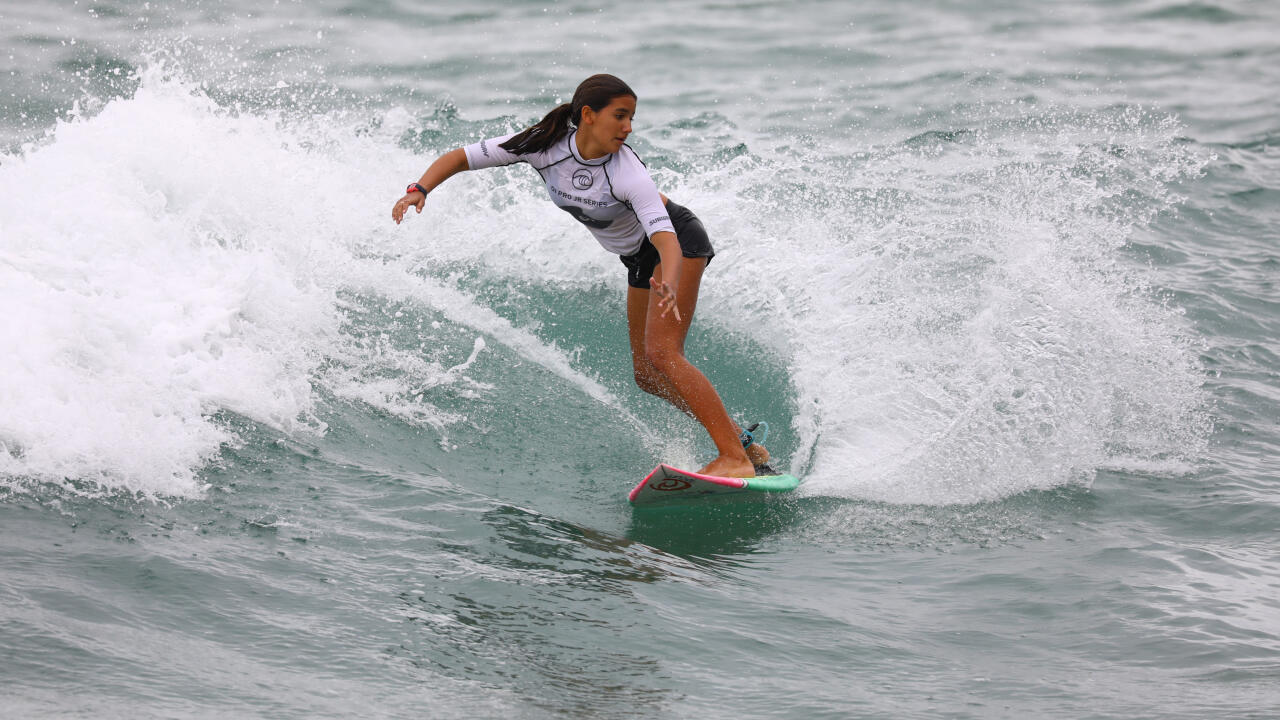 It was Medina's inaugural appearance wearing a jersey at a WSL competition and hopes to be the first of many to come.

"I knew it wasn't going to be an easy heat against the two highest ranked surfers on the South American rankings, so I had to do my best," stated Medina. "It feels great to advance into the next round in my first WSL contest."

When asked if she aspires to follow in her famous brother's footsteps, she emphatically declared, "Yes, without a doubt!" Only the top-2 women in the region will qualify for the World Junior Championships in Taiwan with Hinckel, Duarte, Sol Aguirre (PER) and Daniela Rosas (PER) all in pursuit of a spot.

In contrast, the Men's division offers up 3 regional qualifiers and is anybody's game with a slew of potential candidates. The top seeds in Maresias will only hit the water with the lone athlete in 4th on the rankings, Daniel Adisaka (BRA) competing on Friday. Adisaka dominated the entire heat until the last minute where Ian Casal (BRA) used a strong air-game to flip the heat by a score of 14.75 to 13.40. Both advanced into the nest round. "I had been keeping my eye on a different peak down the beach which I surf all the time," said the local surfer Adisaka. "Thankfully I had a very good start to the season, which has kept me in the race all year. But I know I can't slip up at all if I want to earn my first title."

However, in the first heat of the day, Caio Costa (BRA) destroyed the small, but glassy waves to earn the highest heat score of the day with a 15.50 from an excellent 8-point ride and an additional 7.50 to become the benchmark on the first day of competition.

"I'm stoked that I found some good waves and my strategy worked out great by keeping to the rights in my heat," said Costa. "As a local here, I feel like I know the waves really well and that helps out a lot in these types of conditions. I practically surf here every day and train at the Gabriel Medina Institute a few blocks away. Getting a win today was a great boost in confidence." Later on in the day, the spotlight focused on the Oi Longboard Pro which consists of two longboard events in conjunction with the Oi Pro Junior Series and will decide the WSL South America Longboard Champions. Rounds 1 & 2 of the Men's division were completed on Friday as was Round 1 of the Women's division. "It's always good to start well at a contest because it's natural to feel some jitters and I've never competed here in Maresias before," said event-favorite Chloe Calmon. "The waves are very different from yesterday, but conditions are still good for longboarding. There's been a lot of talk about titles; regional titles and world titles, but there's still work to be done. The only advantage I have is that I'm competing at home in Brazil. But my goal is to do well here and then take that momentum to Taiwan for the World Longboard Championships." "The talent level of the competitors here is off the charts with many people looking to qualify for the World Championship, so competition is stiff," said Rajzman. "You never know what you're going to get, so I came here early and have been testing out a bunch of different boards but I brought this one I'm using out from retirement. It's the same board I won the title with in 2016, so it's kind of a relic. I'd just like to thank Oi and Subway for supporting longboarding in Brazil and putting together two amazing contests."

A call is set for 7:30 am local time for continuation of the Oi Pro Junior Series and the Oi Longboard Pro. Watch LIVE at www.worldsurfleague.com