A lay day provided a calm before the storm at the Corona Open China hosted by Wanning, a men's and women's Qualifying Series (QS) 5,000, launched back into action with women's Round 3 starting the day and electric performances followed right away from some of the top QS threats before men's Round 3 and 4 unfolded to decide Quarterfinalists in terrific form. Riyue Bay began to come to life once more offering three-to-four foot (1.5 - 2 metre), inconsistent swell and those who could utilize patience found success.

Pinkerton Packs A Punch at Riyue Bay
2:47
The 17-year-old unleashed her powerful backhand on the left point for a spot into Round 4.

Kirra Pinkerton left nothing to chance in one of the day's super heats featuring 2019 Championship Tour (CT) Rookie of the Year Brisa Hennessy and QS threat Ren Hashimoto with a dominant display of backhand surfing despite dealing with illness. The 17-year-old notched the women's top performance so far with a 15.43 (out of a possible 20) heat total. 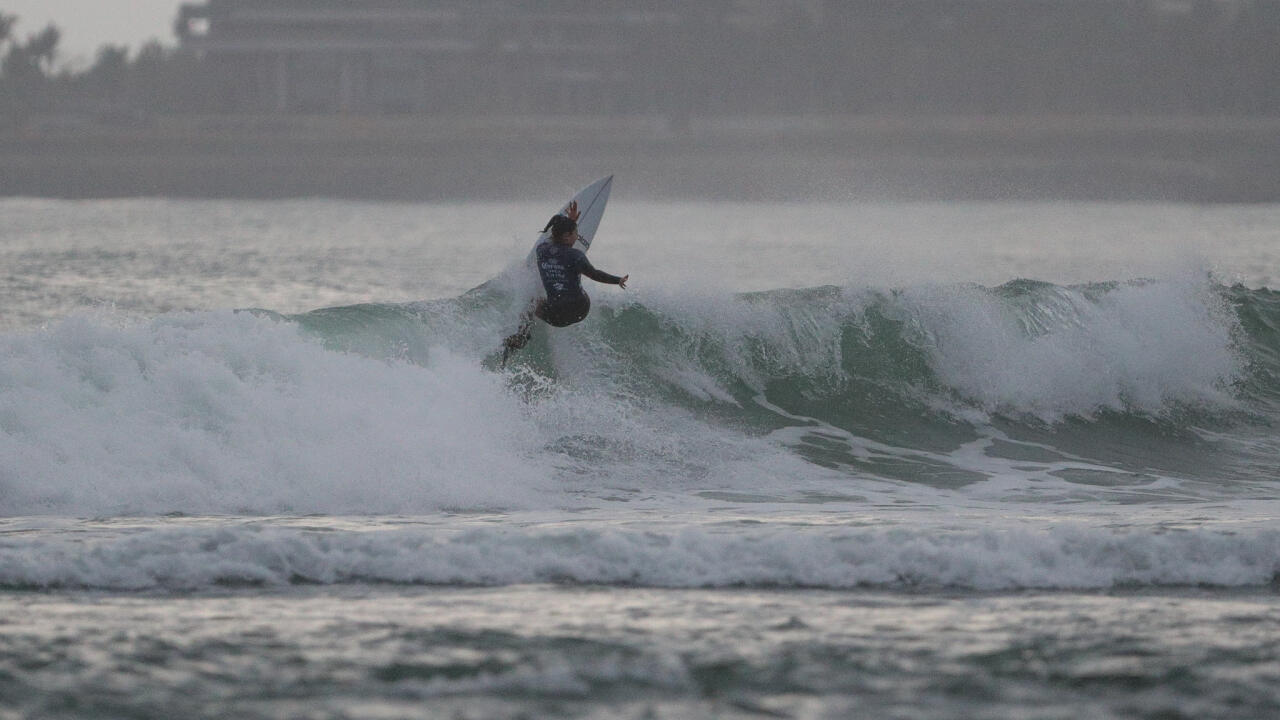 The Hawaii-raised, Japanese representative returned to form with a big performance in Round 3. - WSL / Tim Hain

Defending event champ Maeda took over the opening heat of Round 3 featuring fellow QS veterans and CT qualification threats Philippa Andersonand Holly Wawn. Maeda's rhythm at Riyue Bay hasn't lost any spark after a four-year absence as she looks in form to make her run toward a second event title and start her run toward a long-awaited dream.

"The waves picked up so that was nice but it was interesting because I actually have pretty bad eye sight and couldn't really see the waves with the gloomy morning (laughs)," said Maeda. "I really want to qualify for the Tour and everybody's given me such positive things about my surfing. I know myself and I have the talent but I need to get in that mindset that the CT girls have. This year I'm changing up a couple things. I moved to Japan last year and had a hard time adapting so this year I feel like I'll be more comfortable." Corona Open China: Catching Up with Coco
1:44
The former Championship Tour (CT) veteran is back on the QS and hasn't lost her ability to get through heats on the grind.

Following a brilliant showing from the women, men's action unfolded and hefty matchups began straight away.

Former CT competitor Joan Duru met his match against in-form surfers Nicholas Squiers and Hiroto Ohhara. The three went wave-for-wave, each of them holding the lead at one point throughout the heat until Squiers secured the heat victory in the dying seconds with a 7.10. Ohhara and Duru had a last-minute exchange that favored the Japanese competitor and sent the former CT elite out of the event.

Squiers carried that form into Round 4 against fellow Australian Alister Reginatoand showed his resilience to earn his way into the Quarterfinals.

Fireworks continued with Round 4 Heat 2 as Ohhara wasn't leaving his fate to the buzzer a second time and opened with a near-perfect 9.00 against one of Round 3's top performers Patrick Gudauskas. But Gudauskas was able to answer back with a 7.17 before the ocean fell silent until the 3-minute mark when a Riyue Bay gem found its way to him and the San Clemente, California, local threw everything into it to garner a 6.63 - and the eventual victory to spoil Ohhara's redemption heat. (Interview in video)

Peruvian Continues to Power Through One of the athletes on hand provisionally qualified for the 2020 Olympic Games Tokyo Mesinas. - WSL / Tim Hain

Peru's Lucca Mesinas took down both his Round 3 and Round 4, turning in a dominant win during his Round 3 showing with a 14.93 heat total and 8.60, as he looks to keep the momentum alive heading into a Quarterfinal showdown with former CT competitor Keanu Asing.

"It was a tricky wave in my Round 3 heat and you have to be selective," said Mesinas. "Sometimes the first wave of the set isn't as good. The second or third are usually the clean ones and luckily I had second priority so when Hiroto (Arai) went on the first one the next one doubled up. When you have that wave it's way easier to get the bigger score so I was lucky to get that wave and turn in a big score." 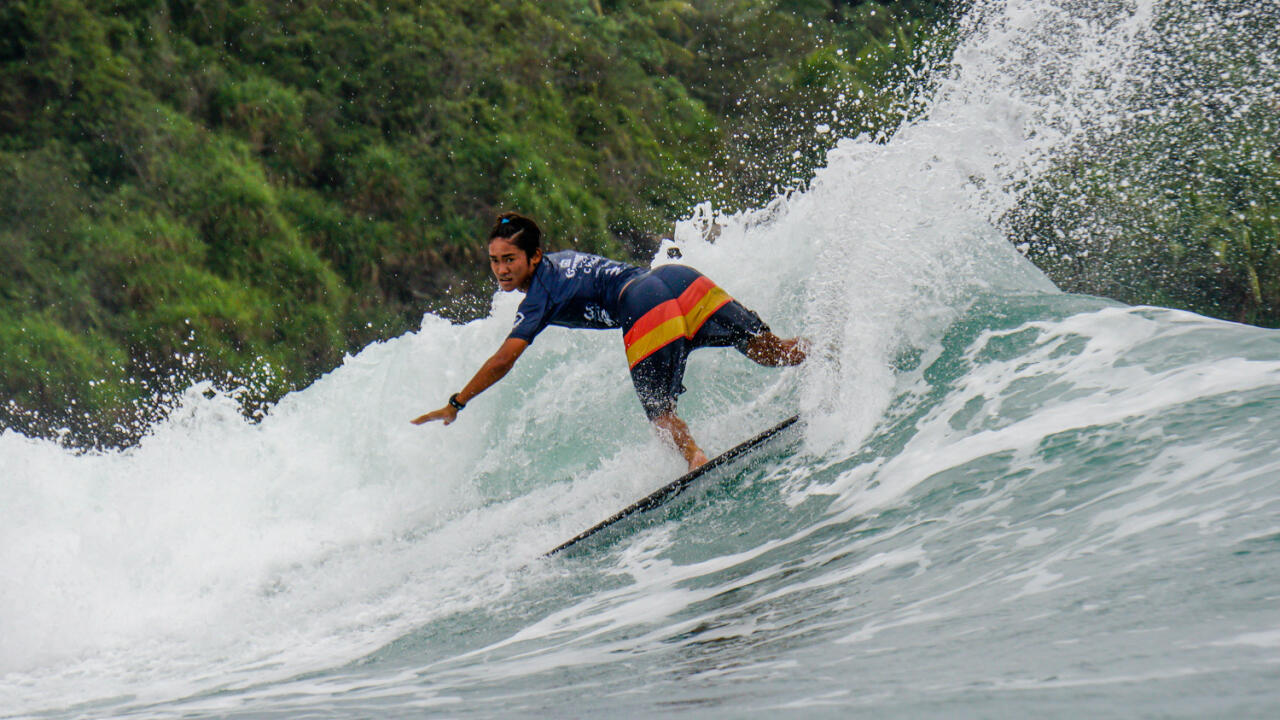 Quarterfinalists also include an in-form Rio Waida, Reo Inaba, Jhony Corzo, and Shun Murakami after clutch performances as conditions began to deteriorate in the afternoon.