The 2020 World Surf League (WSL) North America Qualifying Series (QS) season is officially underway after opening day at the SLO CAL Open at Pismo Beach, a men's and women's QS 1,000, powered through Rounds 1, 2, and Round 3 Heats 1 - 12 to start competition. Solid four-to-five foot, occasional plus, waves pulsed into the Pismo Beach Pier lineup and competitors who seized opportunities stood apart from the field. Women's competition was called off for the day as they prepare for their start.

Reigning North America QS Regional Champion Noah Schweizer started his first-ever Pismo Beach campaign in great fashion with three heat wins. A late entry from Schweizer put him into the first heat of the day and the 24-year-old thrived from the start, ultimately posting (one of) the day's highest heat totals in tough early afternoon conditions. Schweizer has a big year ahead of him with a seed into the highest-rated events and took advantage of an early start in Pismo Beach. (Interview in video)

Not to be outdone by Schweizer, one of the hometown favorites Austin Neumann finished off Round 3 Heat 12 in phenomenal fashion. Despite a bad foot injury that's kept Neumann out of the water for nearly two weeks, the Pismo Beach native dropped the day's highest single-wave score of an excellent, meaning 8.00 or better, 8.17 (out of a possible 10) to close out opening day. Alongside fellow Pismo Beach local Braden Jones, also winning his Round 3 debut, the two know the job is far from done but gave something for their home crowd to cheer about.

"That was my first time surfing in two weeks and just got my waves, I knew where they were kind of, so just put it down," said Neumann. "It's the best feeling ever. Just so many friends over the years, it's just super sick to have them all in town watching." Brasil was in force at the Pismo Beach Pier and David do Carmo led the way, also starting in Round 1, and now finds himself into Round 4. The 35-year-old had his glimpse into the Championship Tour (CT) in 2014 and 2015 as a wildcard and still maintains the drive to stay among the world's top QS threats. Now residing in California, Do Carmo has his goals for 2020 locked in.

"This is my second time competing here after doing the Still Frothy contest and I really like the waves here so that's why I wanted to come back," said do Carmo. "I'm looking for a good result to start the year right and I'm stoked to do well in all my heats today. I'm living here now so I'll compete in all the North America events and try to build up my rankings to make it high up there by the mid-year cutoff."

Fellow Brasilians Wesley Santos and Uriel Sposaro both advanced into Round 4 alongside Do Carmo as Davi Toledo, Namor Cayres and Kj Norton await their Round 3 affairs. 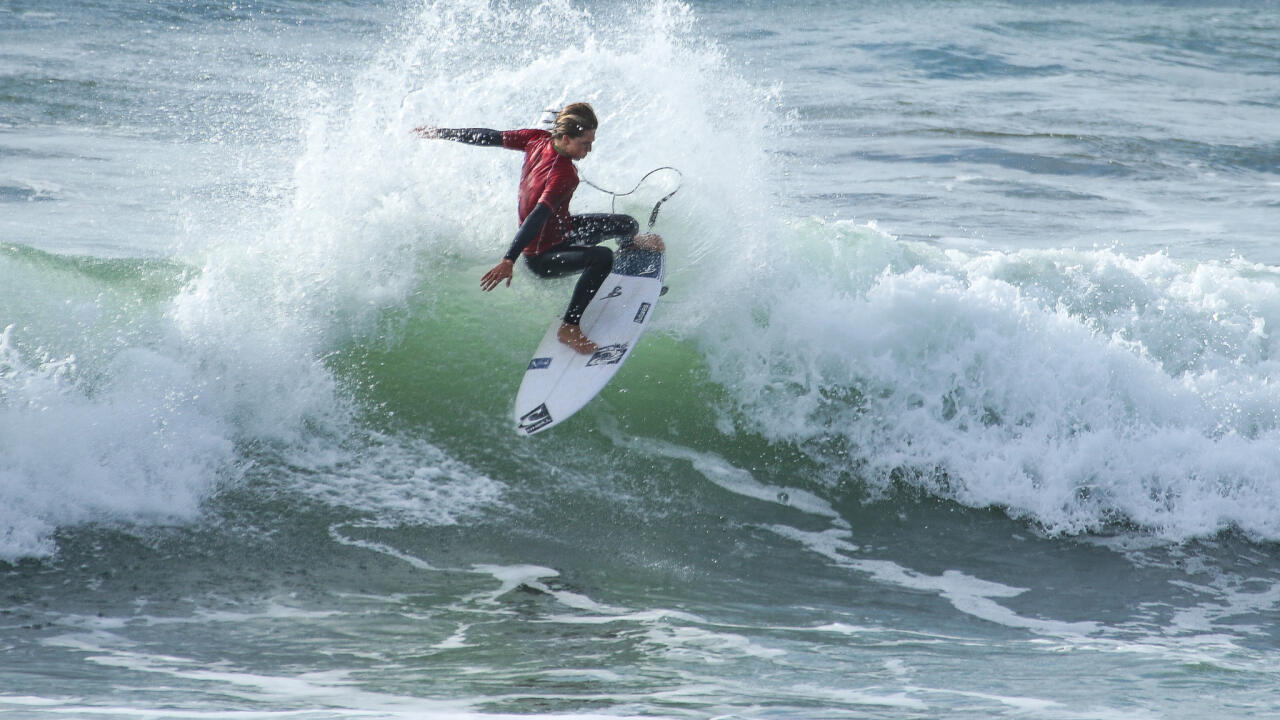 Leading the forefront for young talent in attendance, Sebastian Mendes garnered opening day's first excellent score with his powerful forehand attack. The 17-year-old enters his last year as a Pro Junior and begins to shift his focus toward joining the QS elite full-time in 2021. Mendes continues to search for a breakout result on the QS and started toward one brilliantly in his 2020 debut.

"It's awesome to get a start like that and I was just looking to get any kind of good wave out there," said Mendes. "This is my last year before starting the full QS grind so I want to go ballistic this season. It's so important to get a good result early on and it's something I've struggled with in the past but I'm hoping to turn that around with a good performance here."

Simpo: "That First Heat's For Kobe"
1:37
The former CT competitor and long-time Lakers an reflects on what one of his idols meant to him.

Event organizers will reconvene at 7:30am PST to determine a possible 8:00am PST start for men's Round 3 Heat 13 or women's Round 1.

The Brazilian earned a career-best result at this very wave in 2020 and is on a mission to do it again.

High performance action at Haleiwa led to big scores and tense matchups on Day 1 of the Hawaiian Pro, the first jewel of the Vans Triple