What does a lockdown in the Mentawai Islands look like?

This was the question I faced along with a group of people running a surf retreat located on the small island of Nyang Nyang - an area better known to surfers as Playgrounds - when the world went from business as usual to lockdowns, travel bans, and confronting a pandemic seemingly overnight in March. As the last five remaining foreigners at the resort, all from different parts of the world, many of our home countries were closing their borders one after another. We decided we would stay on the island.

On the surface, the dream of surfing epic, uncrowded waves in surfing's most wave-rich environment appeared to be a reality, but so were the risks associated with it. First and foremost, it was possible we could end up completely isolated, even stranded.

Messages flowed in from our previous guests and friends wishing they could be locked down with us. And who wouldn't want to be? This is a surfing paradise, after all.

Then the Mentawai government announced it would be closing all foreigner access from Padang, followed by a restriction of movement between islands and villages, and ultimately, a surfing ban. Luckily for surfers and travelers who ended up with canceled flights, the Indonesian government immediately issued Emergency Stay Permits, meaning that anyone whose visa would expire during lockdown was now allowed to stay in the country until further announcements. 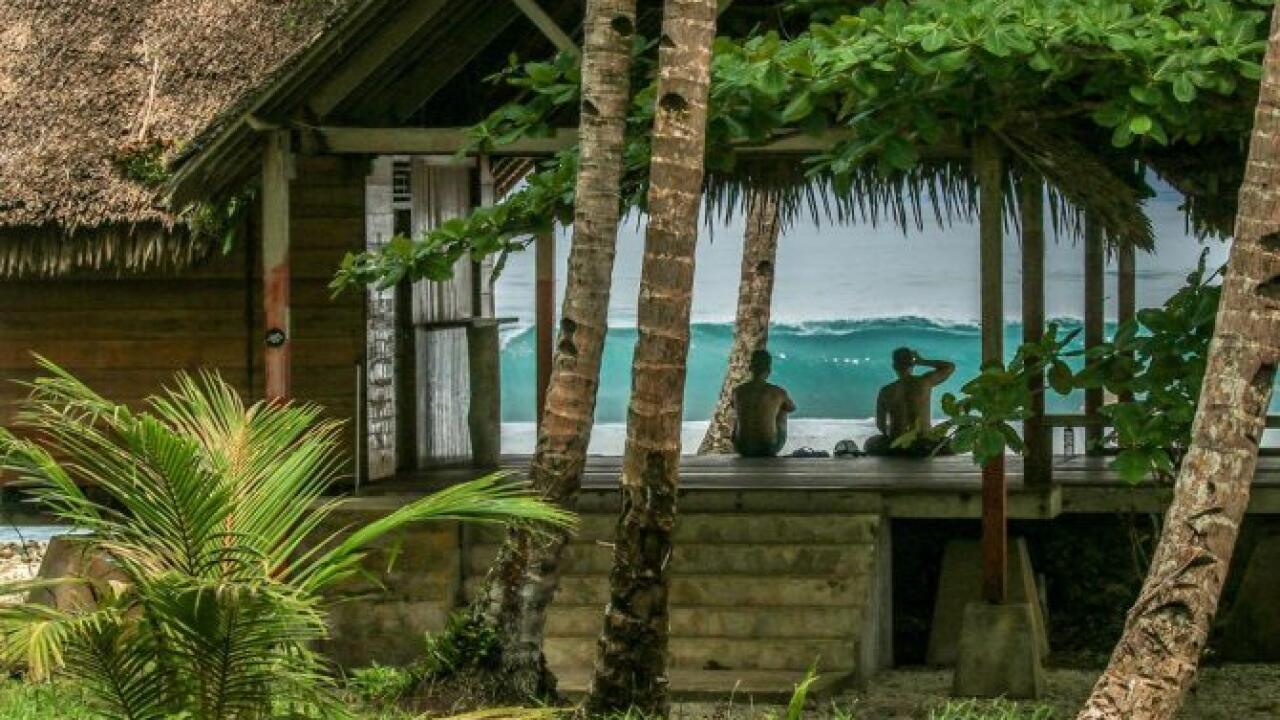 By the 24th of April, 2020, our feelings had gone from living in isolation to being completely stranded. All passenger aircraft, both international and domestic, were officially grounded. We were living the answer to that initial question when this all started. We now know what it looks like to be locked down in the Mentawais:

It's a paradise prison.

The few small local villages scattered around the islands for coconut harvesting have all been abandoned. The native Mentawai people have retreated to the safety of the isolation their culture is built on, back to the depth and shelter of the jungle.

Currently, the surfing ban still stands, and travel between islands and villages is also forbidden. There is no way to get back to Sumatra, however, supplies do arrive once a week from Padang to the main island, Siberut. The nearest clinic has been closed, and the sole hospital in Siberut accommodates only eight beds.

As of April 25th, there were just two cases of COVID-19 reported in the south Mentawai region and none in the north. Even so, we have resisted leaving our island for supplies in Siberut for fear of under-managed safety measures. Instead, our days are now filled with spearfishing for extra food and scavenging through the jungle for any veggies or fruit.

In my experience, the Mentawai people themselves don't show much concern for the Coronavirus if you ask. They feel prepared. They say that they have natural remedies for things like this virus. It's an admiral belief and one I would love to adopt, but I fear that perspective of this severe global situation could be the death of them. Then again, I have witnessed firsthand how they've cured injuries and illnesses with natural remedies, so who am I to judge?

Maybe theirs is the answer. Their simple and natural way of life, their belief and respect that everything in nature has a role to play, has been healthy for them for all these generations. Maybe we are the ones who need to learn from them.

All that aside, I find comfort in knowing that currently, we are probably in the "safest" part of the world through all this. That's the sentiment our friends and family shared when we first announced we'd stay isolated here on the Mentawais. And now, several weeks later, as we've watched how fast and wide this virus spread across the globe, can we fully appreciate what our friends were saying.

While it's true that we are locked down in paradise with perfect, empty waves rolling through, we acknowledge that we are privileged to be here. We are grateful for this, but the more time we spend in this lockdown the more we realize that we would rather be sharing this amazing and beautiful place with more people.

It's our hope, as with everyone else around the world, that things are back to normal as soon as possible. Until then, I believe that being cut off from the outside world completely as we are, is the only way the Mentawai people will survive.

Editor's Note: You can keep up with the folks at Mentawai Surf Retreat on Instagram here.