Born and raised on the border of Santa Monica and Venice by a Mexican immigrant mother, navigating my identity as a surfer has been a central part of my life. I grew up surfing at Ocean Park and Bay Street, thanks to my mom who hustled to get financial aid so I could attend local surf schools. If you know Los Angeles, you know we're a beautiful mix of every race and ethnicity -- but I always wondered why I didn't know of any Black, Mexican, or mixed race surfers.

It wasn't until I was a teenager that I first heard about Nick Gabaldón - a Black and Mexican surfer on the LA surf scene in the 1940s. He was the first documented Black surfer during the tail end of the Jim Crow era in the 1950s, when many beaches were still segregated. He would paddle from a segregated Santa Monica beach, originally Native Chumash lands, 12 miles north to the Malibu Pier, so he could surf its world class waves. 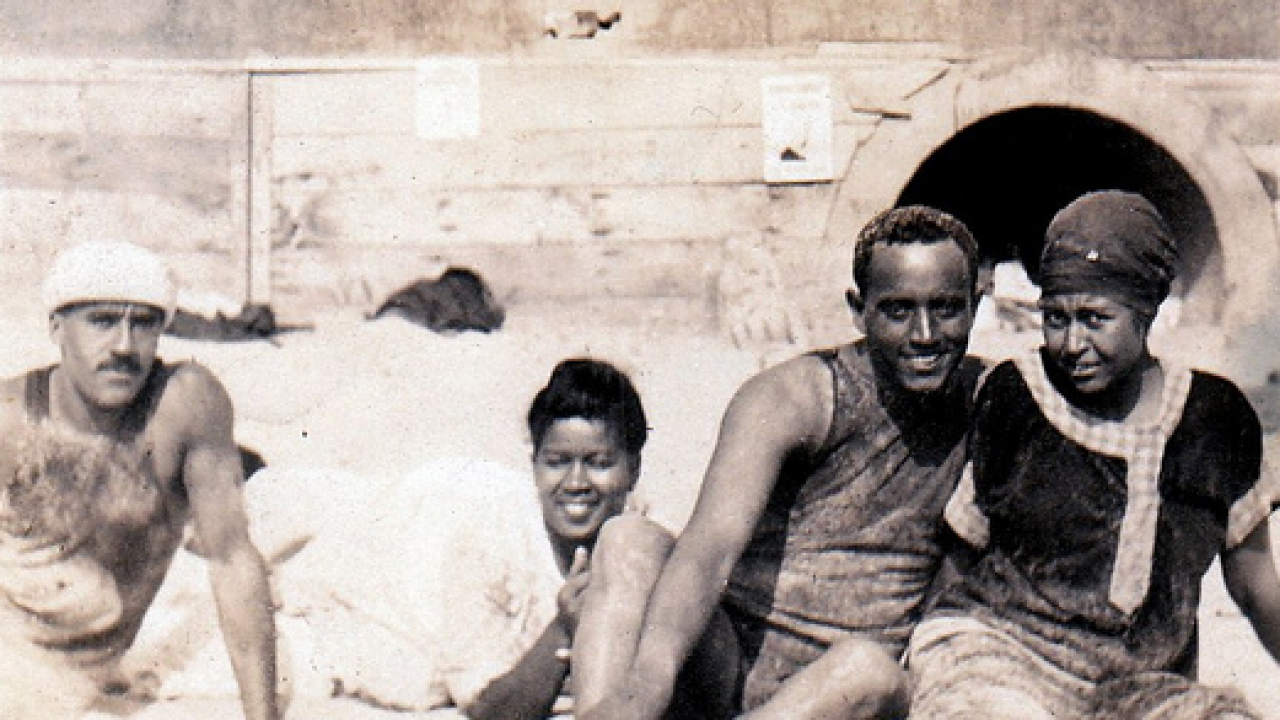 "That was pretty typical of the racism that went on back then. [Paddling to the Malibu Pier] was quite the accomplishment. I mean, he looked like he could paddle that far -- he was quite the studly fella," said Tony Corley, founder of the Black Surfing Association. "We sort of looked alike, it felt cool. I felt like he was a surfing brother of mine."

Although Gabaldón didn't fit the stereotype of a surfer at the time, he was respected for his determination and skill in the water. He was a local legend, breaking physical, and racial barriers to do what he loved most: surf. 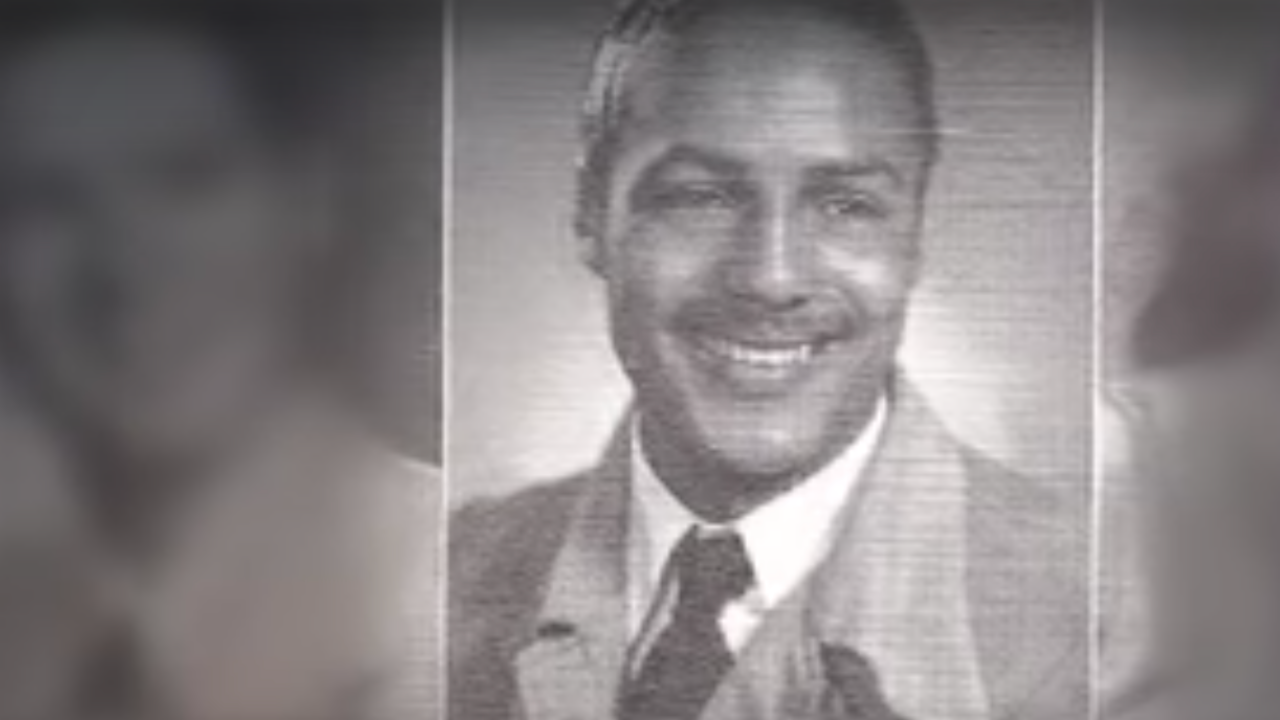 For me, Gabaldón embodied LA in a nutshell - diverse, talented, and effortlessly cool. Learning about Gabaldón's story resonated with me and my friends. He wasn't just a surfer to us -- he was a hero trailblazing a path for surfers to feel a sense of belonging and confidence.

"It's so important for us to have proper historical narratives when we speak about race and inclusion. Talking about the history of surfing in general, it's also important that we raise awareness around people like Nick Gabaldón who are fighting against the status quo," said Dr. Cassie A. Comley, PhD, independent researcher and sociologist. 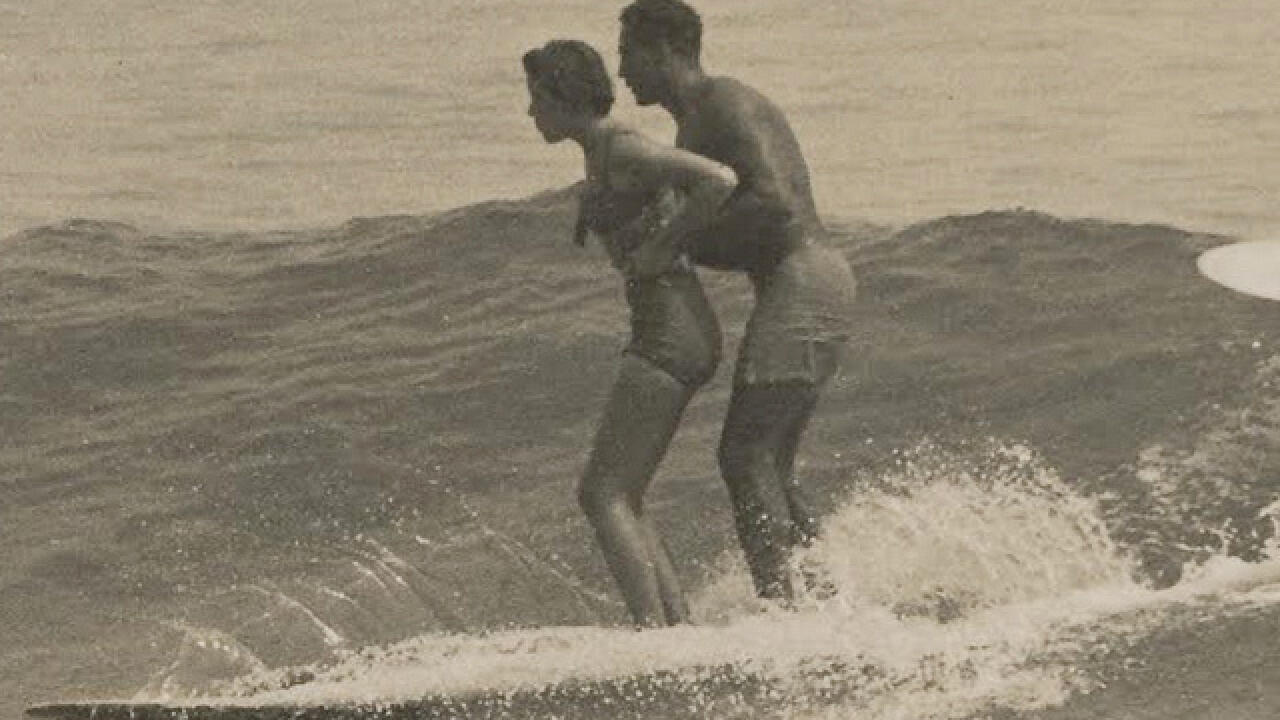 This is especially true for communities of color and women who have not always seen themselves reflected in the sport. "If you're a surfer, what we want to hear is your journey to surfing. Unfortunately the current narrative is ‘wow, here's this anomaly' and so our color always takes the forefront before our love and passion for surfing. So if we continue to promote stories like Nick Gabaldón's, hopefully we will normalize us being in the water," Gigi Lucas, co-founder of Textured Waves and founder of Surfear Negra explained.

Today, the surf community in Los Angeles looks different than it did in Gabaldón's days. I feel proud to be a part of a group of Black and Latinx surfers in the lineup. Pulling inspiration from those who came before us, we are a new wave of surfers using our experiences to expand the narrative of surfing. This is why I founded a production company led by women of color called The Gnar Gnar Honeys, which aims to promote diversity in front of and behind the camera in action sports. And there are many others doing incredible work in this space: 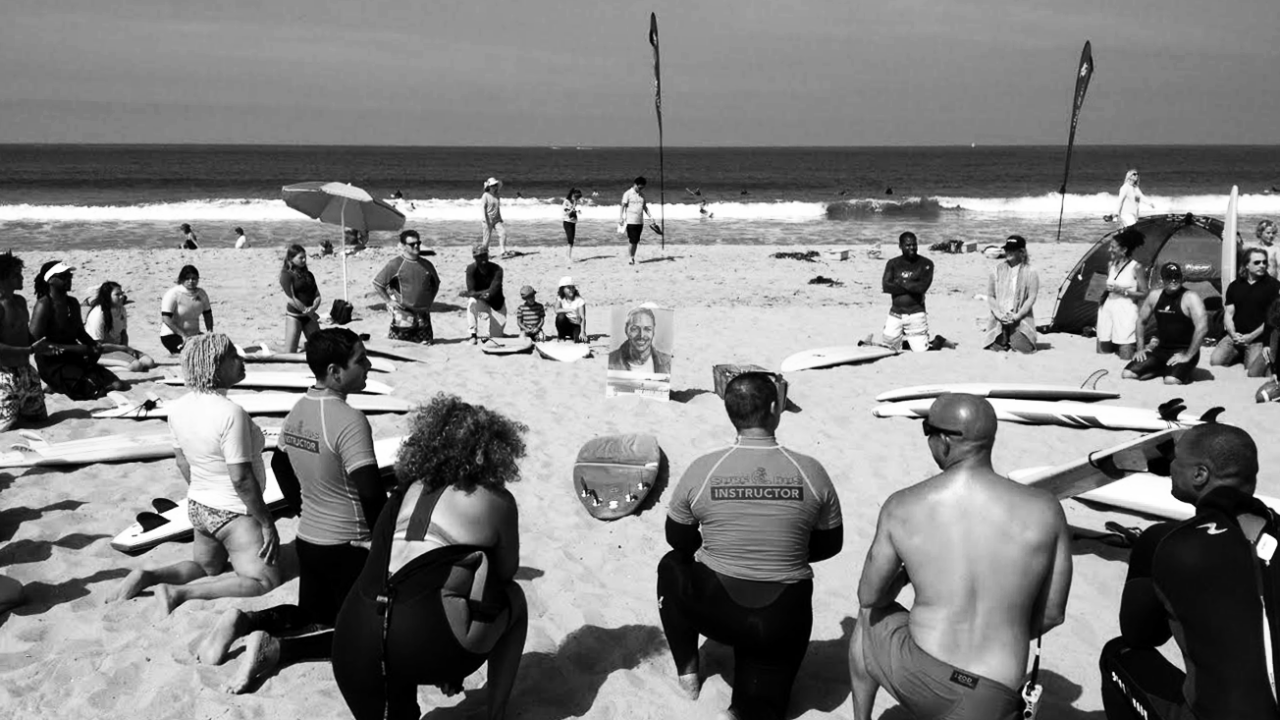 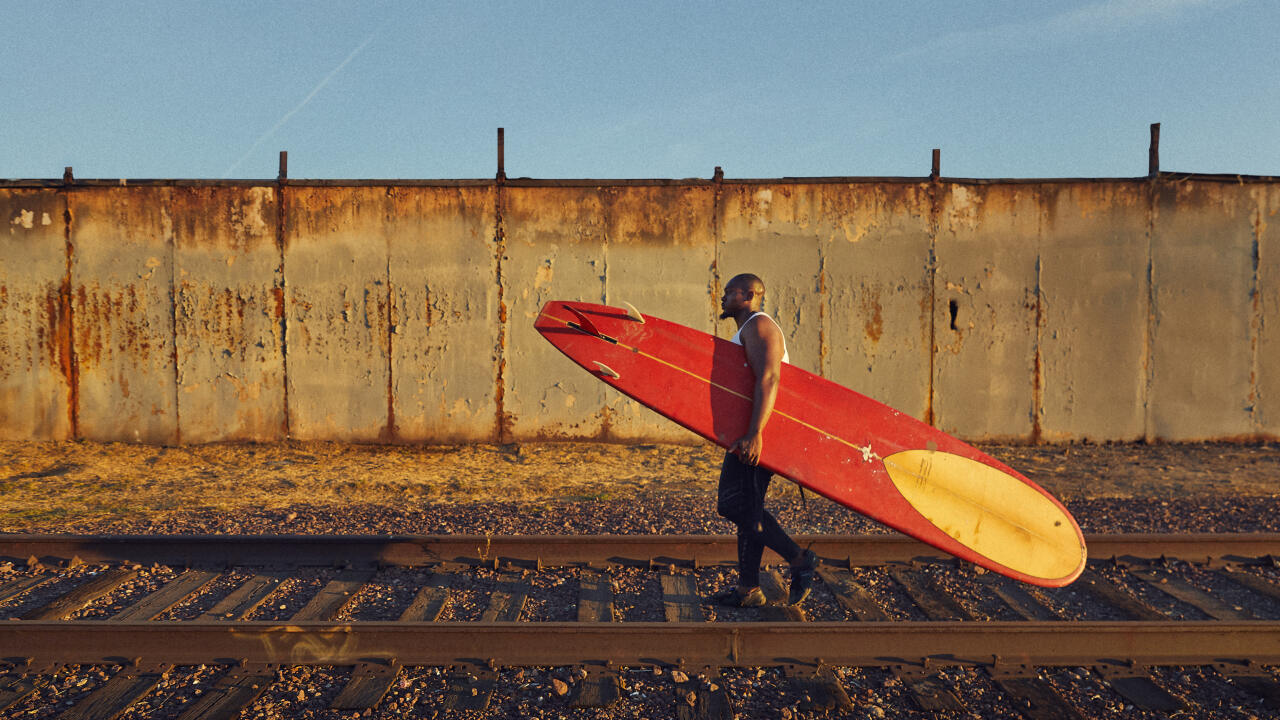 And there are many more who have dedicated their lives to uplift and inspire the next generation.

Today, on the anniversary of his passing, we remember and honor Nick Gabaldón. There is a plaque commemorating Gabaldón's life along the ocean at the center of Bay Street in Santa Monica. One week ago today, I thought of Gabaldón while protesting along with hundreds of Angelenos in front of that very same plaque. We took part in a memorial paddle out in solidarity with the #BlackLivesMatter movement and to honor the lives of George Floyd, Ahmaud Arbery, Breonna Taylor and countless others who have lost their lives to police brutality and systemic racism.

How can we uplift and amplify the stories of Black and brown surfers beyond Nick Gabaldón Day? Below are some resources to keep this important conversation going:

Monica Medellin is a surfer and content creator born and raised in Los Angeles. She is a full-time Westsider, sometimes Eastsider, and forever Angeleno. She is currently working as the Social Media Coordinator at World Surf League.