The World Surf League (WSL) is set to continue its global series of pre-season charitable events, The WSL Countdown, with upcoming competitions in Australia, France, Portugal and Brazil. These contests will continue to bring world-class competitive surfing to fans during a time of restricted international travel and will feature a selection of the world's best surfers, including Olympic qualifiers Kanoa Igarashi and Johanne Defay alongside WSL Champions Stephanie Gilmore and Tyler Wright.

Australian Grand Slam of Surfing between September 1 and October 31, 2020:

All events and dates subject to change due to applicable COVID-19 related restrictions, including regional travel restrictions. Jack Robinson competing in his backyard at 'The Box' during the 2019 Margaret River Pro. - WSL / Kelly Cestari

The first event of the series, the Michelob ULTRA Pure Gold Rumble at the Ranch, was completed on August 9 with Filipe Toledo (BRA) and Coco Ho (HAW) claiming victory in a one-day, mixed tag-team format competition on the perfect waves of the WSL Surf Ranch in Lemoore, California.

Australian Grand Slam of Surfing
The window is open for the Australian Grand Slam of Surfing where 24 of Australia's best surfers (12 men and 12 women) will compete in a three-event charitable series set to take place between September 1 and October 31. Pending state border restrictions, events are planned for Tweed Coast in regional NSW, Margaret River Main Break in Western Australia and the Gold Coast, Queensland. 10 male CT competitors and 8 female CT competitors will be on standby for each stop, some looking to compete for the first time in 2020, with the remaining spots going to top-ranked QS surfers and local wildcards.

Onda Do Bem presented by Oi
15 of the top Brazilian surfers will join 10 celebrities for a broadcast-only, charitable event on Friday, September 18 from 2pm to 8pm ET / 11am to 5pm PT. Competitors will form teams of five and take part in a series of surf challenges, including an air contest and a tag team challenge, at an undisclosed location. 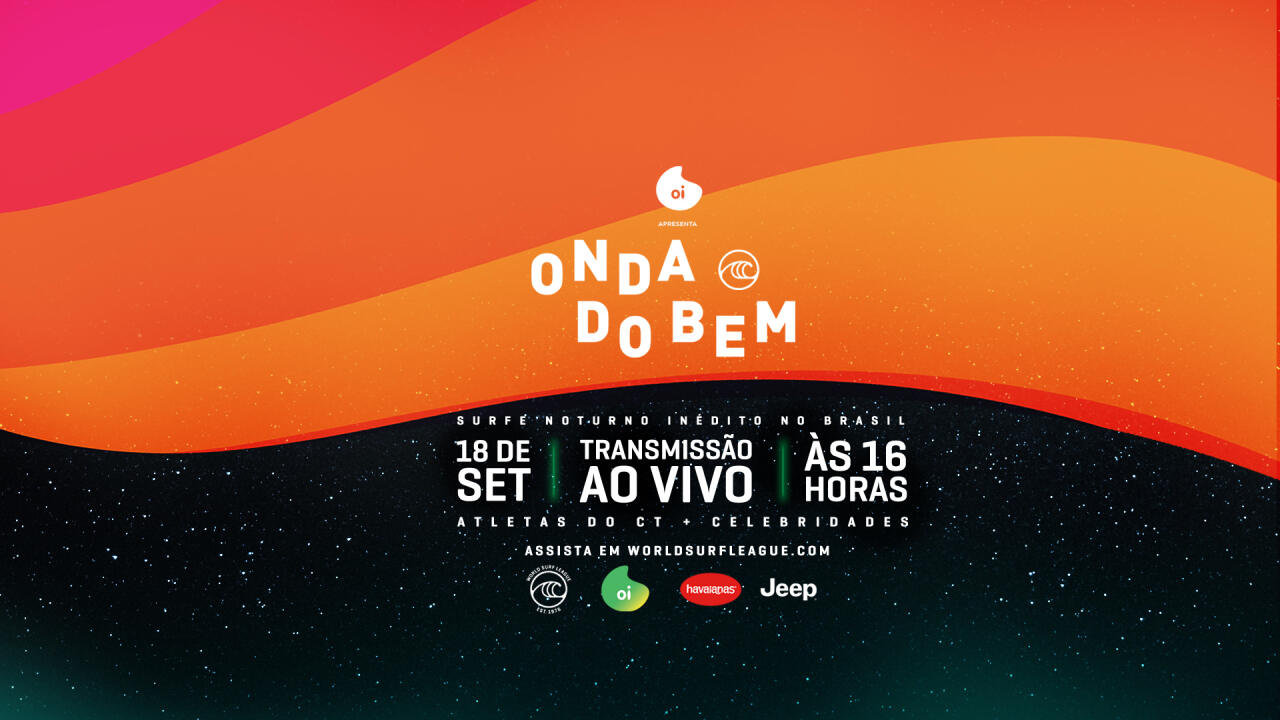 Euro Cup of Surfing
The Euro Cup of Surfing will see 24 surfers (12 men and 12 women) compete in two events, in France and Portugal, for the chance to win a charitable prize purse. An exciting short format will offer the opportunity to wrap the events in a single-day to capitalize on the best conditions.

The French Rendez-Vous of Surfing will take place in Anglet during the window September 23-25 and will be closed to the public.

The MEO Portugal Cup of Surfing is a mobile event that could run in a number of locations, including Ericeira, Peniche, or Nazaré, depending on conditions during the window September 28 to October 2.

All events will be broadcast live on WorldSurfLeague.com. Check local listings for details of additional broadcasters.