Two to three-foot and onshore. They're not the kind of conditions that defined Andy Irons as a surfer, but he was able to grind it out with the best of them. And his ability to grind harder than anyone helped cement his legacy.

In 2002, Irons had claimed his first World Title and asserted himself as the alpha male on the Championship Tour. That same year Kelly Slater was starting to find his way in a jersey again after his brief hiatus from competition, Joel Parkinson's form appeared impeccable and Mick Fanning would eventually be named Rookie of the Year. Friend of foe, Irons wanted to crush them all every time he paddled out.

Going all in on his Title defense, he started his year with a win at the Rip Curl Pro at Bells Beach, besting Parko in the Final. Then, in the third event of the season, Irons notched another victory with a statement-making performance at the Quiksilver Pro Fiji -- beating good friend Cory Lopez in the Final, who had incidentally beat Irons at the previous event in Tahiti.

After the South Pacific leg, Irons barreled into Japan well out in front on the leaderboard. And by the time the Niijima Quiksilver Pro was over he'd be even further ahead with three wins in four events.

"I can't believe I'm in Japan and actually won," Irons stammered after beating Parko in their low-scoring Final, surrounded by media onshore. "He was surfing so good in the semis, it kind of brought my confidence down and I thought I had no chance at all."

But nobody on Tour had more grit than Irons, and like so many of his accomplishments, he seemingly willed the win in Japan.

"I'm going to get a whole bunch of new boards when I get home and start going to the gym and then head to J-Bay early and hopefully get a result there as well. I've never done well there either, but right now I'm just so stoked. It's been an unbelievable year so far," said Irons. 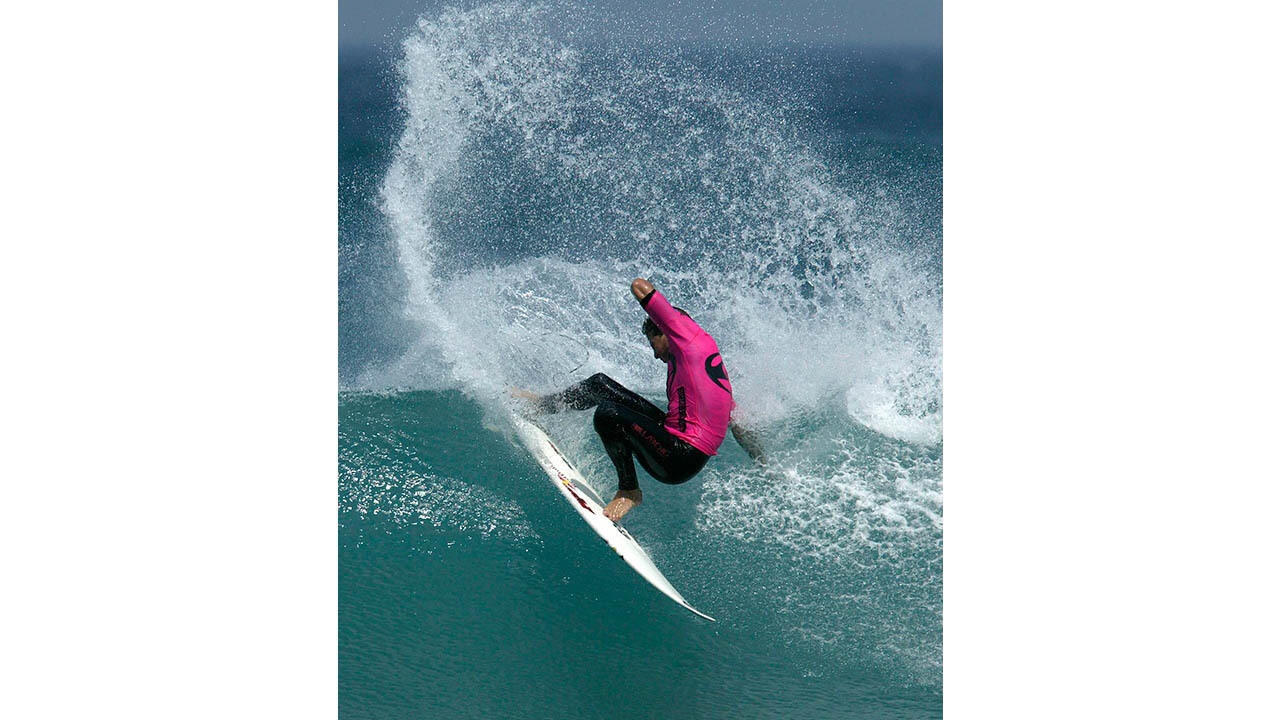 Irons didn't do well at J-Bay. He finished with a 17th-place result courtesy an upset by giant killer Sean Holmes. He took home another 17th at the next event at Trestles thanks to his younger brother Bruce. He finally regained his groove with a command performance in France to top the podium.

By year's end it had all come down to the Pipe Masters. Before the Final, Slater famously walked up to Irons and whispered the words "I love you" in his ear.

Irons was having none of it. He ended the day defending his Pipe Master victory from the year before, and more importantly, he earned his second World Title.

"He felt like I was trying to play a game with him before going out in the final, but I really wasn't," Slater explained in the Quiksilver film "Letting Go.""It was kind of like 'This is it. Let's have a good time. I'm totally worn out. It's been a long year.' In saying that, I was saying a lot of things. He looked at my kind of strange ... I know he thought I was trying to play some sort of mind game with him." Taking the win at the first event of the 2003 season, Irons ringing the bell at the Rip Curl Pro at Bells Beach as Parko gets in on the celebration. - WSL / tostee

Irons had every right to believe that, mind games had long been a hallmark of Slater's competitive strategies -- like the time he tried to convince he good friend Shane Dorian to start a heat switch stance with him.

What made Irons great was that he refused to bend or yield to Slater or anybody in his way, and whether it was a three-foot day in Japan or a classic Pipe Masters pressure cooker, in 2003, he was unequivocally at the top of his game.