It doesn't get much slabbier than Backdoor, and Pyzel seems to make a pretty good stick for it. This won't last forever. At some point COVID-19 will be a thing of the past, and we'll again be allowed to chase barrels to Bali rather than just watch those lucky enough to be "stuck" on the island stuff themselves inside empty tubes on Instagram.

Until then we can dream. And scroll. And order new surfboards. 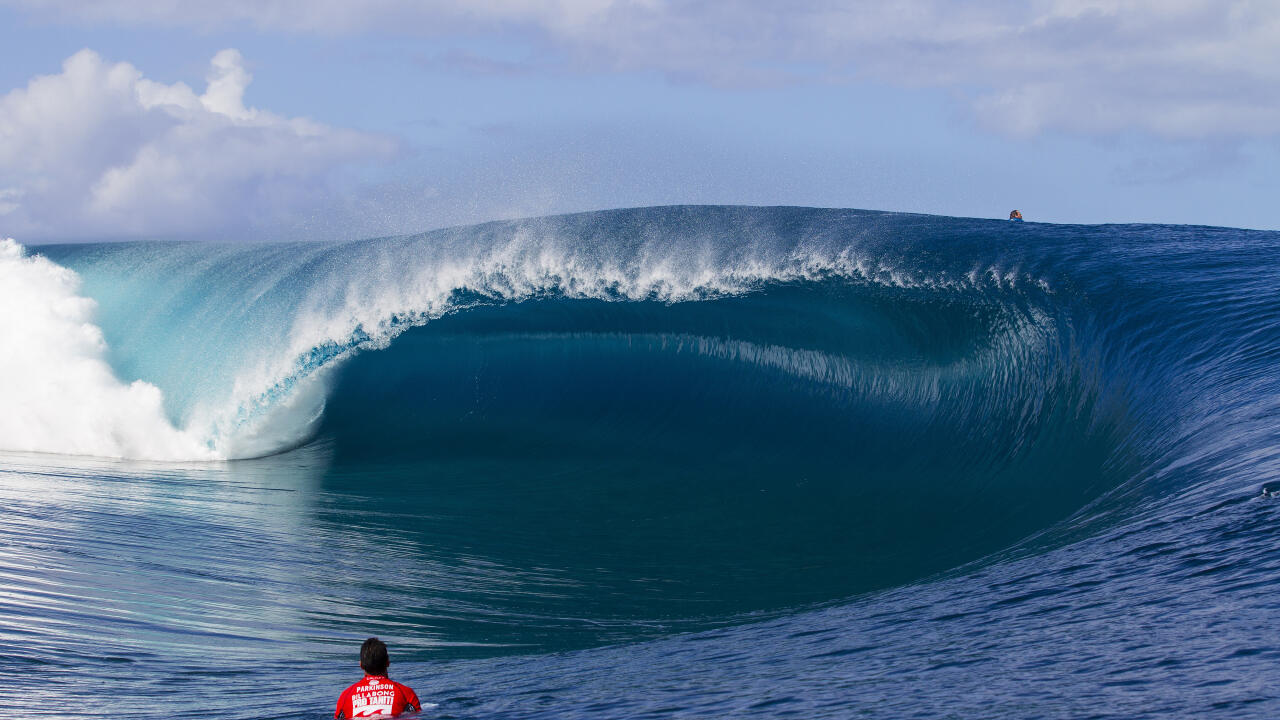 By all accounts, surfboard builders are busier than ever in the midst of this pandemic. Apparently surfers all over the world are using this time to re-stock their quivers. And with that in mind, we thought it would be a good time to collectively brush up on some surfboard design theory, to talk to some master builders about how we should approach filling the holes in our quivers.

We often think of ordering a board for small surf, good surf and big surf, but that's doing a disservice to ourselves and our surfboards. There's a huge difference between a 6-foot day at Keramas, Rincon and the Outer Banks, and the board you're riding at each would ideally reflect as much.

So rather than talking about wave size, we'll be looking at boards in terms of wave type. To kick things off, we're diving into design theory for the most technically-challenging waves - slabs. And to walk us through the basics, we rang Jon Pyzel, builder of boards for arguably the best slab surfer around - Mr. John Florence. Check back soon for more design notes on boards for points, beach breaks and beyond.

OK, so when ordering a surfboard for slabs, what's the most important thing to consider as it relates to:

"Generally, you wanna go as short as you can without sacrificing your paddle power," says Pyzel. "Because you want something that's short enough to fit in the tight curve of the wave. Usually on a slab, you're not even trying to actually get to the bottom of the wave, you're just trying to get into it and under it as quickly as possible. So the shorter the board, the easier it's gonna fit into that tight radius. Within reason, of course - you don't want some stubby little thing."

"With slabs, you're not gonna want a lot of volume. There's no early entry; it's not like Sunset where you want a bunch of volume to roll into the wave before it breaks. What I've found that's really important is when you add that extra thickness, you don't want that thickness to carry out to the rail of the board. Otherwise, you're gonna have a really hard time setting your rail when you try to knife up underneath it. Basically you want to add that volume under your chest in the center of the board, rather than throughout. You definitely don't want some flat deck board. You want a refined rail, so that you can dig in."

"I've gone to the extreme shaping boards for big slabs‚ like Teahupo'o - where I've made the rails really thick. But we hit a point where the rails were too beefy, and that started being counterproductive. You don't want a really sharp, knife-y rail, but it's super important to have the board foil out in thinness, and especially through the tail. For any type of slabby wave, you never want to be up at the top of the wave as you're catching it, you want to be standing up in the middle of the face, or behind the peak. Either way you want the board to be quick to react, because you want to be able to make small adjustments really easily. So, you don't want to have the rail line be too long, or too straight. Sometimes with a shorter board you end up with too much nose and too straight of an outline. So it's a really fine balance, because you want the board to have a fair amount of curve, but also not just be your standard shortboard, because you still need that extra volume in the middle."

"Rocker is a fine balance, too. You'd think you want a ton of rocker. But a ton of rocker paddles slower, and keeps you from getting into the wave. You want a more relaxed entry rocker, but with enough curve through the last foot so you don't poke on the way down. Basically, you want a decent amount of curve in the nose rocker and outline, but not so much that it slows down your paddling."

"Every shaper is gonna have what works best for them, but I don't like a ton of concave, because it'll give you too much lift as you're trying to set a rail. You're better of with a more mild contour. I like to put double concave in boards for slabs, because it gives you the stability of a vee bottom, but also adds speed. It's good blend. Usually I add a little vee through the tail, because it helps releases pressure. Imagine you're trying to grab your rail and pull your board up into the tube, if you have vee off the tail it helps give a slight pressure release, which will help you set your rail, as opposed to having the tail slip out on you."

"Squash tails are out. They tend to slide and pop out, where all of a sudden your tail is sliding down the face, with your nose facing up. Usually I shape a nice round pin tail, which helps add a nice curve to the outline of a shorter board, and really pulls a board shaped for slabby wave together."

"A lot of people think they need bigger fins for bigger waves, for holding power or whatever. But the reality is that a slabbing tube has so much push and power, and you're using a narrower tail, so you can get away with a lot smaller fin than you think. Reason being, a bigger fin gives more lift out of a board, so when you have a bigger fin you can actually have a harder time keeping that tail in the face. It's counterintuitive, but a smaller fin will actually help you keep your tail in the wave. Most people immediately think big wave, big fin; small wave, small fin, but it's kind of the other way around. People trip on that. But I always think of fins as airplane wings, because they really are wings in the water, and the lift of the fin gets underestimated. What I would say is, when you go smaller, you want to go stiffer. A fin with flex is great for performance surfing, but in a slab wave you want something smaller, but with a stiffer construction. Especially backside, where you're grabbing rail and pulling into the tube, because you're putting a lot of pressure on those fins. If you have a flex-y fin you're gonna slip out and all of a sudden you're going backwards over the falls."