Editor's Note: Welcome to our new series, Surf History 101, where we look at innovations in the world of surfing and beyond that changed the pursuit forever. In this edition, Sam George looks at the aerial, where it came from, and how it's become an intricate part of wave-riding progression.

Where Did It Come From
When talented Melbourne Beach, Florida, goofy-foot Matt Kechele showed up for his first-round heat at the Stubbies Pro Trials, held at Sebastian Inlet in 1982, he encountered a decidedly less-than-supportive bit of graffiti scrawled in charcoal on the Inlet's bathhouse wall. "Silly Kechele," it read. "Tricks are for kids."

The trick the anonymous arbiter of reactionary surfing aesthetics was referring to was the "aerial", a maneuver that Kechele had been trying to perfect for some time, even going so far as repetitively practicing the move while wake-surfing behind a boat in the nearby Indian River.

All The Airs | Italo Lights Up Anglet
0:52
Watch as the reigning World Champ, Italo Ferreira, returns to Europe and puts on an Air Show!

While more a short hop than an actual lift-off, his was the sport's first aerial move to be consistently replicated, albeit at extreme low altitude. Low enough that Kechele is hardly given much credit for his successful attempts to "slip the surly bonds", with this innovation regularly assigned to a number of more high-octane performers like Hawaii's Larry Bertlemann, Californians Kevin Reed, Davey Smith, and Matt Archbold, and South Africa's Martin Potter.

Unlike Kechele's bunny hop, variations of the maneuver performed by this high-flying squadron were much more visually exciting, as they were generally performed at higher speeds and, in some cases, much bigger waves. Yet, unlike Kechele's, these fins-free moves were basically close-out flyaways: blasting out at the wave's end with the hope, not certainty, of remaining connected to the board and riding out of it. Great photo potential; low success rate.

Then came Christian Fletcher. The scion of a royal San Clemente surfing family, by 1989 it was obvious that Christian had no more intention of toeing the line than did his legendary - and mold-breaking - father Herbie. While the rest of his contemporaries pledged to conform to professional surfing's accepted standards of comportment, Christian raised an emphatic middle finger to established norms, while at the same time raising his surfing to new heights - literally. Having already adopted, in both sartorial style and body adornment, the more subversive tone of the skateboarding scene, Fletcher co-opted the skatepark's "trick inventory" approach and applied it to the water - most noticeably aerial maneuvers, and most effectively at nearby Lowers Left. But unlike pervious aerial artists, Fletcher wasn't taking off on a wing and a prayer. Bringing one of the meanest air games to women's surfing, Carissa Moore will be competing at the Super Girl Pro next week in Oceanside, California. - WSL / Steinmetz

Rather than pump toward the closeout, Fletcher would track across the middle of the wave face right at the takeoff, check his speed with a set-up turn and then, unweighting with upward momentum, pop his board out and above the lip in a kind of watery "Ollie". What set Fletcher's version of the aerial apart from previous attempts, though, was his skatepark-honed ability to control the trajectory of the board, allowing him to land back onto the wave face and ride out of the move…again and again and again.

Lowers locals just shook their head at his consistency, but not so ruefully as did competitors at the 1989 Body Glove Surfbout, where Fletcher revealed to the broader surfing world what he'd been working on. And while this wild child's interest in contest surfing lasted only about as long as did the $31,725 first-place prize money, his influence in high performance (read: aerial) surfing can be seen in virtually every competition and clip today. 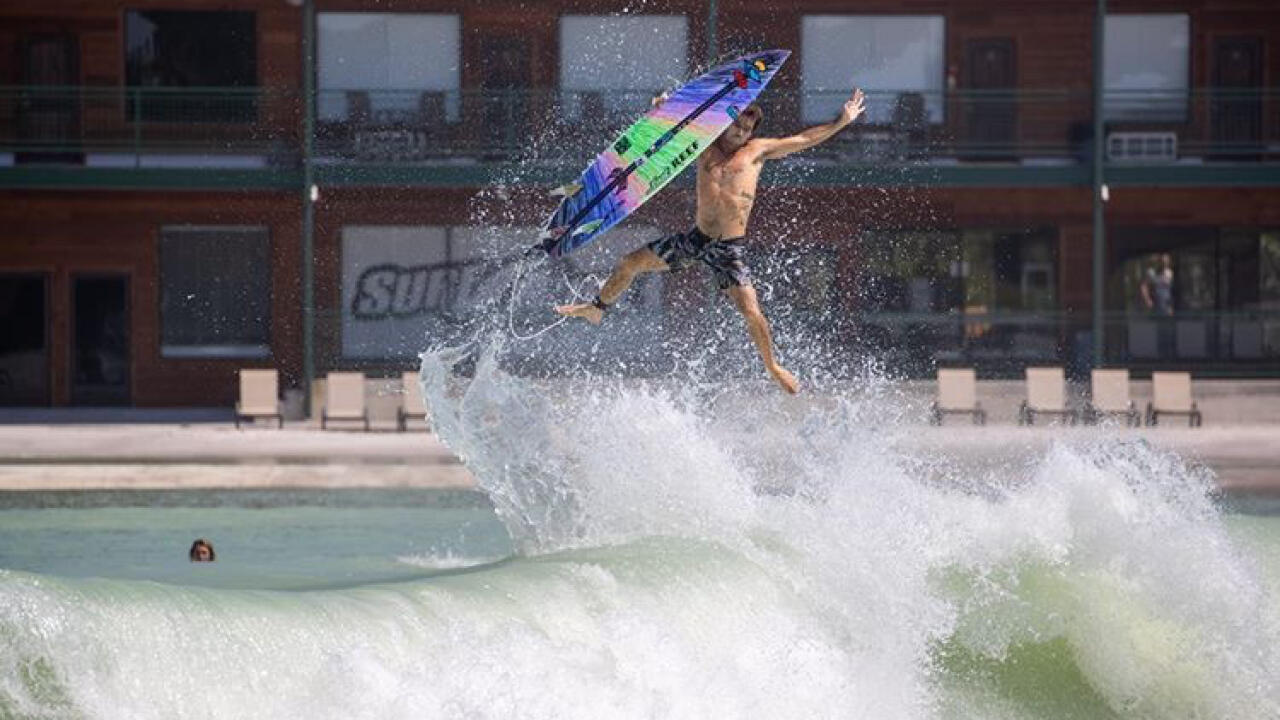 One of the most creative aerialists on the planet, Mason Ho launches a Christ Air at the BSR Surf Resort in Waco, Texas. - WSL / Rob Henson

What It's Meant for Surfing
Although having little effect on how the vast majority of the world's surfers ride waves, the aerial has, since that Sunday afternoon final in 1989, completely defined the performance standard for both professional competitive and sponsored "free" surfers. In turn, it has raised the bar so high (pun intended) that for those in the aforementioned surfer's audience, no cutback or frontside hack can compare to the sense of wonder one experiences when watching these aerialists take flight…and successfully land.

Why It's Not Going Away
Now that surfers are riding 58-second tubes in Namibia and Kai Lenny is doing aerial 360s at 60-foot Nazaré, it takes an awful lot to get surfers excited. Which is exactly why the Surf Ranch barrel is seen as merely an interlude, while the two-foot whitewater section at Waco is the main attraction. All kids love a trampoline.