It may have been big and clean early but it was soon apparent that adaptability was going to secure victory on Day Two, and that's exactly where Wright and Nichols shone through. These are important victories for two surfers who have worked through their own challenges to get on top of their game. Mikey Wright threading through the wave of the event, earning a 9.83. - WSL / Cait Miers

By midmorning the barrel was harder to find. Surfers had arrived expecting it would be an all-out tube fest but it soon became as much about the turns, and especially about hitting back at the violent end sections -- a Mikey Wright specialty.

Nichols surfed with a maturity and deftness to secure the win, adapting to the conditions and putting some of the hard work she's done in the offseason to good use. She kept the pressure on Nikki Van Dijk in their Semifinal, employing the heat strategy of a seasoned veteran and picking off the best of what was on offer in a slow heat, wave-wise. Isabella Nichols has proven she's ready to take on the best in the world once the Championship Tour resumes. - WSL / Kelly Cestari

This was meant to be her dream Rookie year on the Championship Tour, which in turn was the reward for a grind on the QS after almost giving professional surfing away not too long ago.

Things didn't go to plan in 2020, but Nichols has rolled with the punches, getting a jetski license and surfing South Stradbroke Island as much as possible.

"Like I said yesterday, I think I'll be having to have fifty showers because I have sand absolutely everywhere, I think my stacks were better than my waves," Nichols said of the wipeouts that were part and parcel of competing at Straddie these past few days.

She's now the Jeep Leader and will be going into the third stop of the Australian Grand Slam with a lot of confidence. She spent some time training at Margret River early this year, and will be the surfer to beat in Western Australia. Sophie McCulloch surfed all the way to the Finals as a wildcard. - WSL / Cait Miers

Meanwhile, Mikey Wright put it all together in his final against Liam O'Brien posting the highest single score of the event, a 9.83. He found one of the few good barrels and then attacked with turns straight from his no-holds-barred playbook.

It was a look into what the future might hold for Wright, who had planned to spend the first few months of 2020 battling for a Championship Tour injury wildcard spot on the CT against Leonardo Fioravanti after being sidelined for an extended period due to an injury.

His performance today has shown he's ready for a full-time spot on the Championship Tour, after finding the deepest barrels, cracking the most critical turns and adapting to the conditions on Day Two. It looks like he's found a rich vein of form, perhaps thanks to a relaxed approach during the extended off-season. 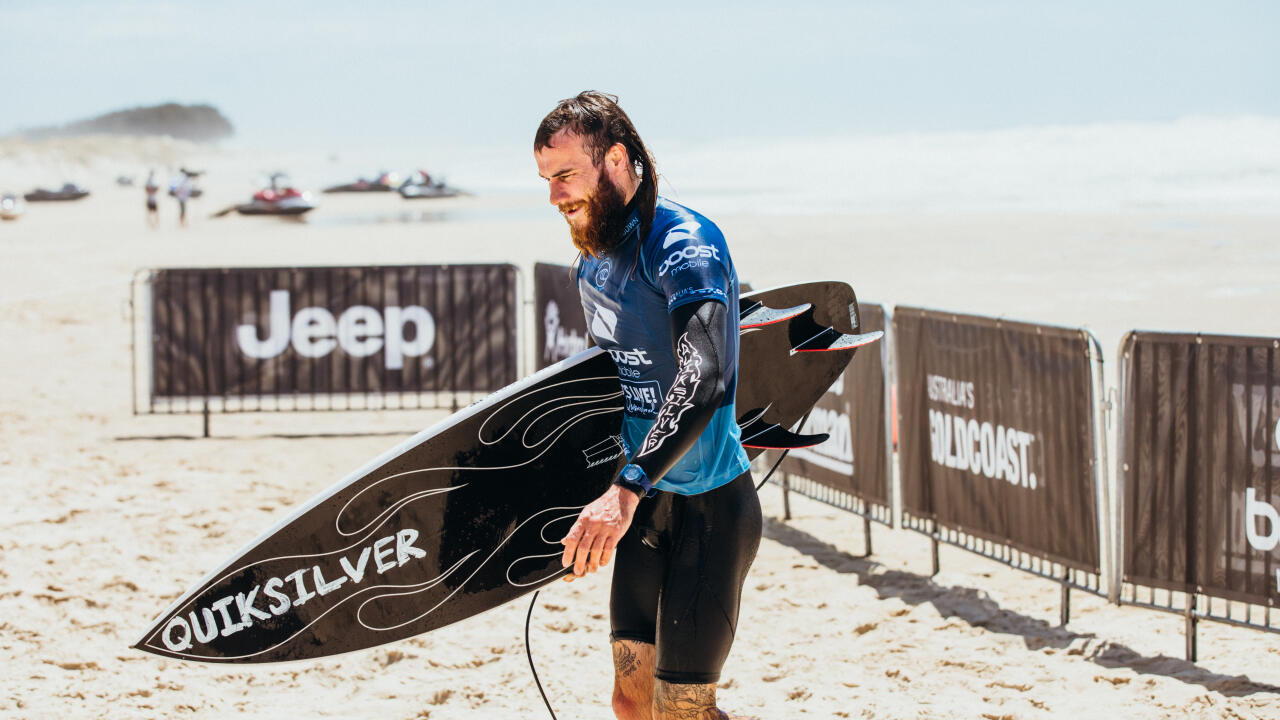 Mikey Wright found the most critical sections throughout the event. - WSL / Cait Miers

"It's funny, I actually haven't done too much training, more so just surfing, really," Wright said in a post-heat interview after winning his Quarterfinal.

"Obviously it's been a weird year but it's been good to chase waves and chase fish and go for a few hunts," he said. While he's downplayed the work required, there's no doubt he's fought hard to once again reclaim his place among the world's best competitors.

Wright found a whole new gear in the Final against Liam O'Brien -- a form surfer throughout the event, who has surfed South Stradbroke Island as much as anyone in the draw and was looking hard-to-beat throughout .

"I just went out and got another barrel. I just kind of sat down in clear water and let them come to me," Wright said after his victory.

South Stradbroke Island can deliver world-class waves when the conditions align, and some of the world's best will be back in a jersey.