Johhny Cabianca of Cabianca Surfboards has been making Gabriel Medina's surfboards since the 2X World Champ was just four-years-old. Since 2009, first with Pukas and now under his label Johnny has supplied Gabriel with around 120 boards a year, or 10 for each CT event, in a unique handshake surf-shaper arrangement. Until 2020 that is.

"The year started as normal, and we sent Gabriel's quiver to Australia for the start of the season," Cabianca told the WSL. "Of course then Covid hit and Gabe didn't make it to Australia. We sold the boards in a surf shop. Some lucky guys are now riding Gabriel's handshaped boards." 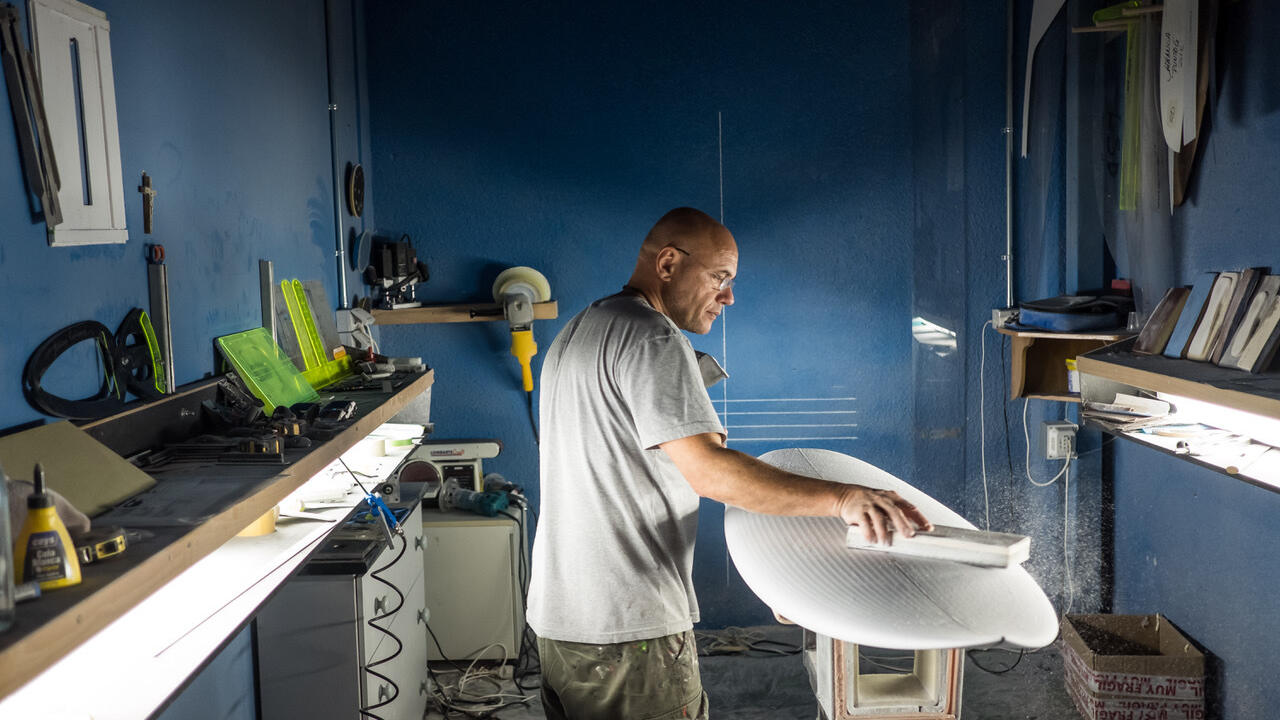 With the CT canceled for 2020, and Cabianca based in the Spanish Basque Country, the normal flow of boards was disrupted. However, Johnny sent a few batches off during the year to dial in equipment for when competition returns.

"A lot of our focus was on the boards Gabriel will need for the Tokyo Olympics," said Cabianca. "We've been studying the wave conditions in Chiba to see what we will need. Probably the biggest change is I have been adding to the wide points on his boards this year. He wants them looser, without losing control." Gabriel Medina with the jersey number 10 waits for his heat to begin at Pipeline, the last competition of the season where the World Title and Olympic qualification were decided. - WSL / Ed Sloane

As always Medina uses two models; each with a different rocker template. The Medina model is the flatter of the two, with boxier rails, which he uses in beachbreaks. The DFK model has a more curved rocker and smoother rails, better for reef breaks and barreling waves.

Cabianca also provided a fresh batch of boards for when Medina traveled to the Maldives in September. For the first time in probably a decade that was a freesurfing trip for Gabe that wasn't bookended by any CT events.

"It was a rare chance for some experimentation as we didn't have one eye on the next location," Cabianca said. "He's skinnier, he told me's he's lost three or four kilos, so we adjusted the volume and mixed the widths. Unfortunately, they didn't score a whole lot of swell, but the feedback was positive."

With the Pipeline Masters scheduled to start in a month, the pair are getting back to the business of competing and winning. Cabianca is in the process of making 10 of the DFK models for Hawaii, ranging from 6'0" to 6'4". The six zeros come in at 29 liters in volume. For any boards above that range, they work with Hawaiian shaper Wade Tokoro.

"Gabriel is very motivated right now, he's but he's also in love with a new girlfriend," laughs Cabianca. "It's so nice to see him happy and I think that will reflect in his surfing. Fingers crossed we will run Pipe and he'll start the year strong."