When the WSL announced some of its plans for the 2021 Championship Tour schedule this week, a lot of attention went to the Finals Day date at Trestles. But buried under that headline, one familiar name sticks out to me thanks to this week's news: Nat Young. After falling off the tour in 2017, where he advanced past Round 2 just once, Young has been fighting to get back onto the CT. And with Santa Cruz back on the tour schedule as well now, Young will have a chance to surf for re-qualification at the very wave he grew up on and has a long (successful) competitive history with. Coincidentally, the stop in Santa Cruz coincides with Young being within striking distance of accomplishing that.

Young first appeared on the CT in 2012. With an explosive entrance, he became the 2012 Rookie of the Year before settling into a series of up and down results over the next five seasons. He notched some near-wins with a Finals defeat to Gabriel Medina in Fiji in 2014 and back-to-back semifinal runs in 2015, but never a win in his five years. The last time the CT was in Santa Cruz, however, was in 2012 when Young was enjoying that hot start to his promising career. After winning the trials event and securing a wildcard spot, Young sent both Kelly Slater and Kolohe Andino into a Round 2 elimination heat. Although he narrowly lost to Joel Parkinson in Round 3, his performance at Steamer Lane showed he could compete and succeed against the world's best. 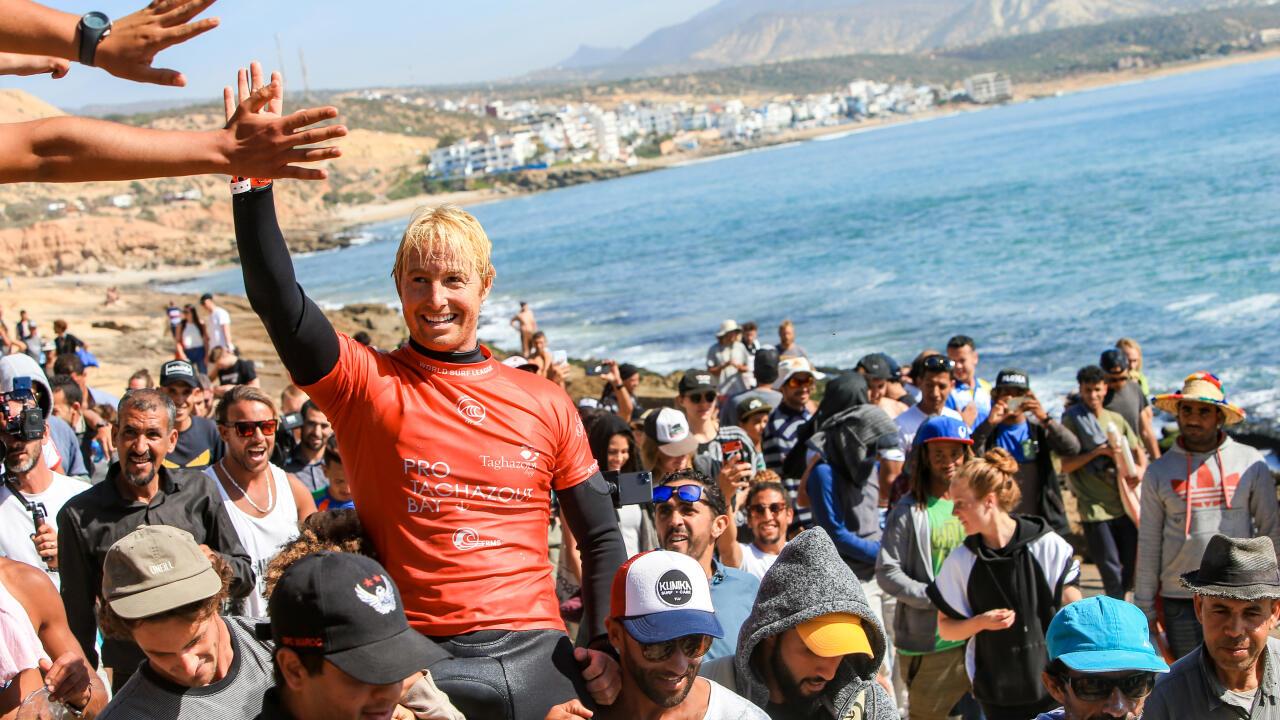 Young took the win at Taghazout Bay last January and put the world on notice that he was hungry to get back on the CT. - WSL / Laurent Masurel

This season, Nat Young is positioned well to charge back into the CT rankings in 2021. With pandemic-dictated 2020 QS points carrying over into 2021, Young has been sitting second on the Qualifying Series leaderboard. He started his 2020 QS campaign by securing equal ninths in the Surfest Newcastle Pro and the Sydney Surf Pro and by winning the Pro Taghazout Bay in Morocco. This leaves him likely needing something in the ballpark of 10,000 points to re-qualify, which could easily be obtained with enough strong showings once competition is back in full swing. Still, that's not a surefire bet. In 2019, Young sat in a similar position starting the year with a first-place finish at the Ichinomiya Chiba Open, a first-place finish at Caparica Surf Fest Pro, but was not able to seal the deal at the Vans Triple Crown of Surfing. But if he remains at the top of the QS, he will be strongly considered for the wild card at the Santa Cruz Pro. Additionally, with travel bans and the only other US Qualifying Series competitor sitting in tenth place, it is likely convenient for the WSL to award Young the wildcard, leaving him with a dangerous home turf advantage.

It seems 2021 will be a monumental year in pro surfing. With plenty of questions circulating around the single-day WSL Finals, the Olympics, travel bans, Kelly Slater's potential retirement, and more drama, there has been little debate about this season's underground breakthrough performances. Amidst all of the chaos, 2021 will likely have a dark horse. A fair question is: Will it be Nat Young?