Bronte Macaulay kicked off 2021 with a successful stint in Hawaii. After winning the best performance award at Sunset in the Vans Digital Triple Crown, Macaulay has since been busy preparing for the Australian leg of the Championship Tour at home. It'll be the 27-year-old's fifth year on the CT, making her one of the more experienced competitors on tour.

The West Australian admits she's fortunate that the waves in her backyard are as good as anywhere in the world. She spent much of 2020 posted up in northwest WA, helping her hone her tube riding compared to jockeying for scraps at Pipe, which she experienced as a first-timer on the North Shore earlier this year.

"Yeah, I went out maybe seven times and I didn't get any good waves. It's tough for sure. It was a bit of a nightmare, to be honest," she laughs. 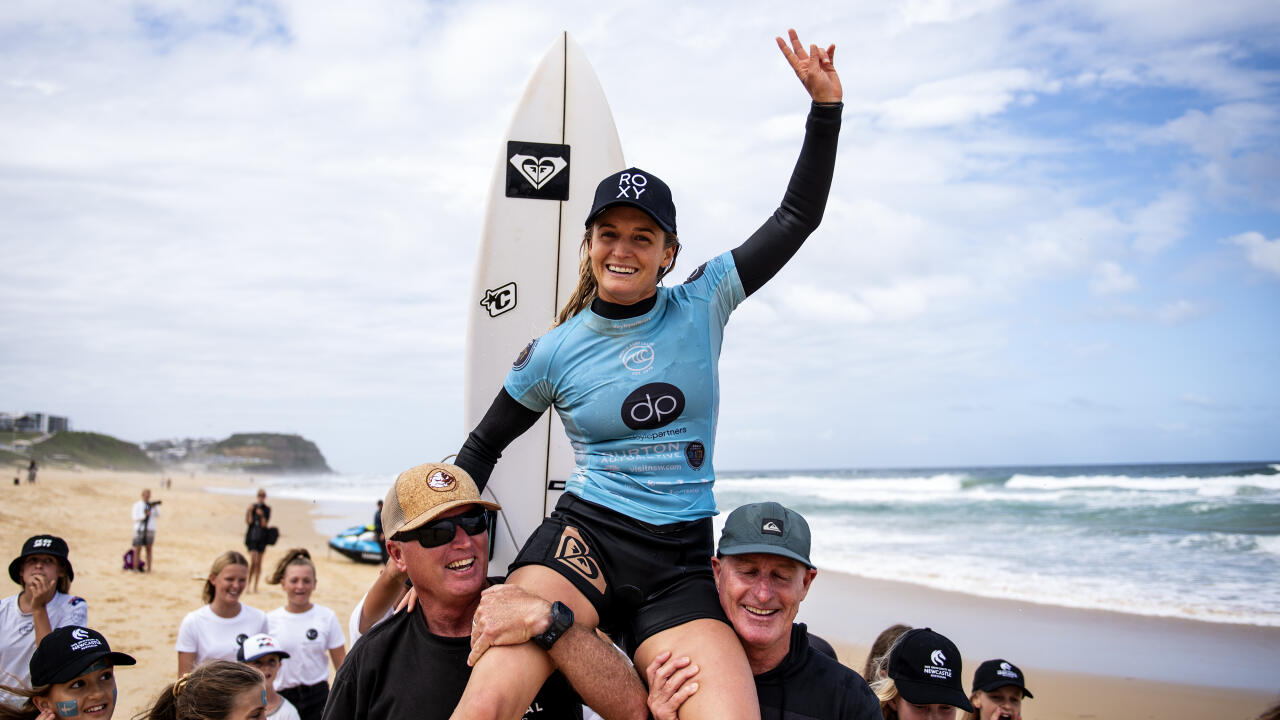 One of the last QS events before the pandemic swept the globe, Bronte Macaulay took the win in Newcastle in 2020, and now with the Tour returning to Australia, she's more focused than ever. - WSL / Thomas Bennett

While Carissa Moore and Tyler Wright starred with their performances at Pipeline, Macaulay admits that tube riding is an area all the girls on Tour need to improve to see a real quantum shift and welcomes more opportunities to compete on the North Shore.

"None of us are at a crazy high level at tube riding but I think we've all got heaps to improve on," Macaulay continues. "I kind of think it's the way the sport is heading having an event at Pipe." Macaulay smashing the top off a frothy one at Margaret River in 2017. Growing up in Western Australia, she knows the break better than most on Tour. - WSL / Matt Dunbar

Having competed throughout Australia as a junior, Macaulay can't wait for the Australian leg of the CT to blast-off and will be feeling confident heading back to Newcastle having won the event in 2020 when it was still classed a QS 5000.

"Yeah, I always love coming back to Newy," she says. "I've got lots of friends in the area and feel right at home. Winning the QS event last year was a really good memory and a nice confidence booster going into the Tour event."

The West Australian is looking forward to two events in her home state and excited about the addition of the Rip Curl Rottnest Search event to the Australian leg of the CT. The area brings back fond memories for Macaulay who visited well before her professional surfing career took off. "I've only been to Rottnest twice when I was around 8 and 10 years old. I didn't surf back then, but have great memories of going over there on the ferry with my friends, renting bikes, and riding around the island," Macaulay says. "I actually caught my first fish at Rottnest with a hand line off the jetty. I had to throw it back because it was so small [laughs]."

"I think having Rottnest is a really exciting addition for the 2021 Tour. It's a beautiful small island just off the city of Perth and I've heard the waves are really fun. I'm sure they'll be a lot of quokka selfies going down during the event."