Are we still calling it Tokyo 2020? I guess so. Despite some uncertainty in the past few weeks over whether the games would run at all, the Tokyo 2020 format for surfing competition has been released by the International Surfing Association.

As the above image shows, on the men's side, the first 10 slots will be taken up by competitors from the WSL Championship Tour. Those surfers will be: Gabriel Medina and Italo Ferreira representing Brazil, Kolohe Andino and John John Florence for the U.S., Owen Wright and Julian Wilson representing Australia, Michel Bourez and Jeremey Flores for France, Jordy Smith of South Africa, and Kanoa Igarashi of Japan. Lucca Mesinas of Peru has qualified through the 2019 Pan American Games, and the 2019 ISA World Surfing Games brought in four more competitors, Frederico Morais (Portugal), Ramzi Boukhiam (Morocco), Shun Murakami (Japan), and Billy Stairmand (New Zealand). Five more slots remain, to be determined at the 2021 World Surfing Games which is set to run in Surf City, El Salvador from May 29-June 6. Could 2021 be the year John John Florence wins a World Title and an Olympic Gold Medal? - WSL / Parallel Sea

On the women's side, only the first eight slots will be filled by surfers from the WCT: Carissa Moore and Caroline Marks for the U.S., Steph Gilmore and Sally Fitzgibbons for Australia, Tatiana Weston-Webb and Silvana Lima will be representing Brazil, Johanne Defay will be surfing for France, and Brisa Hennessy for Costa Rica. Daniella Rosas qualified through the 2019 Pan American Games, hosted in her home country of Peru which she will be representing. The 2019 World Surfing Games qualified Bianca Buitendag (South Africa), Shino Matsuda (Japan), Anat Lelior (Israel), and Ella Williams (New Zealand). That leaves seven slots open for Olympic hopefuls, to be determined at the 2021 WSG.

The rest of the two infographics above describe how seeding will be determined for the competition rounds. All that's missing for matchups and predictions to begin circulating is the athlete seeding assignments. For Round One, there will be two WCT surfers per heat, along with two surfers from the WSG/Pan American Games. I reached out to the ISA for more information, and learned that the WCT surfers' standings from 2019 will be taken into account, so original Seed One will be Italo, Medina at number two, then Jordy, Kolohe, Kanoa, John John, Owen, Jeremy, Julian, and Michel. So Italo will face off with Michel in Round One, Medina and Julian Wilson in Round Two, etc.

John John and Kanoa will be an interesting heat to watch, with two world favorites facing off, Jeremy Flores and Jordy Smith should be an interesting matchup as well. However, as I was just informed, Round One will not be an elimination round. "If you place third or fourth in your Round One heat, you go to Round Two. If you place first or second you go straight to Round Three," Evan Quarnstrom of the ISA said over email. "Round Two is two heats of five surfers where the bottom two of each heat are eliminated. This turns the rather awkward number of 20 total surfers down to a nice 16 where typical single elimination, two-man heat brackets continue to the finals to determine the winner." So it sounds like things won't get really dramatic until the second round, and any wagers based on who-will-eliminate-who will have to wait until then to be laid down. 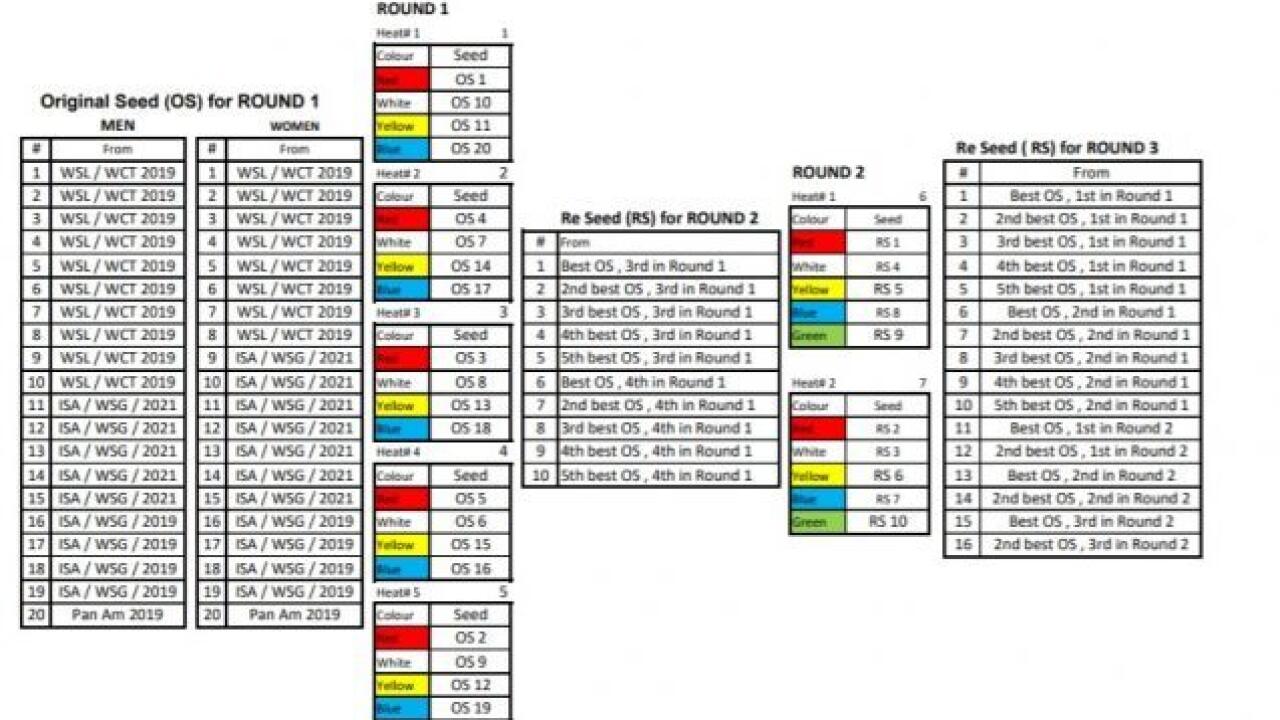 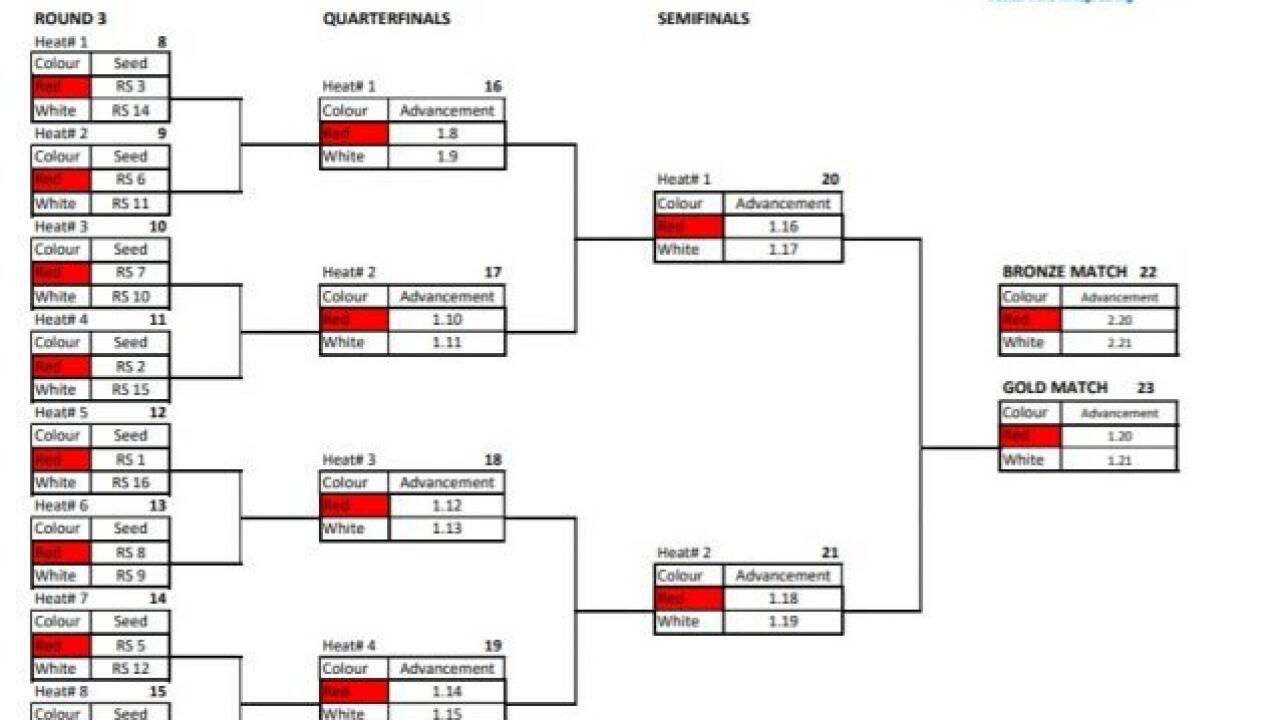