Chapter 4: Billy Survives A Harrowing Trip Back To The U.S. And Begins His Long Road To Recovery
17:49
Up Next: Replay Video
- WSL
Sunday, February 28, 2021
Chapter 2: "Best Trip Ever To Worst Possible Situation", The Moment Everything Changed In Morocco

Chapter 4: Billy Survives A Harrowing Trip Back To The U.S. And Begins His Long Road To Recovery

After a harrowing 6,000-mile emergency flight from Morocco to California, the moment Billy Kemper touches down in Los Angeles and is finally reunited with his family and loved ones marks the end of one, life-threatening journey and the start of the long road to recovery.

In "BILLY: Chapter 4," the story of the big wave World Champion continues to unfold as he remains in unbearable pain after suffering a wipeout in Morocco on the wave of a lifetime. Rushed into surgery, finally, the tides turn and Billy gets some good news. The doctors are optimistic and the results of their efforts leads to immediate improvements, including a few first steps around the hospital room.

As the situation with his hip starts to progress, the impact of Billy's wipeout in Morocco becomes more evident. Torn ACL and MCL ligaments and a torn meniscus in his knee all lead to additional surgeries. Developing a trusted relationship with Dr. Masi Reynolds, the process forward continues.

In this installment of "BILLY," beyond recovering from his life-changing injuries, Billy dives deep into what it was like growing up on Maui. With his father out of the picture and an older brother struggling with substance issues, he acknowledges that life coming up wasn't always easy. 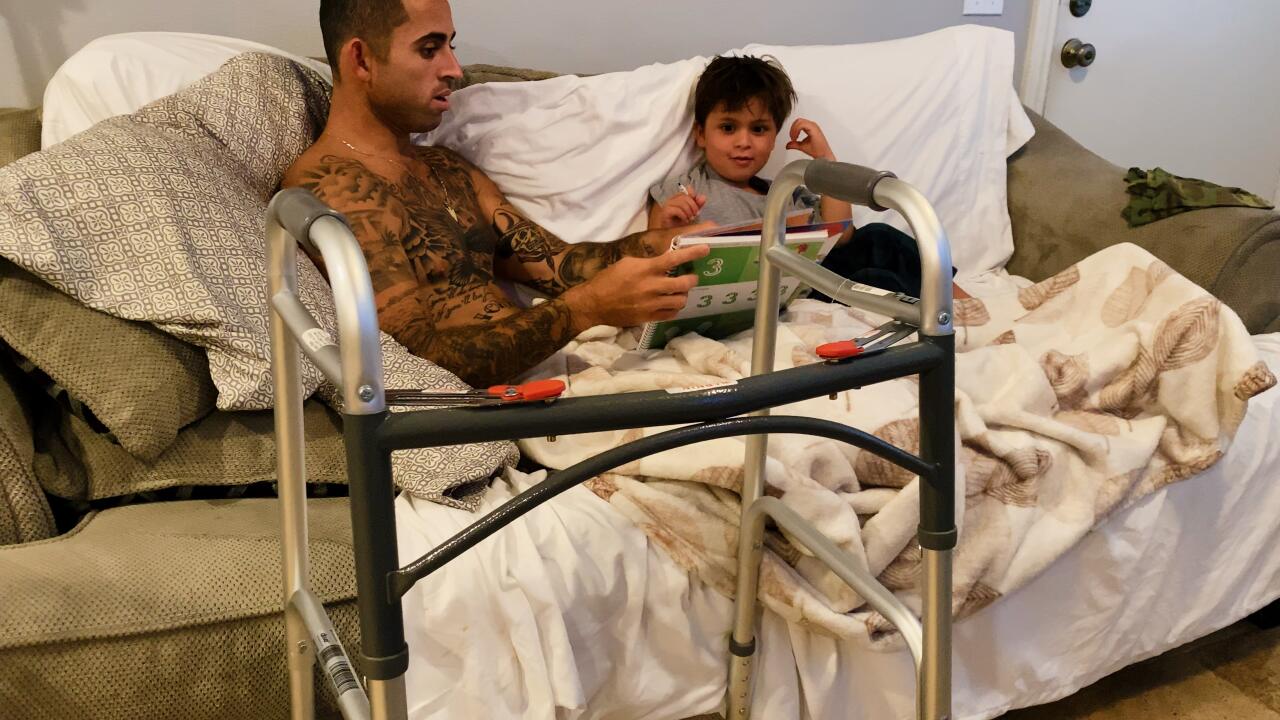 Billy Kemper recovers on the couch with his son after his hip surgery in Long Beach, California. - WSL

When his brother, Eric Diaz, died in a car crash when he was only 18, the trajectory of Billy's life changed forever. His love for surfing, which he got in part from his brother, who also influenced outer island surfers such as Ian Walsh and Bruce and Andy Irons, was built on a foundation of hard work and determination to be one of the greatest big wave surfers in the world.