"The furthest wave on the point is Ladies, named as it breaks in front of the Ladies Pavilion at the ocean baths. That's the righthander where most of the surfing at Merewether goes down," R-cal says.

"The shelf at Ladies is fun around three-to-five feet, and with a nice south sell and any wind from the west it can provide really fun rippable walls. You could maybe compare it to Bells in a way, it has some fat sections, but also some steeper walls and can be a long wave. It's challenging though, and hard to read, but I'm sure the world's best will make it look good."

"A couple of hundred meters out from Ladies, is a ledge called Third Reef. That breaks when it hit six feet or so. It has a big sucky takeoff, then goes fat in deeper water. It can still have a nice wall, and when it hits the inside it can barrel, wall up, or closeout, depending on the banks.

Even on six-foot days, some waves will cap on the Third Reef then reform on the inside Ladies ledge and those can be good too. It's a tricky wave though and the people who have spent the most time out there do well. I'm hoping that works for me."

"When there is no sand along the point near the beach, you can get a rip bowl running down next to the rocks, hence it's very original name. It's a really fun wave and where I learned to surf on my backhand. On a clean east swell, it's super rippable and bowly. However it can only handle up to four-foot max, but even at that size, it can be great wave for high-performance surfing. I can imagine Italo going bezerk on that wave." Ryan Callinan on the wave he learned to surf at. - WSL / Thomas Bennett

"Pogo's is the stretch of beach that runs for 200 yards north of the rocks of Merewether. It's named after the Pogonoski family who lived in front of break in the 1950s. There's no real defined peak, but if it's been raining you might get a rip bank off the drain outlet there. Otherwise, there are often shallow banks out the back that pack a bit of punch on the lower tides. It can get ragged, but provides some incredible ramps too."

"Dixon Park is another 200 meters north of Pogo's and is the stretch in front of the Surf Club and big car park. There's nothing that really defines whether the banks will be good or not, but as soon as we let a large nor-east swell and offshore winds, it will invariably be really good. I can hold really big swells and barrels, so it's a phenomenal wave and one I chase every chance I get. Though those epic days are rare, it's a special place for me. And when it's not one of those epic days, it's still pretty rippable."

Current State of The Banks

"I'll be honest, the waves haven't been great recently with a lot of onshore winds, though the banks do look okay. We did have had a really good, big south swell day at Merewether recently. If that happens for the comp it would be really exciting. However, in an ideal scenario, we'd get a solid northeast cyclone swell. It would be great to show what the beachbreak is capable of. It can be world-class, but those are rare special days. However, this is a consistent spot that handles all swells and has more waves on more days than most stretches on this part of the coast. I can't wait to see the likes of John John and Gabriel surf the wave I surf every day and see the approach they take." 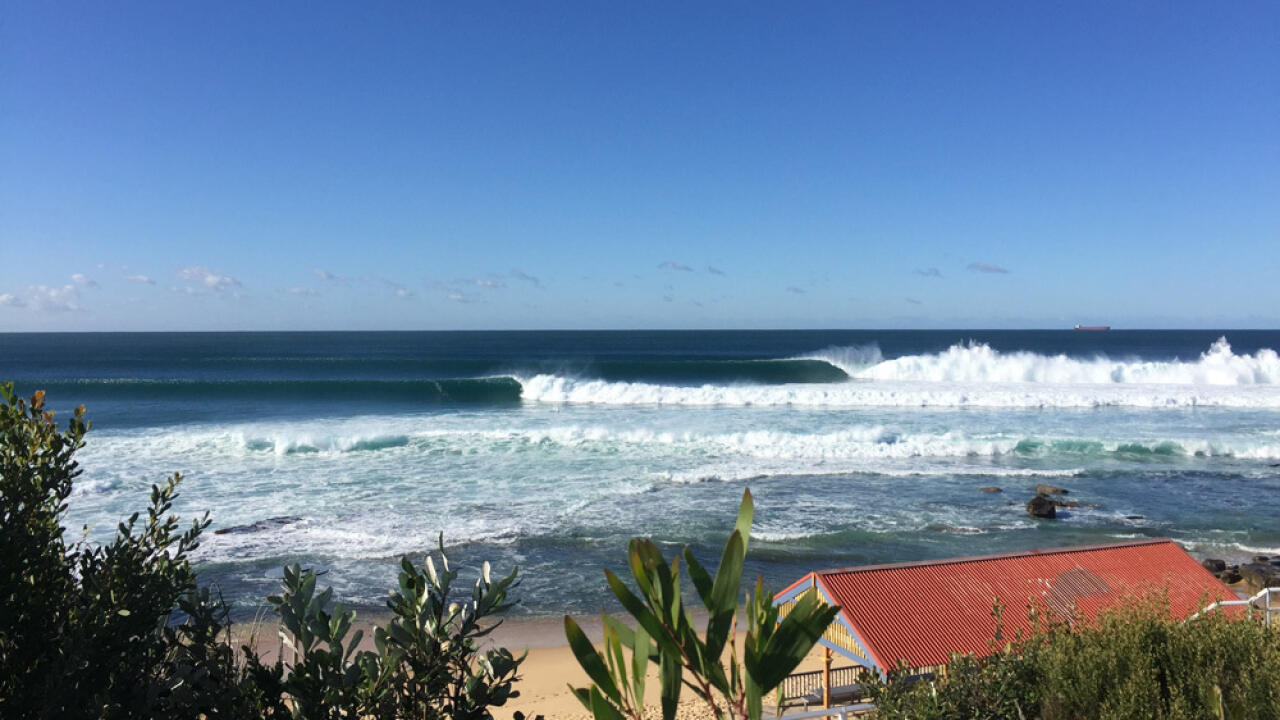