With the addition of three new venues to the Australian leg of the 2021 Championship Tour, dialing in the quiver isn't as straightforward as it used to be. Essentially surfers will need to be prepared for anything and everything the ocean can throw at them.

Newcastle and Narrabeen in particular -- the locations of the first two events in New South Wales -- could throw up anything from onshore slop to big, clean, hollow waves. Autumn in the Southern Hemisphere is the best time of the year for swell and conditions at both spots, but with the Rip Curl Newcastle Cup presented by Corona still about two weeks away it's still too early to know exactly what the forecast holds.

Of course, this is a situation master shaper Darren Handley is more than capable of handling. His long relationship with some of the biggest names in the sport has helped produce multiple World Titles, and with Stephanie Gilmore on the hunt for a record-breaking eighth Title, he's been getting her boards finely tuned for the Australian leg. 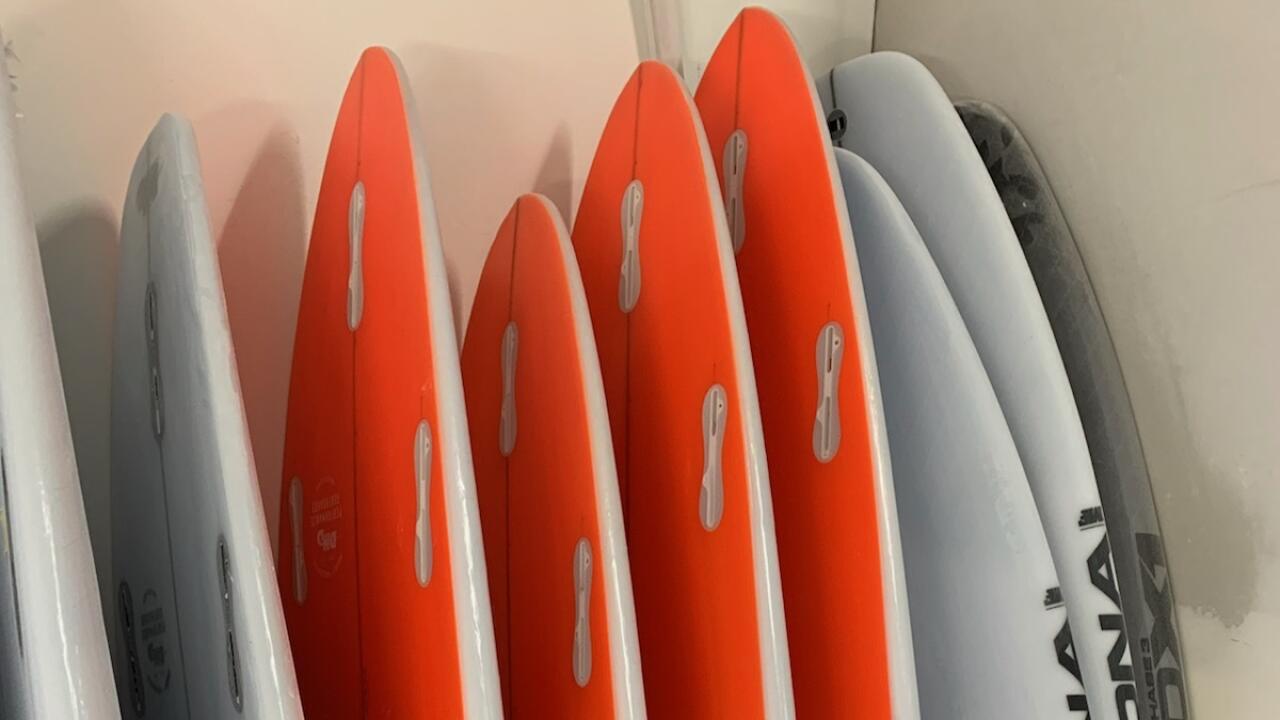 Going with the orange power spray on some of her boards, Gilmore will have no shortage of options to choose from when the Australia leg kicks off in April. - WSL

Handley says Steph could be riding anything from the boards he made her for Hawaii -- if there's a big south swell in Newcastle -- to a fleet of shorter, round-tail DX1 models that have also been working really well for Owen Wright.

"Usually we have a good head start here in Queensland with the waves at Snapper, and Steph has had a lot of success at Snapper. Same with Bells and we've been able to keep the boards pretty similar," Handley told the WSL.

But with the first two events now in relatively unfamiliar territory, they've had to put their thinking caps on and make a few adjustments.

"The conversations I've had with Steph were that if it gets a bit larger at Narrabeen, she sort of wants to step-up to a little bit longer board, like a 5'11" just on the backhand. She feels like she surfs better on a longer board." 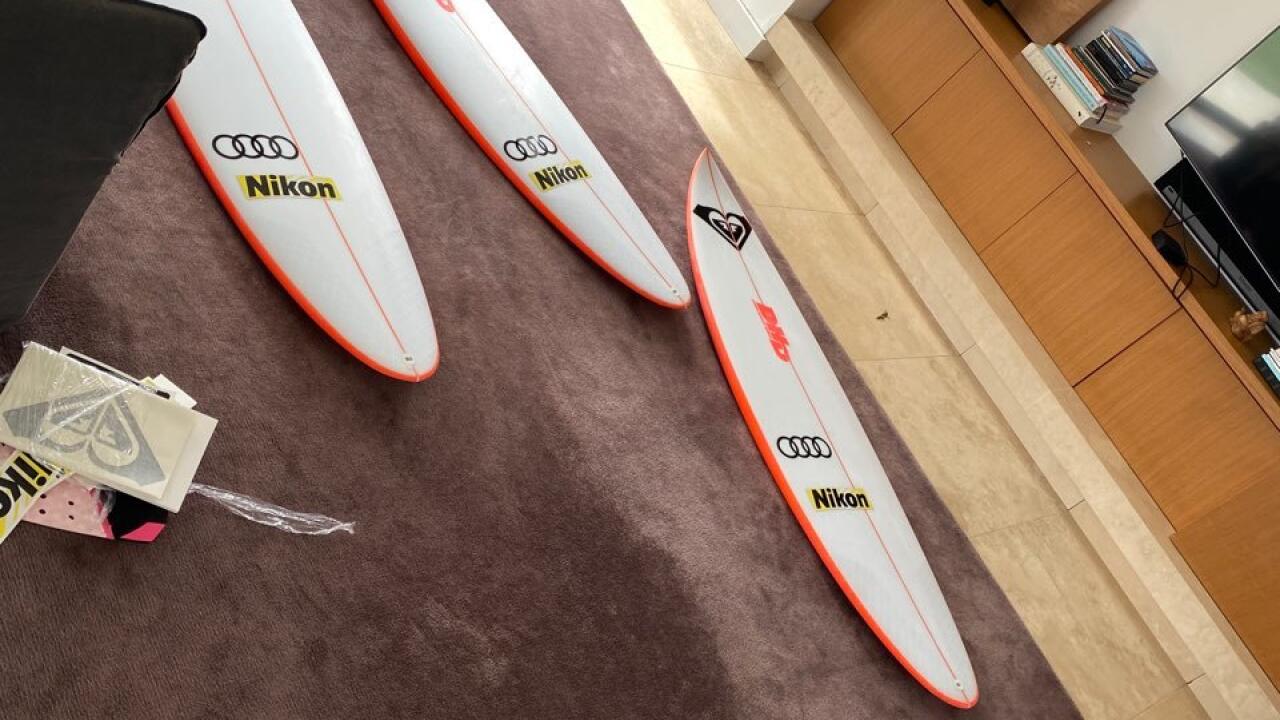 Some of Stephanie Gilmore's boards for Australian leg of Tour, stickered up and ready to go. - WSL

"And as far as Newcastle goes, you never know what you're going to get. You can get a big south swell where she could be riding some of the boards that I made her for Hawaii, seeing they didn't get to surf Sunset. Or it could be small little beachbreaks and she could jump all the way down to a couple of 5'8"s and 5'9"s that I've made for her for those smaller types of waves," Handley continues.

Handley and Gilmore have one of the longest and most fruitful surfer/shaper relationships in the history of the sport, so there's no need to reinvent the wheel, but a few subtle changes have been made to help Steph finish her waves with an exclamation mark without sacrificing too much consistency.

"She really surfs great on the round tails or the rounded pins, so most of her boards are all round tails or rounded pins, and we've also widened the boards a bit, a little bit wider in the nose just so that last turn, she can really give it to it, but it's just bit a little bit more stable in the landing. Sometimes they can sort of over-commit and then the board gets a bit narrow and a bit tippy, so we have just added that little bit to her boards to make the turns big, but that last turn safe.

"She's got some great boards from last year that we put together, but we really didn't get to put them in the water that much because of COVID. I'm thinking she'll take somewhere around eight to nine shortboards and look at what sort of conditions come," he said.