North Narrabeen is a high-performance wave, which as you can see from these photos taken on April 11, gets steep, fast and hollow. Ferreira wasted no time, making the two-hour drive down the coast from Newcastle to Sydney's Northern Beaches to get set for the next event, the Rip Curl Narrabeen Classic presented by Corona.

He's staying with the owner of Manly Surf School, Matt Grainger (who you can see in the whitewash of the shot below watching Italo boost a huge alley-oop). No doubt, Grainger will have plenty of local insight to share with Ferreira. 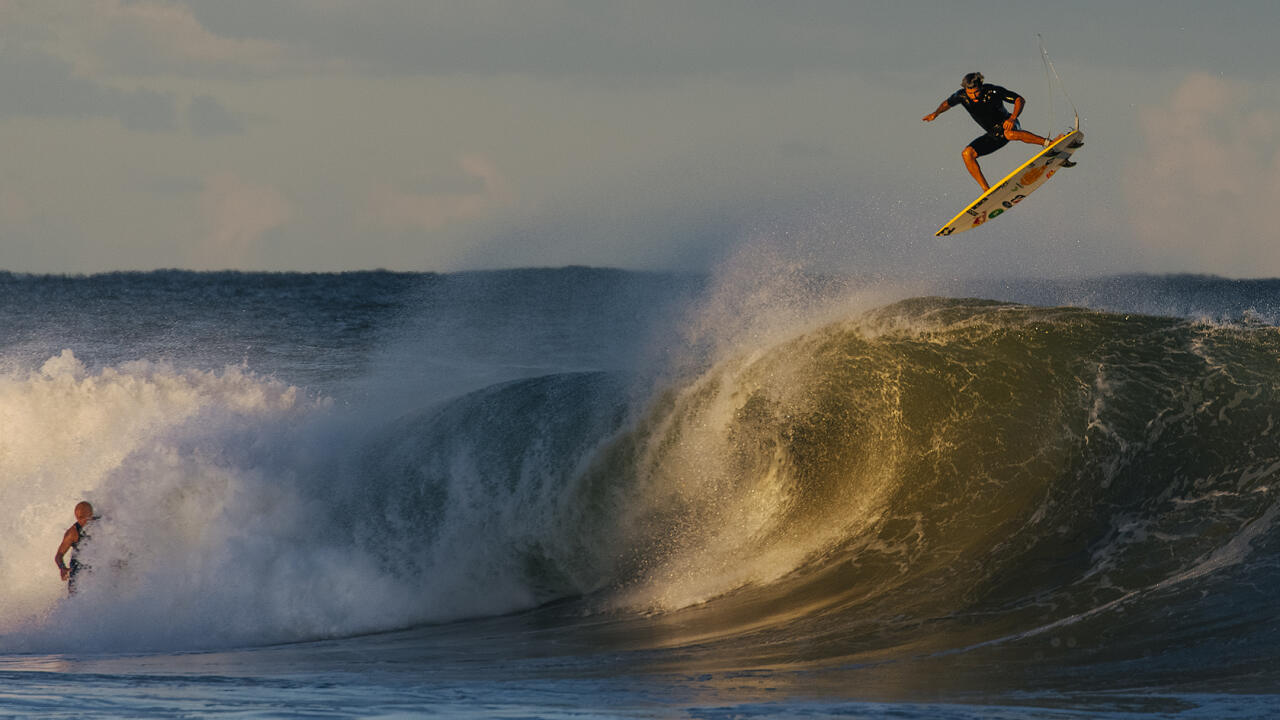 Matt Grainger let Ferreira go on this one -- then straightend out and enjoyed the view. - WSL / Matt Dunbar

"We checked out the bank, and he wasn't even going to surf, and then he saw it and he just got so excited, so we ran back, waxed all the boards up with his crew and went for a surf," Grainger told the WSL.

"I was just saying, hey these are the spots where you can take off, just to show him around a bit. Then that wave came ... I was on the inside, I was going and I saw him -- I saw his eyes -- and went, 'Go! Go! Go! And then he launched that mad alley-oop. It was sick." Grainger, a highly-respected coach who grew up on the Northern Beaches and chases waves up and down the peninsula, will act as in informal sounding board for the defending World Champion as he tries to take a second Championship Tour win in Australia.

"He's so happy, he's been trying to find a high-performance left for ages and now there is one. He's super exited," Grainger continued.

Two-time World Champion and Newcastle runner-up Gabriel Medina is another goofy-footer who will be amped by the prospect of a high-performance left on Tour. After a Semifinal clash at Pipe in December, and now the Final in Newcastle, the two Brazilians' rivalry continues to grow. Ferreira, who sits atop the WSL Leaderboard, also claimed the 2019 World Title and Pipe Masters trophy right in front of Medina's eyes, so if we're lucky and they meet up again, expect some fireworks in Narrabeen.