WSL commentator Joe Turpel has been labeled "the voice of surfing" having made his live broadcast debut in 2007. Since then Turpel's smooth vocals and encyclopedic knowledge of surfing have soundtracked every significant surfing event on the CT tour.

Turpel was born in San Dimas, California, but his family moved to Oahu when he was about six years old. As an 11-year-old in Hawaii, Turpel was introduced to the world of sports commentating while attending a summer course at Punahou school in Honolulu. 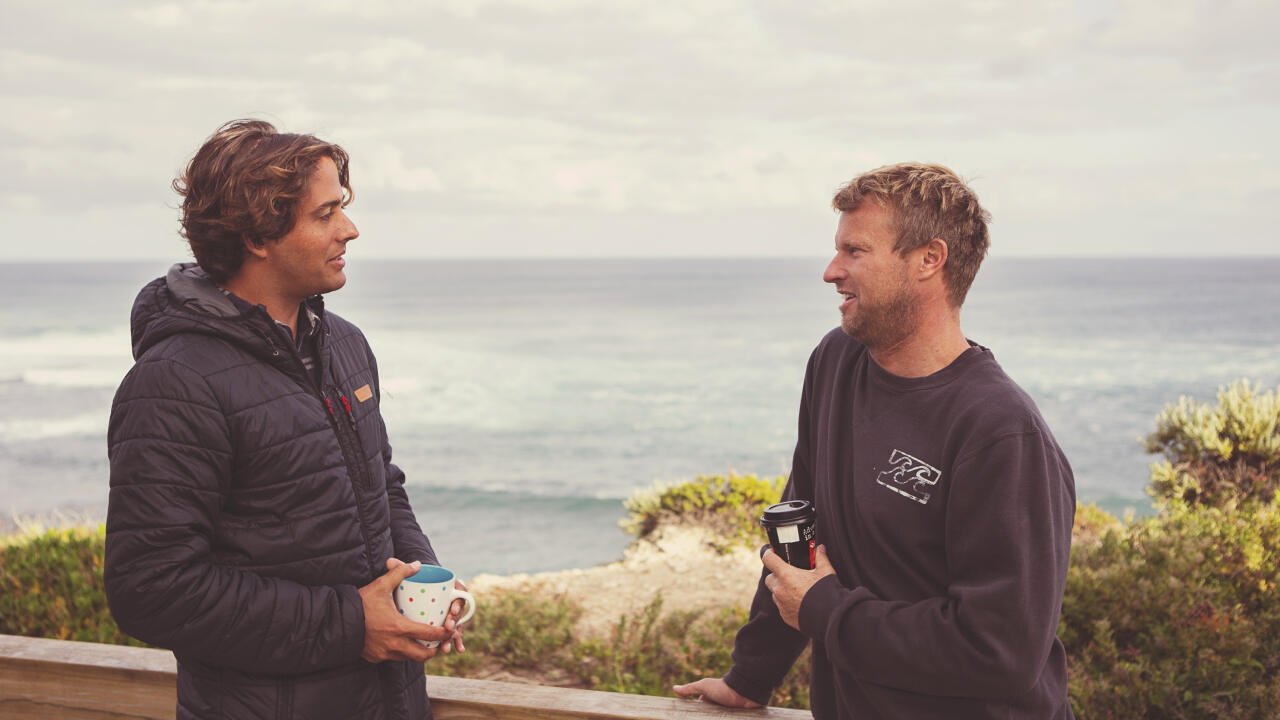 Joe Turpel and Taj Burrow commentating over a cup of coffee in 2015 at Bells Beach, Australia. - WSL

The Turpel's moved back to Laguna Niguel, California when Joe was 13. His father, a former lifeguard, surfer, and sailor, held down several jobs in Hollywood, including working at Universal Studios as a stuntman for the A-Team Live action show.

Turpel completed High School in California and studied Communications and Dramatic Arts at UCSB. A talented surfer with a smooth style, he was part of the college surf team that claimed a national title. During college, he started to beach announce at small junior surf events, which led to further gigs on the NSSA circuit. In 2007 he received his big break when he worked on his first webcast at a standalone Women's CT event up in Bahia, Brazil.

15 years on, and dozens of laps of the globe later, he has developed into one of surfing's most recognized, enthusiastic, unflappable, positive, and professional commentators. His on-screen partnership with former World Champion Martin Potter was a constant throughout the last decade of surfing broadcasts. And the 35-year-old shows no sign of letting up the job he loves.

Now based back in Hawaii and living just a stone's throw from Rocky Point with his partner and young daughter, it's almost inconceivable to run a world-class surfing event without Turpel talking us through it. His energy and passion for surfing have remained undiminished, and few have been able to explain the sport with such clarity, and feeling. Long may it continue.