Johnny Cabianca has been shaping Gabriel Medina's surfboards for over a decade. We checked in with the Brazilian-born, Basque-based shaper to see what the two-time World Champion will be riding at the Surf Ranch:

Gabriel's been on a tear this year, has there been any difference in the approach to his equipment?
I would say Gabriel is taking way more interest in his boards and giving loads more feedback than ever before. Because I was so close to his dad Charlie, most of the conversation went through him. Now Gabriel doesn't have that filter and he is making the calls on his equipment. So now we are in weekly contact and that's helped with our relationship. Hopefully, that will lead to even better boards.

The next event is the Jeep Surf Ranch Pro. What challenges does Kelly's wave provide as a shaper?
Well, I'm lucky that Gabriel first surfed the artificial wave near my house when he was 16 and so he has a great understanding of the timing needed for these semi-static waves. You can't go too far out from the pocket like a normal wave in the ocean, and so the boards need to handle that.

How different is Gabriel's normal quiver from the one for the Surf Ranch?
In terms of foils, templates and models, I haven't ever changed anything from what he uses in his everyday free surfing and competition boards. There's no difference between the freshwater and saltwater boards. However, we've been working on the epoxy boards a lot. Gabriel likes the epoxy in the Medina model and thinks that will be a great fit for the left. 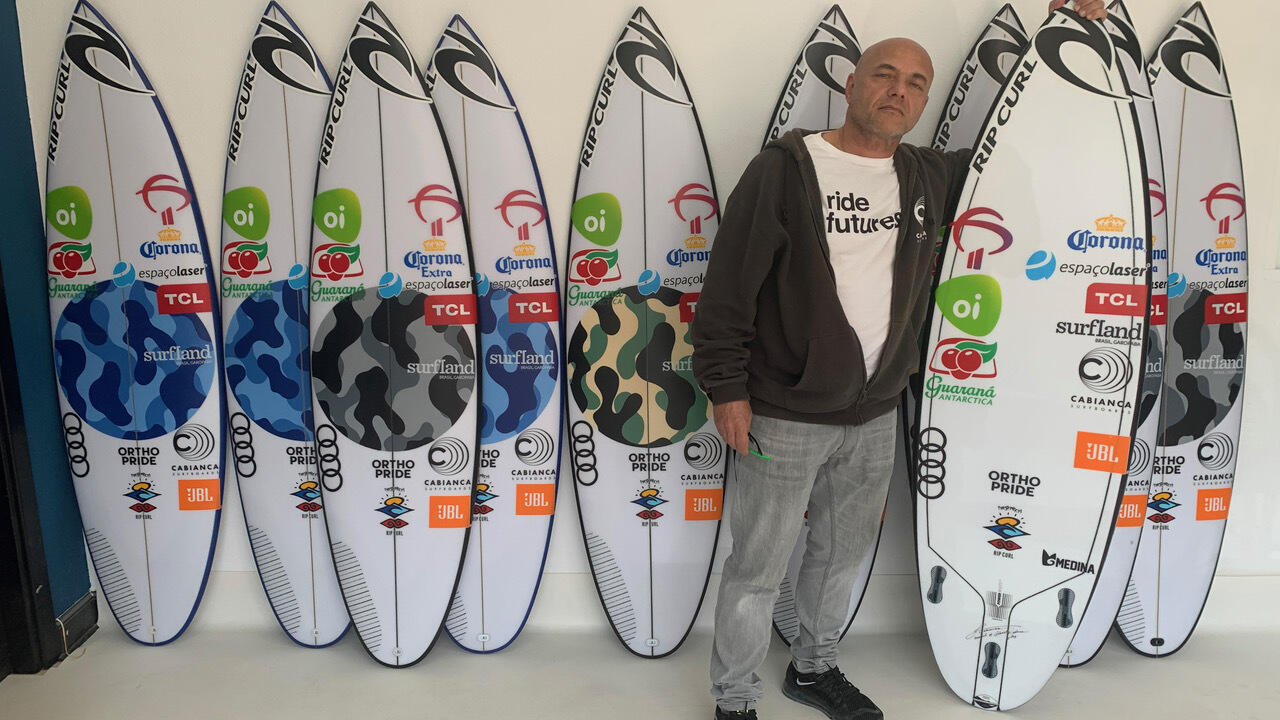 Does he switch up depending on whether he is surfing the right or the left?
Yes, exactly. So he surfs the DFK on the right, because it's a more technical board that handles the power on his backhand better. Plus the right has more push than the left. The left has a more open face and suits the Medina model better, and we'll be going for the epoxy on that one.

Have you tried anything new for the event?
We've also changed the fins, which is probably the biggest change. He's been trying the Future Fins. He's mostly been using the John John model, which are quite bigger than what he was on before, and he's liked them, so will see how that goes.

Any other news?
Not really, Gabriel is in a great space right now, and I'm really stoked on the new batch of boards. Hopefully, he can get another win and head to the Olympics on a high.