From the lineup at Barra de la Cruz, located in Oaxaca, Mexico, the next stop on the World Surf League's professional surf tour (August 10-20), you would be forgiven for thinking you are in Hawaii. After the rainy season starts, the mountains shimmer endlessly under the green wave of tropical forest.

During the winter months, humpbacks spout offshore. Giant manta rays cruise the shallows around the point. The tranquil lagoon down the beach from the point, once listed by Surfer Magazine as one the "best waves in the world," is recognized as a Wetland of International Importance and provides vital habitat for the birds of the Pacific Flyway. The pristine beaches that extend for miles southeastward from the point at "Barra," like much of this part of Oaxaca's coastline, include some of the world's most important nesting sites for sea turtles, including the globally endangered leatherback, ancient behemoths that only come ashore to lay their eggs and travels thousands of miles of ocean to arrive there.

Barra is the most important leatherback nesting beach in Mexico, a species that faces extinction due to industrial and commercial fishing gear entanglements, poaching, coastal development, and other threats.

"There are few places in the world that are home to such unique wildlife and pristine coastline as Oaxaca. Barra de la Cruz is no exception," explains Luis Angel Rojas Cruz, WILDCOAST's Oaxaca Program Manager. WILDCOAST is working with communities and Mexico's National Protected Area Commission along this coastline to protect its nesting beaches, mangroves, and coral reefs.

"It is really extraordinary to witness the miracle of Oaxaca's protected and gorgeous coastline," adds Rojas Cruz. "The fact that this globally important coastal zone is still relatively pristine is due to the conservation focus and commitment of the coastal indigenous communities of Oaxaca. The indigenous residents of Barra de la Cruz deserve global recognition for their heroic and successful initiatives to protect the world-class wildlife and ecosystems within their community." Over the past 15 years Barra de la Cruz has become a model for how communities can proactively protect natural resources they depend on for their livelihoods. "The combination of the importance of our beaches for surfing, leatherback sea turtles, and as a hot spot for migratory and resident birds is what makes Barra so special," says Pablo Narvaez, a Barra resident, eco-guide, and environmental activist.

"In the case of Barra," according to Zach Plopper, Associate Director of WILDCOAST, "we have a great example of a proactive community that recognizes the importance of protecting their most important and vulnerable ecosystems and wildlife as well as a world-class wave."

"By not developing the coastal zone and using surfing to provide collective economic benefits for the locals, the community of Barra has set a sustainable example of effective ecosystem conservation," continues Plopper.

In Barra de la Cruz the community decided to prohibit coastal development, with the exception of a collectively managed restaurant.

"What also makes Barra so unique is that we can promote ecotourism activities that benefit local residents, without ruining the natural resources that make Barra de la Cruz such a world-class surf spot and wildlife habitat," adds Narvaez. The coral reefs of nearby Huatulco National Park are among the most well preserved in southern Mexico. - Claudio Contreras Koob

"What now also makes conservation efforts like these so globally important is that the tropical forest and wetland and mangrove ecosystems that are being conserved along the Oaxacan coast, and especially in Barra de la Cruz, sequester carbon and helps in the fight against climate change," echoes Rojas Cruz.

Down the coast in Playa Morro Ayuta, a globally important olive ridley sea turtle nesting beach and world-class surf spot, indigenous Chontal community leaders have also committed to protecting their 16-kilometer-long coastline, as well as safeguarding nesting sea turtles and the hatchlings that emerge by the millions. In contrast, further south in Punta Conejo, a major development proposal by the government has once again threatened a surf spot and an important coastal ecosystem. 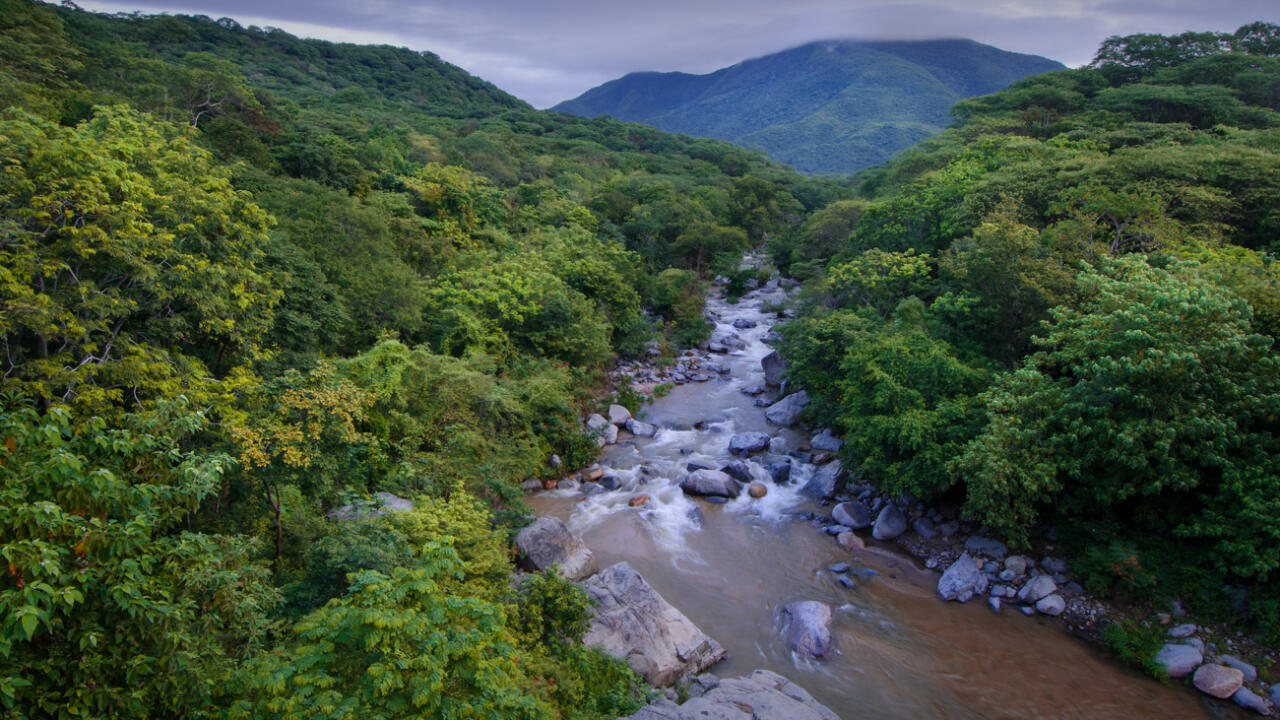 The watersheds and tropical forests in the mountains above Barra de la Cruz and Huatulco, Oaxaca help to store water and atmospheric carbon and are critical in the fight against climate change. - MIguel Angel de la Cueva

Places like Barra, that are trying to protect their resources including waves, and benefit the local economy, "just need some help with a sustainability model that can benefit everyone in the community and continue to respect the natural environment. That's really our challenge," says Narvaez.

In the case of Oaxaca and Barra de la Cruz, these extraordinarily successful locally driven coastal conservation initiatives provide a hopeful template for how we can protect world-class waves and wildlife while saving the planet.

WILDCOAST is thrilled to join WSL's We Are One Ocean campaign as a coalition member. The sea turtles that nest on Oaxaca's coastline exemplify the connectivity between our ocean spaces and the need for protection and conservation. During the nesting season, 100,000 olive ridley sea turtles can arrive at Playa Morro Ayuta in Oaxaca to lay their eggs in a single day. - Claudio Contreras Koob

WILDCOAST and the WSL are calling on world leaders to protect and conserve at least 30 percent of the global ocean, including international waters, by 2030. They urge world leaders to adopt a target at the 2021 United Nations Convention on Biological Diversity that achieves this through an inclusive process that is driven by science and represents the ocean's value to the peoples of every nation. We are also pleased that Mexico announced its commitment to support protecting and conserving 30% of marine and terrestrial habitat by 2030 which highlights the country's longstanding commitment to biodiversity conservation. Visit weareoneocean.org to sign and share the #weareoneocean petition.

Serge Dedina is the Executive Director of WILDCOAST, an international conservation team that conserves coastal and marine ecosystems and addresses climate change through natural solutions. The author of Saving the Gray Whale, Surfing the Border, and Wild Sea, he enjoys surfing Barra and nearby points. @sergededina @wildcoast