The Cuervo Surf Ranch Classic will showcase the world's best longboard competitors at the renowned Surf Ranch in Lemoore, California. Following that event, competitors will return to the ocean for their first WSL appearance at the iconic First Point in Malibu, California. for the Jeep Malibu Classic pres. by Havaianas. Points for these two events will be combined with points earned at the Noosa Longboard Open from February of 2020 to determine the 2021 WSL Longboard World Champions.

"Our surfers are so stoked to be back in a jersey again and have this opportunity to finish up from where they left off in Australia," said Devon Howard, WSL Longboard Tour Director. "The Surf Ranch guarantees us perfect waves all day, as well as the most level playing field you could ever hope for, while First Point, Malibu provides the best possible surf venue to crown a World Longboard Champion." The iconic lineup of Malibu, California, will play host to the world's best longboarders to determine a World Title. - WSL / Sean Wolflick

The Cuervo Surf Ranch Classic will feature the leaderboard format where the WLT's Top 18 women and 18 men will each ride two lefts and two rights. Their best right and left scores combine to rank their place on the leaderboard. The Top 8 surfers then move on into the Semifinals before dwindling the field down once again to the Top 2 surfers as they square off on their final two scoring waves (one left, one right) to determine the event winners.

The Longboard Tour format for the Jeep Malibu Classic pres. by Havaianas will host six Rounds of competition. Round 1 will feature three surfers in six heats, with the top two spots advancing through to Round 3. The last-place finishers of Round 1 will be relegated to the first elimination heats in Round 2. Competitors who survive elimination will join the head-to-head matchups in Round 3, where the top surfer advances into the Quarterfinals, Semifinals, and Finals.

The events will include the Longboard Tour's Top 18 men and Top 18 women. Due to the previous season's cancellations, there will be no wildcards featured in these events-although cancellations and travel restrictions for athletes may open spots for the next surfer on the rankings. The Top 10 surfers at this season's end will requalify for the 2022 Longboard Tour, while places 11 through 18 will need to earn their spots through regional events. The 2021 WSL Longboard Champions will be crowned by the end of the Jeep Malibu Classic after a highly-anticipated return from these stylemasters to put on a show to the world. 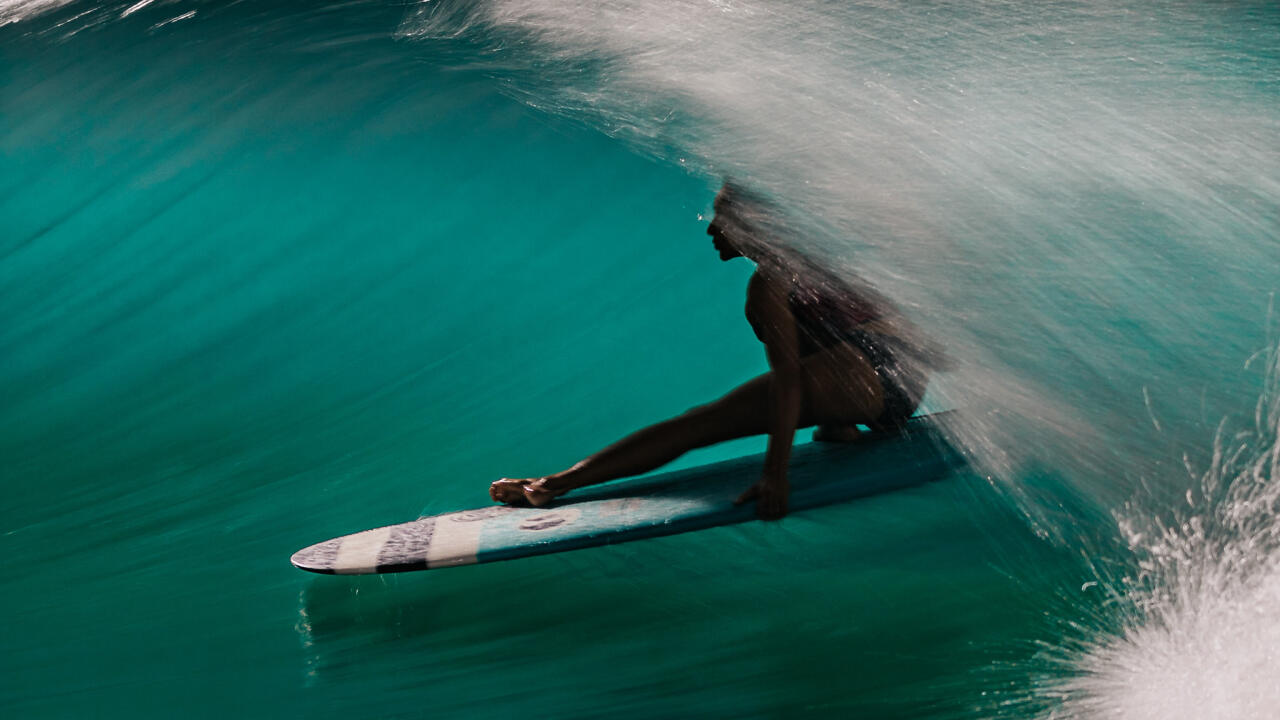 Two-time WSL Champion Honolua Blomfield is ready to get back in the hunt for a third World Title starting at the Cuervo Surf Ranch Classic. - WSL / Tommy Pierucki

Reigning WSL Champions Honolua Blomfield (HAW) and Justin Quintal (USA) are eager for their return to the competitive arena after a year and a half hiatus from competition. Both surfed in the Cuervo Surf Ranch Classic specialty event in October of 2020, which saw Blomfield earn the runner-up finish and Quintal win, but now they are ready to compete for the 2021 Longboard World Titles.

"What I'm really looking forward to most is Malibu," expressed Blomfield. "It's a special place for me because I've competed there every year since I was 10. Malibu is pretty much where my longboarding career started, and to win the world title there a decade later would be a dream come true." Haleiwa, Hawaii's, 2X WSL Champion Blomfield, 22, left the Noosa Longboard Open with an Equal 5th and now has two events to capitalize on toward back-to-back World Titles. Quintal, 31, brought Jacksonville, Florida's, first-ever World Title home in 2019 and must perform at both venues to secure a second after not competing in Noosa, Australia.

"It's been a crazy couple years," said Quintal. "But it's been nice to reflect, reset and focus on aspects of my surfing practice and life that I haven't had time for in the past. I'm stoked to see the WSL doing it's best to keep the WSL Longboard Tour going this year despite the hurdles facing running events during a global pandemic. I honestly miss everyone, look forward to having some fun with the upcoming events and seeing the other surfers again."

"I remember perfect blue tubes (at the Surf Ranch) and that's exactly what I'm looking forward to," continued Quintal. "Hope they don't just put the longboarders on one of the softer settings. Let's get it on."

World Surf League Presents: Cuervo Surf Ranch Classic
44:01
The world's best longboarders take to the Surf Ranch to bring classic nose-riding to the most high-performance man-made wave on the planet.

The Cuervo Surf Ranch Classic and Jeep Malibu Classic presented by Havaianas will be broadcast LIVE on WorldSurfLeague.com and the free WSL app. Also, check local listings for coverage from the WSL's broadcast partners.