After a marathon day in Lemoore, California, Honolua Blomfield and Edouard Delpero have won the 2021 Cuervo Surf Ranch Classic. The results give both Blomfield and Delpero 10,000 valuable points toward the rankings and their hunt for a 2020/21 World Title heading into the final event of the season in Malibu.

An impeccable showcase in the Final from eventual winner Blomfield stunned everyone in attendance with a perfect 10-point ride on her first left. The 22-year-old's amazing style throughout the wave and ability to ride switch deep in the barrel to finish it off left fellow finalists Soleil Errico, Avalon Gall and Alice Lemoigne needing a near-perfect ride to catch her.

"This means a lot and it's one of my favorite wins so far in my career," Blomfield said. "I want to thank Soleil (Errico) for pushing me to pull out all the stops and do what I had to do to win. I'm just so happy to win this event and having so much fun. I'd love to get another World Title but it's going to be tough with everyone competing so I'll give it my all."

The Oahu, Hawaii, competitor slowly built her momentum throughout the day, tallying near-excellent rides in each of her heats to keep her Final campaign alive. A marathon day, including six waves, tested the two-time WSL Longboard Champion but her grace under pressure paved the way to a massive win heading into the final event of the season.

Delpero claimed his fourth-career WSL win on a longboard in stunning fashion -- overcoming a heavy-hitting Final including reigning WSL Longboard Champion Justin Quintal, style icon Harrison Roach and Longboard Tour veteran Kai Sallas. The Frenchman earned an excellent 8.33 to begin his Final campaign on the right and backed it up immediately with another impressive 7.67 -- finding one of the deeper barrels on the left-hander in the event.

"It's been super hard work and I'm fully enjoying this victory," Delpero said afterwards. "Congratulations to all the surfers that pushed me to surf that wave at my best. There was definitely a lot of coaching coming from these tents as we had a lot of support. This is great and just so thankful for all of this. I can't wait to get to Malibu and give my everything at that event and hopefully I can get another big win there if I can keep this momentum." The elation was immeasurable for Delpero after overcoming a marathon finals day. - WSL / Grant Ellis

Delpero earned a spot into the Top 4 after replacing both of his wave on his second run to secure a Finals position, eliminating three-time WSL Longboard Champion Taylor Jensen from competition. Delpero's commitment to the barrel and footwork showcase, along with beautiful carving maneuvers, led him to the top of the rankings heading into Malibu.

A brilliant showing from runner-up, 2020 Cuervo Surf Ranch Classic specialty event winner, Errico set the tone on opening day and she continued raising the level heading into the Final -- accruing a near-perfect 9.03 and 16.28 heat total in the Semifinals. Though she couldn't find that same magic in the Final against Blomfield, the determination of Errico to win her second World Title has set up the Malibu competitor for a chance to claim that title at home. Blomfield's ability to carry her grace on both the right and left barrel went unmatched to end in glory. - WSL / Grant Ellis

"I feel really good about my result here and Honolua (Blomfield) held her own out there and did what she needed to do," Errico said. "I highly respect her for that under pressure. Now I'll just take this at a good time and try to win Malibu. I'm thankful I live in Malibu, and I know that wave really well so I'm stoked there's a WSL event there to try and get a World Title."

Australian talent Roach made a big statement with this runner-up finish and 8,000 points to his name. Heading in to the final event of the season ranked No. 2, Roach's jaw-dropping, near-perfect 9.33 put him into the Top 4 with ease just behind Quintal and started his Final with a solid 7.50 on the left to start -- but couldn't find the 8.50 he needed as the last left ran away from him. "I'm so happy to make it this far and be in those top sort of point ranges," Roach said. "It's important in these big events if you want to win a World Title and I certainly want to do that. I would've loved to win but I guess I peaked a bit early. Malibu's a dream wave. Another perfect, long right and it's great to go into the event with a lot of momentum. All things to be happy about."

Great finishes from Lemoigne, Gall, Quintal, and Sallas garnered them equal third finishes after powering through a massive day of competition.

Now, these competitors prepare for the conclusion to their 2020/21 season at the Jeep® Malibu Classic presented by Havaianas beginning October 3 - 13. 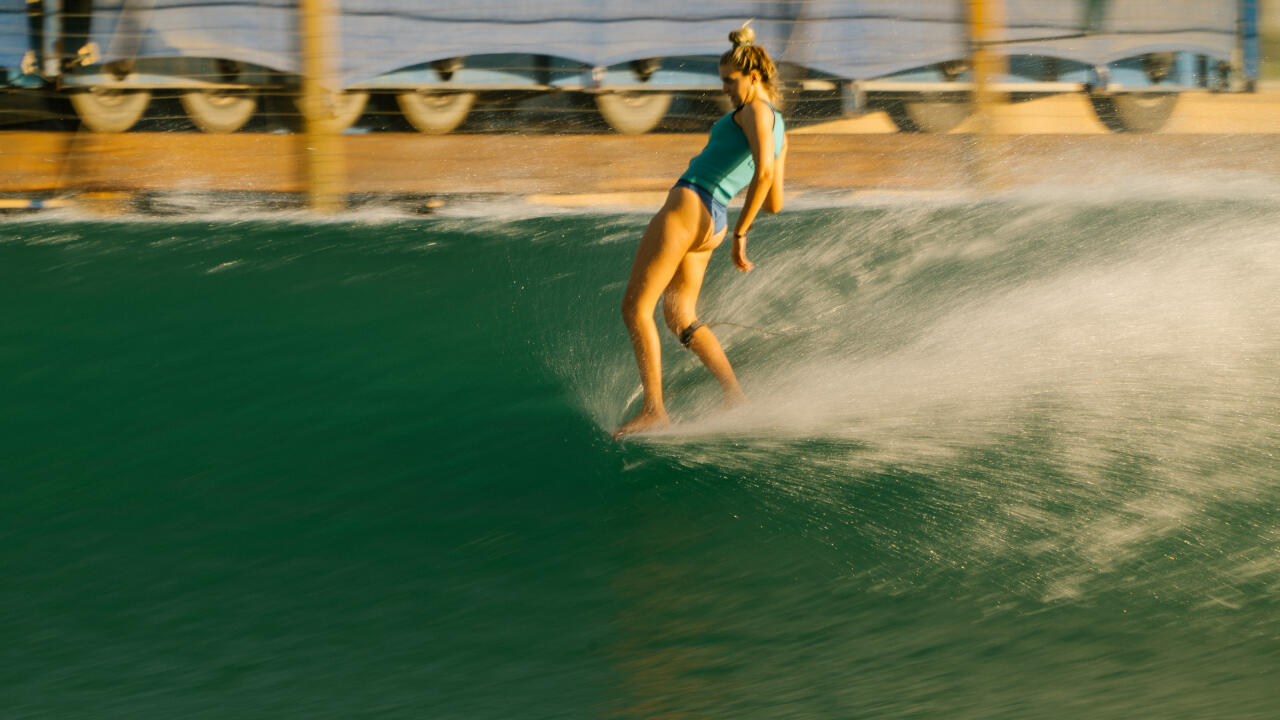 Event Winner Honolula Bloomfield catches the wave of the event, scoring a perfect 10 at The Ranch for an incredible switch-foot tube.

The women's opening day Qualifying Round heats are underway as they vie for the coveted Top 4 finals day draw.