After the first three stops or the 2021 Challenger Series Hawaii's Ezekiel Lau and Gabriela Bryan, as well as Costa Rica's Brisa Hennessy have locked in their spots for the 2022 Championship Tour.

Bryan, the only rookie in this first crop of qualifiers, hails from talent-rich Hanalei, Kauai, and came out of nowhere to make the finals of the US Open of Surfing Huntington Beach presented by Shiseido and MEO Vissla Pro Ericeira to catapult up the CS leaderboard. She settled for a 33rd-place finish at the ROXY Pro France, but ultimately, her point total was enough to confirm her spot on next year's Tour. Zeke Lau's first full time year on the Championship Tour was in 2017, and with a win at this year's MEO Vissla Pro Ericeira he's secured a spot for what will be his fourth year on Tour. - WSL / Damien Poullenot

Lau's campaign was anchored by a huge win at the MEO Vissla Pro Ericeira. A solid 9th-place at the US Open of Surfing and disappointing 49th-place at the Quiksilver Pro France round out Lau's CS results thus far.

Spending 2017-2019 on the CT as a full-time competitor, earlier this year Lau won ABC's "The Ultimate Surfer." Looking determined and focused, he'll now be back amongst the world's best when the CT kicks off at Pipeline in January 2022.

2021 marked Hennessy's sophomore season on the Championship Tour. Finishing ranked 15th courtesy of consistent string of 9th-place finishes, she failed to requalify via the CT, but put together a win at the ROXY Pro France, a 5th in Portugal and a 25th in Huntington Beach to get the job done. She'll now safely rejoin her peers next year when the women celebrate the first full Championship Tour stop at Pipeline. 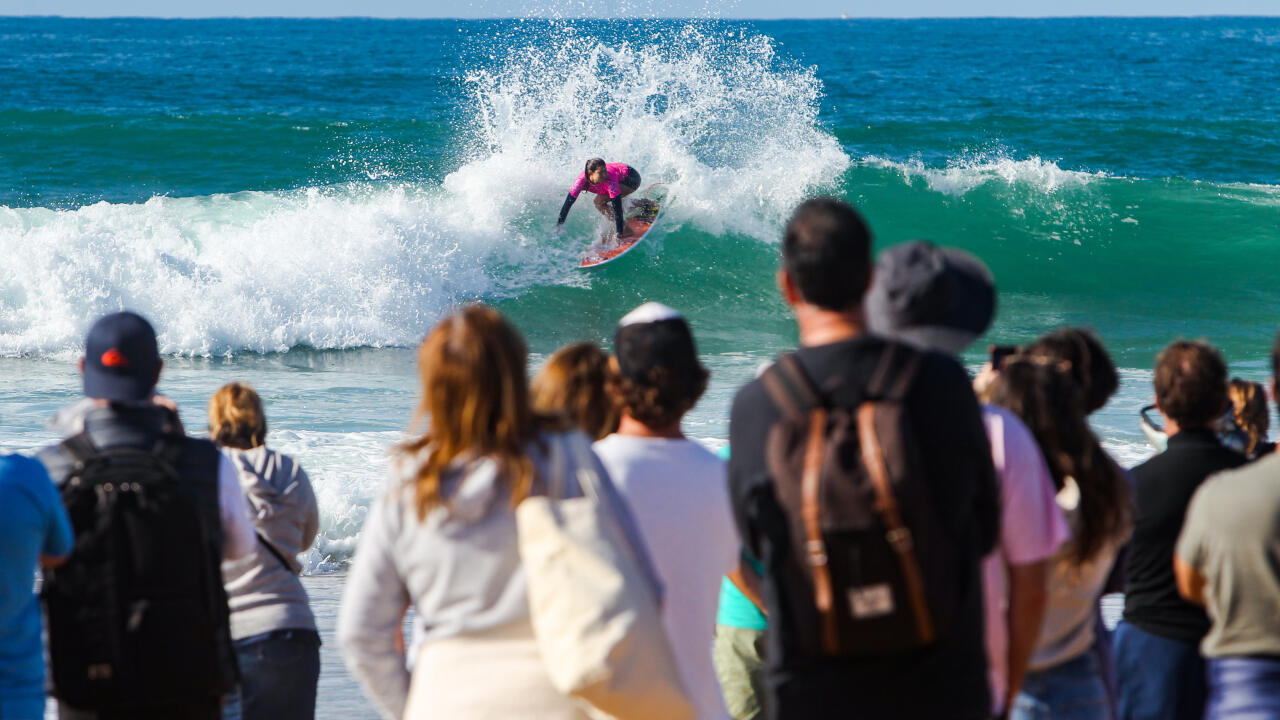 Brisa Hennessy joined the Championship Tour full time in 2019, and with her win at this year's ROXY Pro France she's clinched her spot for the 2022 season. - WSL / Laurent Masurel

On the Challenger Series, surfers compete for a chance to advance to the elite Championship Tour in 2022. For the men, that means finishing in the top 12. For the women, a top 6 finish in this year's condensed four-event season earns a spot on the CT. There is one event remaining the 2021 CS schedule, which will take place at Haleiwa on Oahu's famed North Shore this November.

The 2022 WSL CT will include 10 regular-season events in seven countries, starting in January at the world-famous Pipeline in Hawaii, for the first-ever men's and women's joint event at that legendary break. The CT will return to G-Land, Indonesia, which is back on the CT for the first time in 24 years for the men and for the first time ever for the women, and conclude in August at the infamous Teahupo'o in Tahiti before the second-annual Rip Curl WSL Finals in September, where the WSL Final 5 men's and women's surfers will face off for the undisputed World Title. Kauai's Gabriela Bryan bouyed by runner-up finishes at this year's US Open of Surfing and the MEO Vissla Pro Ericeira is the first Rookie to clinch their spot on the 2022 Championship Tour. - WSL / Damien Poullenot

The 2022 Championship Tour Rookie of the Year brought her best to Sunset Beach and proved she's ready for what awaits in 2023.

All the best waves from Gabriela Bryan and Samuel Pupo and see how they took 2022 Rookie Of The Year honors.